We well know the fact that 70 per cent of the earth is covered with water. But only 2 to 3 per cent of it is freshwater. And the rest is saline and ocean-based. The freshwater quantity is always constant and it only recycled by nature (atmosphere ). Even the two-third of freshwater is not available in liquid form — It’s in frozen form. Groundwater is the major source of drinking water, it provides 25 to 40 per cent of earth’s drinking water. Due to surge of population, clash for a clean, copious supply of water for drinking, cooking, bathing and sustaining life intensifies. 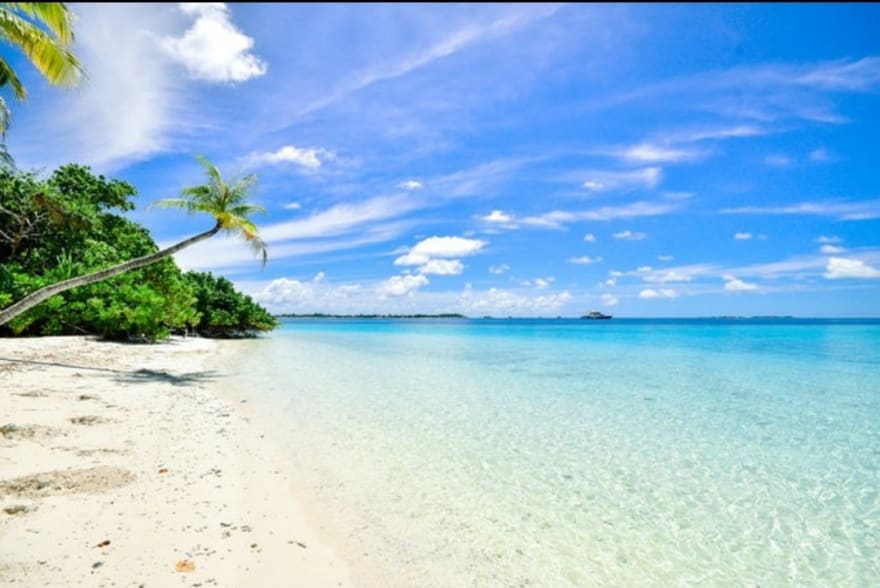 According to the world health organization climate change, population growth, demographic changes and urbanization already pose challenges for drinking water availability. By 2025, half of the world’s population will be living in water-stressed areas.

Is it possible to solve this problem? Then the answer is “YES”. we will be able to convert saline water to drinking water by the help of a device called as SVP.

SVP
SVP stands for saline water — vapour — pure water. The name itself represents the stages of conversion of the saline water to pure water.SVP is a portable device which can be carried by anyone and can be used as a source of drinking water by providing saline water.SVP is based on a very simple technique used to separate salt from seawater. The technique used is the same but the evaporated water is collected and condensed to get pure water. In order to get rid completely from salinity, the process is repeated multiple times.

1.Conventional method. This method is well known as the Distillation process. This is a process in which different components in a liquid mixture having different boiling points are separated by using selective boiling point and then condensing the same component simultaneously. In this method vaporization of saline water is done by heating the water and then collecting the vapour in a closed container and condensing it produces water, free from salinity. The image below demonstrates the process, how the conventional method is used. In one bottle saline water is present and the other one is empty and placed in front of it such that when the bottle containing saline water is heated it will collect the vapour produced. The vapour is then condensed and hence pure water is obtained. Below picture shows the process of bottle distillation for saline water. 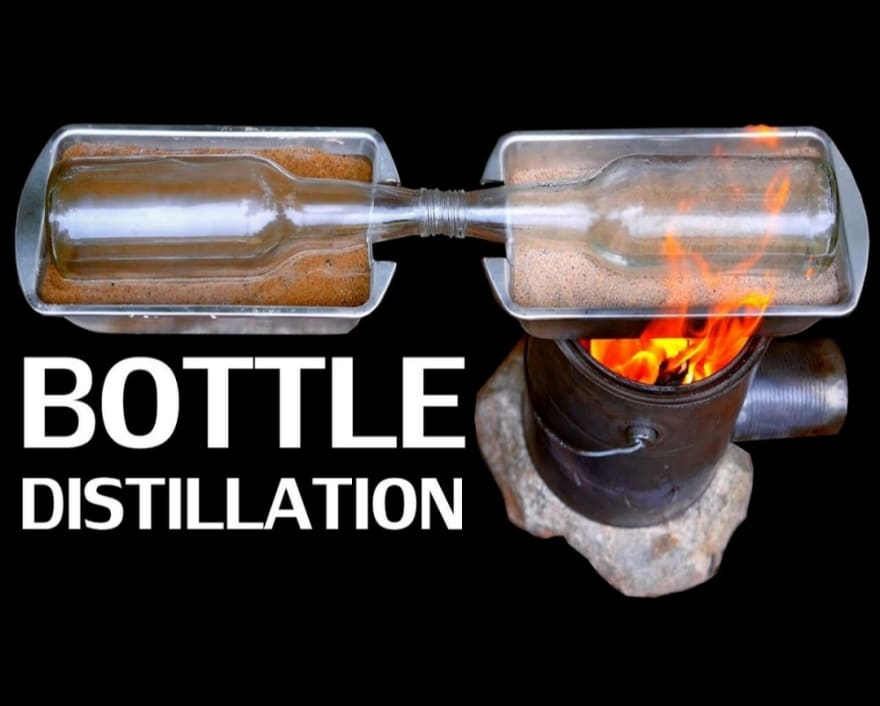 2.Vaporization by ultrasonic waves. Ultrasonic waves can be used to produce vapours of water easily without wastage of energy. Ultrasonic vaporizers have vibrating metal diaphragm functioned by ultrasonic waves. When voltage is applied across the diaphragm it vibrates with a frequency in the range of ultrasound. when diaphragm vibrates in such a frequency it exerts force on the water and hence it breaks into smaller droplets. Attenuation is what causes heat to build up in a medium as sound passes through it. Water does not attenuate sound very well, so heats build-up is very slow. Cavitation at the surface of an ultrasound transducer is easily produced and it looks like boiling, but if you put your hand in the mist, you will find it cold, not hot. Cavitation is a phenomenon in which rapid changes of pressure in a liquid lead to the formation of small vapour-filled cavities, in places where the pressure is relatively low.*Ultrasound does not boil at its own. But, it creates very rapid agitation in the liquid which leads to an increase in kinetic energy creating rapid collisions and hence releases energy in the form of heat. The heat starts heating up the liquid. And if Ultrasound is provided long enough, it may start boiling water. But there are good chances that our liquid will boil off below its normal boiling point because the application of Ultrasound increases the surface area of the liquid hence increased interracial area between atmosphere and liquid, which triggers natural convective evaporation to a higher extent as the rate of heat transfer is proportional to interface area.

Working of SVP :-
Ultrasonic waves are used in SVP for the vaporization of saline water. When all the saline water get converted to vapour form, the suction of vapour is done from the container and, stored in the condensing chamber. In the condensing chamber, the vapour is allowed to liquify. Remember when salt water is vaporized the vapour formed is the vapours of pure water and the salt is left out. Hence after condensing the vapour, we get the pure and freshwater. The condensing process can be done in two ways, cooling the condensing container or leaving the container as it is and wait for some time. cooling method is less time consuming but more energy is required to cool the container. The minimum frequency of vibration of the piezoelectric ceramic disc is maintained at 1.7MHz that can go up to 2.4MHz. Higher the frequency of the piezoelectric disc, more minute are the water droplets.

The vibrating frequency of the piezoelectric transducer plates depends on the impedance of the device circuit responsible for creation of vibration.

How do Piezo Elements Generate Ultrasound?

Piezoelectric ceramics are the best basis for generating and detecting ultrasonic waves.Charge carriers are shifted in piezoelectric materials under the influence of an electric field, which leads to a macroscopic change in length (inverse piezoelectric effect). If the applied voltage is an alternating voltage, the particles in the medium, e.g. in the air, start to vibrate. Pressure fluctuations occur. Rarefaction of the particles leads to lower pressure, and compression to increased pressure. The wavelength of the sound describes the distance between two rarefaction or compression areas. The resulting sound waves propagate in the surrounding medium. The speed of the sound varies according to the density and the elastic properties of the medium. A basic distinction is made between longitudinal and transverse waves. In the case of longitudinal waves, oscillation occurs in the plane of their propagation. They can propagate in liquids and gases, but also in solids. Transverse waves, on the other hand, oscillate perpendicular to their direction of propagation and this is only possible in solids. Both wave modes can be converted to the other mode by reflection or refraction at boundary areas to denser materials.

The proposed prototype will take user input for the type of water source used for the purpose of desalination and as per the ppt(parts per thousand) of salinity in the used water source the device will generate a frequency that helps the piezoelectric discs to vibrate that further helps in breaking the water molecules as per the requirement so as to remove the unwanted salinity from the used to water to decrease its salinity to around 0.1ppt to make it potable.

Gameboy: Everything under the hood.

How to automatically connecting Arduino using serial-port in NodeJS