The SPECTRUM club is one the core technical societies of the College of Engineering and Technology, founded in 2015 by Mr. Bikram Keshari Panda (2015 batch graduate), keeping an eye on the sole motive of Instrumentation and Electronics branch having a club of its own.

Apart from being involved in a plethora of competitions and technical events, the club decided to start its very own "Alumni Talk Series" called "Chit-Chat with Alumni".

The goal is to bridge the gap between the current and previous batches of our college and increase the awareness of students in terms of work that one does in college, exposure, jobs, higher studies and of course networking. These interactive sessions are a small shot at helping college students to step out of their fish bowl life.

The first episode was first hosted on the 17th of October, 2020.

The 6th Episode was hosted on 5th of December, 2020 and the speaker for the evening was Dr. Twinkle Tripathy (Batch of 2011).

Dr. Tripathy completed her BTech in Instrumentation and Electronics Engineering from CET, Bhubaneswar in 2011. She has done her Masters and PhD from IIT Bombay and Post Doctorate from Technion, Israel. She also spent some time learning at the Nanyang Technological University, Singapore.

My first interaction with Twinkle ma'am was full of awes. It is hard to come by people like her who leave a very strong (and lasting) first impression. The charm and elegance in her personality is something all young girls aim for.

In the session, Dr. Tripathy introduced us to her life as a researcher with quite a sense of humor.

Dr. Twinkle spoke to us about the importance of having a good idea. Having your idea industrially implemented boosts up your confidence. We, as students, should try to lower this gap between ideation and application.

A very significant part of Twinkle ma'am's career was spent in Israel studying and working on missile guidance. 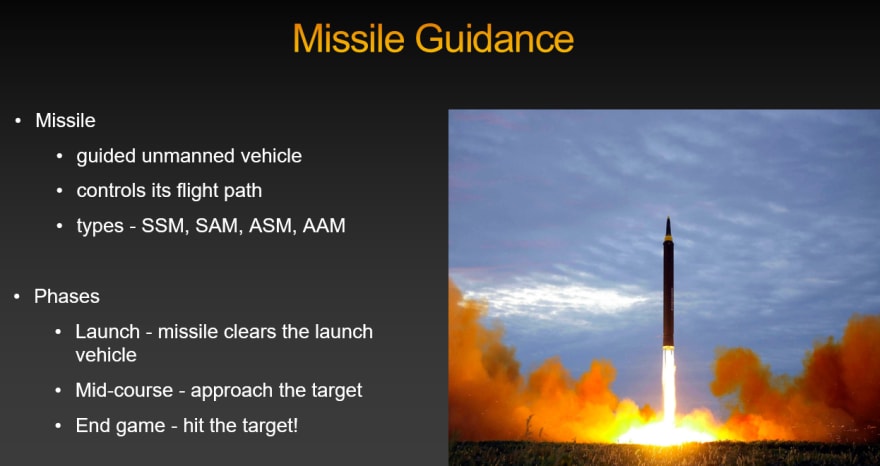 Of all the missile types, AAM (Air to Air Missile) is the most complicated one.

Now, the three phases of missile engagement are-

Of which the end game is the most interesting to observe. People who invented this took great inspiration from the natural food chain (hunter and prey).

Now, the end game in missile engagement is driven by guidance concepts and a few of them are as mentioned-

Dr. Tripathy goes on to talk about the amazing Target-Missile Defender System developed in Israel. It is known as the Iron Dome missile defense system and has been used against the Palestinian rockets. It tries to intercept and knock out enemy projectiles before they can land. 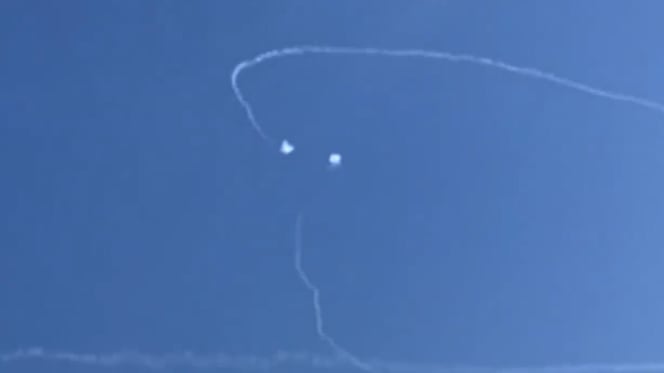 Ma'am also sheds light on the Multi-Agent System.
A multi-agent system (MAS or "self-organized system") is a computerized system composed of multiple interacting intelligent agents. Multi-agent systems can solve problems that are difficult or impossible for an individual agent or a monolithic system to solve. 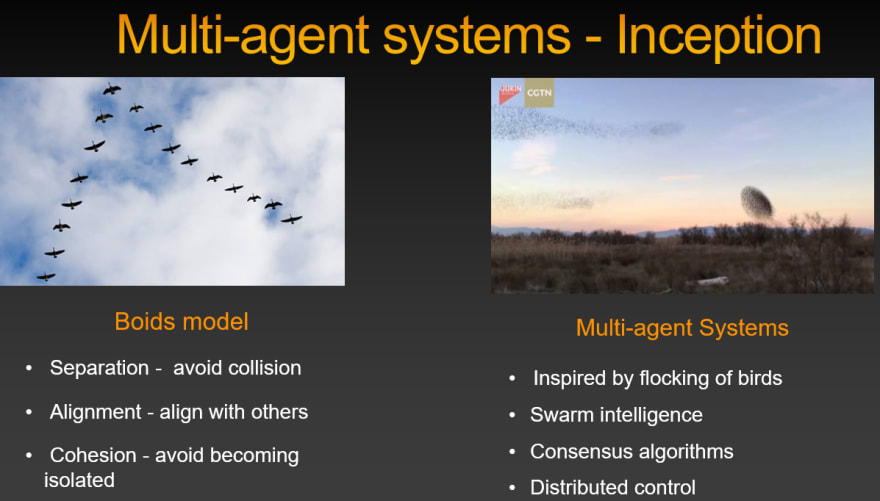 Dr. Tripathy lightened the air by citing interesting examples to explain the models.
A very popular scene from the movie Lion King, where King Mufasa is killed by the pack of wildebeasts (the movies used some inspiration from the multi-agent gatering algorithm, aligning all the hyenas in the same direction). It was for the first time ever that movies took inspiration from such a source.
Another example to better understand the Multi Agent System is the school of fish swarming in the sea to find Nemo in the movie Finding Nemo.

Talking to fellow CETians about finding their passion, Dr. Twinkle said, "It’s important to find a job that you’re passionate about as the right job helps you cope better with work pressures”.

Dr. Tripathy also told us about the importance of 'me-time' and no matter what we do, we should remember to have fun. 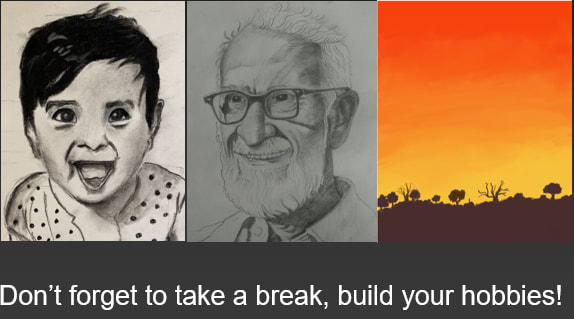 And just like that the session went on for an hour followed by an interactive Q&A round with the audience.

"The session was informative, interactive and inspiring. It made me feel pumped with motivation. A big thank you to Twinkle Ma'am for sharing her journey", says Suchismita Swain, a third year student of CET, Bhubaneswar.

Dr. Tripathy's curiosity, love for adventure and eagerness to learn led her down this path. We believe she has found what she had been seeking.
We wish her all the best for all her new adventures!

How to overcome Imposter Syndrome in Tech

How to Turn Your Video Game Idea Into Reality

Once unpublished, this post will become invisible to the public and only accessible to Sanjana Mohapatra.

Thanks for keeping DEV Community 👩‍💻👨‍💻 safe. Here is what you can do to flag spectrumcetb: