It's the 30th Web Weekly today, and this newsletter also passed 1500 subscribers. 🎉 Thank you for reading along and replying to the newsletter with resources and feedback. 💙

Before we jump into web stuff, let me share some "typo stickers" that made me smile this week.

... and, as always, GitHub repositories, a new Tiny Helper and some music. 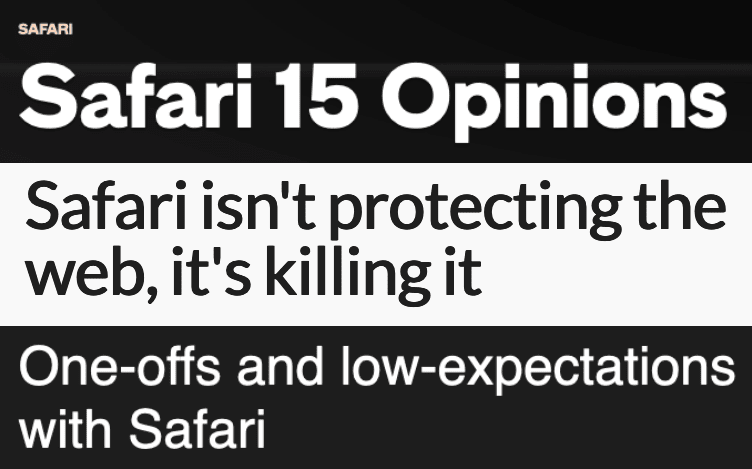 Jen Simmons, CSS expert and Apple evangelist, asked for Safari feedback on Twitter recently. Her Tweet sparked many conversations about Safari and its (lacking) feature set. More and more developers say "Safari is the new IE" these days.

The following posts include valuable opinions about Safari and list many web platform features and bugs you want to have on your radar. 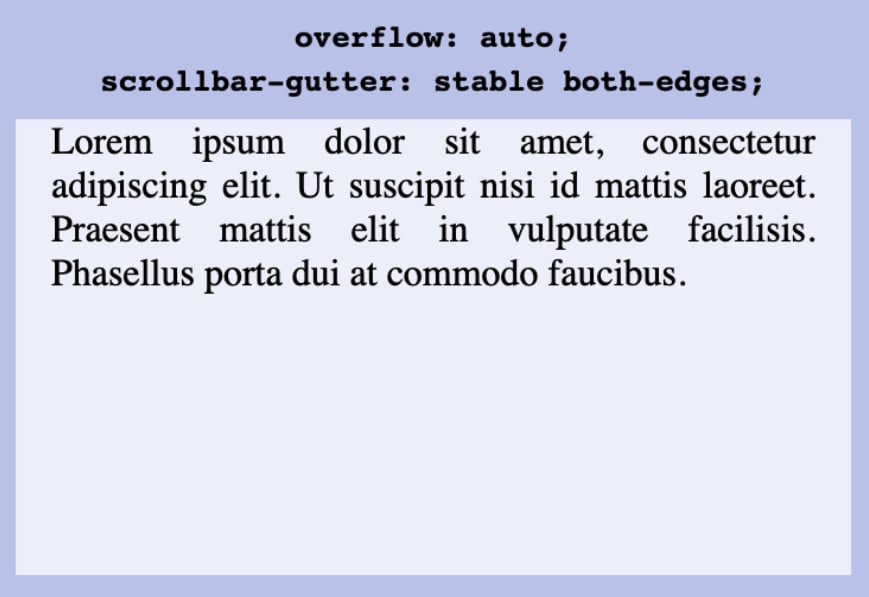 If you had the pleasure to debug a CSS bug caused by scrollbars, you know that scrollbars and particularly the layout space they take, can be surprising. Bramus had a look at the new scrollbar-gutter CSS property which is a tiny but exciting web platform addition! 👏

Short'n'sweet: if you're looking for open source alternatives to popular Saas products, this site is for you!

Rachid Daoudi maintains toolb.dev. It's a collection of many self-made tools for developers. That's one for the bookmarks!

The order of transformation functions and properties 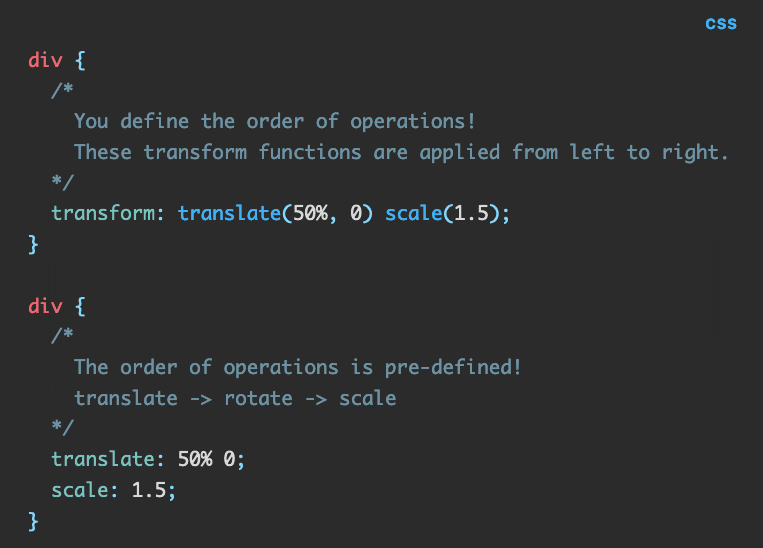 Soon, we'll have individual CSS properties to transform elements: scale, rotate and translate. They allow you to untangle your transform properties.

But before you go all in and change all your CSS, be aware that not every transform declaration can be changed to individual transform properties. Read more about CSS transformation order on the blog.

A shell trick to run EcmaScript modules in Node.js

Node.js allows you to run JavaScript on the command line. Use the node binary and run the script (node some-script.js).

I prefer shell commands over Node.js scripts and usually add #!/usr/bin/node to the top of my scripts to make them executable. node some-script.js then becomes ./some-script.

A CLI script to extract text from images

I fiddled with shell scripting again. This time I added a new shell command to my environment to extract text from images. I don't think that I'll use it very often, but hey – there can't be too many fancy shell commands.

A surprising fact about the html element and background

Oldie but goldie; did you know that a background color on the body element will cover the whole page if the html element doesn't have an applied background color. Holy moly, that's some odd behavior, and we're now stuck with it. 🙈 Chris Coyier wrote about this years ago.

TIL – CSS media queries can have a boolean context

The CSS spec defines what values are falsy when you use shorthands. All these years, and I just learned about it! 🙈

Our friends at Nearform published an excellent article on AbortController, AbortSignal, and the reasonably new promise-based timers in Node.js (timers/promises). It's a great read to learn more about promise cancellation!

Three valuable projects to have a look at 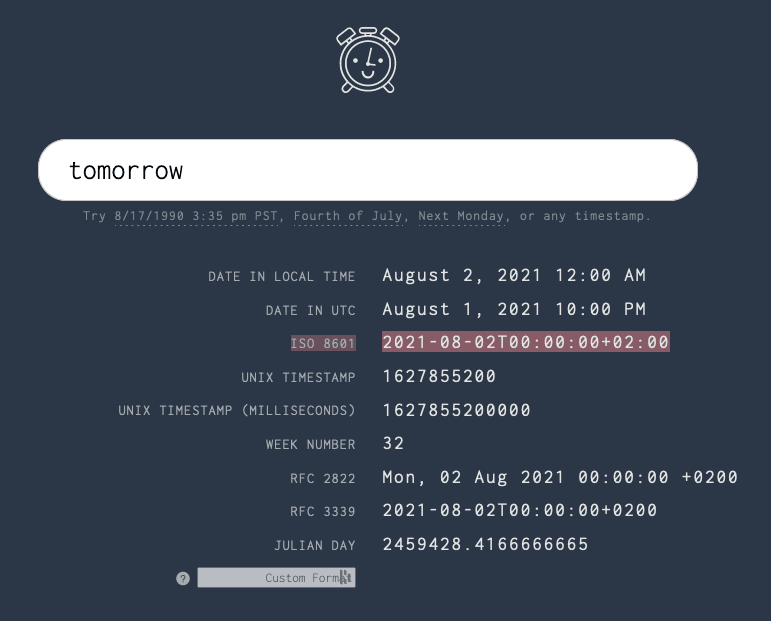 time.lol is a useful tiny utility to find and display a time in various formats.

Find more single-purpose online tools on tiny-helpers.dev. The site lists 396 tools right now; can we make it to 400 this week? If you use tools that are not listed yet, please reach out! 🙈

A quote to think about

Ryan Holiday takes a critical look at his life and describes how he set the wrong priorities.

The post reminds us that everything we do, whether binge-watching Netflix or attending too many pointless meetings, is a decision for something and, most importantly, against something else.

Everything you say “YES” to in this life means saying “NO” to something else.

A song that makes you stop coding 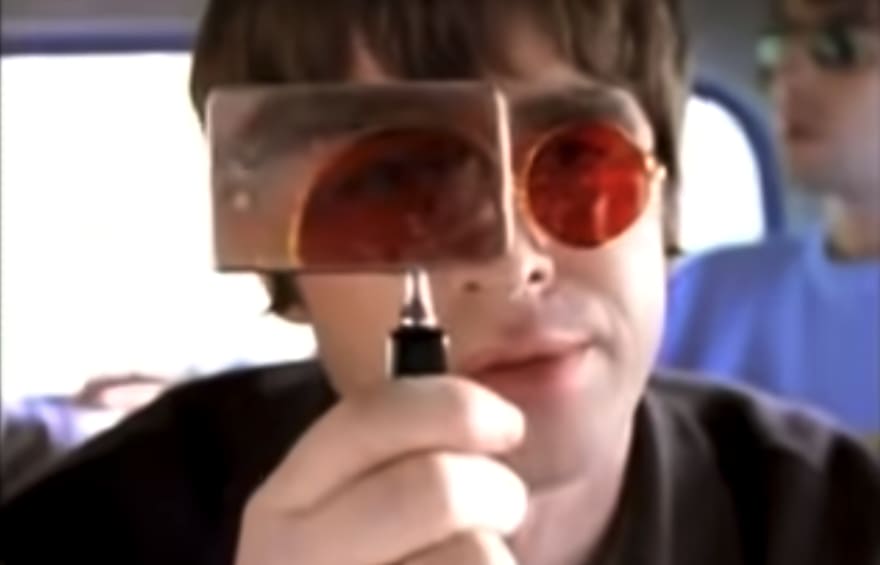 I was a huge Oasis fan back in the days. "Don't look back in anger" came on the radio this week, and what shall I say? I could only get up, sing along and celebrate the good old Britpop days.

👉 Listen to "Don't look back in anger"

And that's a wrap for the thirtieth Web Weekly! If you enjoy my newsletter, I'd love you to tell others about it. ♥️

If you're not a subscriber, you can change that! 😉

PS. I heard the cool kids use RSS. You can find multiple feeds on my site.

Stefan Judis
DevRel at Contentful. In love with web performance, new technologies, and accessibility – all the good stuff ✌️.
🧢 Stefan's Web Weekly #27
#webdev
How to run copied CLI commands with a leading "$" sign
#webdev #development #bash
How to visualize the tab order without using an extension in Firefox
#webdev #a11y