I was missing some simple and minimalist libraries that would enhance Express API and solve some common problems with defining interfaces of my backend applications. I wanted to solve static type analysis, API documentation, and runtime validations from a single source of truth.

So I did a proof of concept for my dream library now it's published in the alpha version).
The library enables you to just simply enhance your existing Express application endpoint handler and infer static types, add runtime HTTP validations, and generate documentation in the swagger format.
The library can do all of that from just one reusable single-source-of-truth (SSOT) in your codebase. It's just an Express handler HOF (higher order function aka js decorator for functions). Let's check the example below. 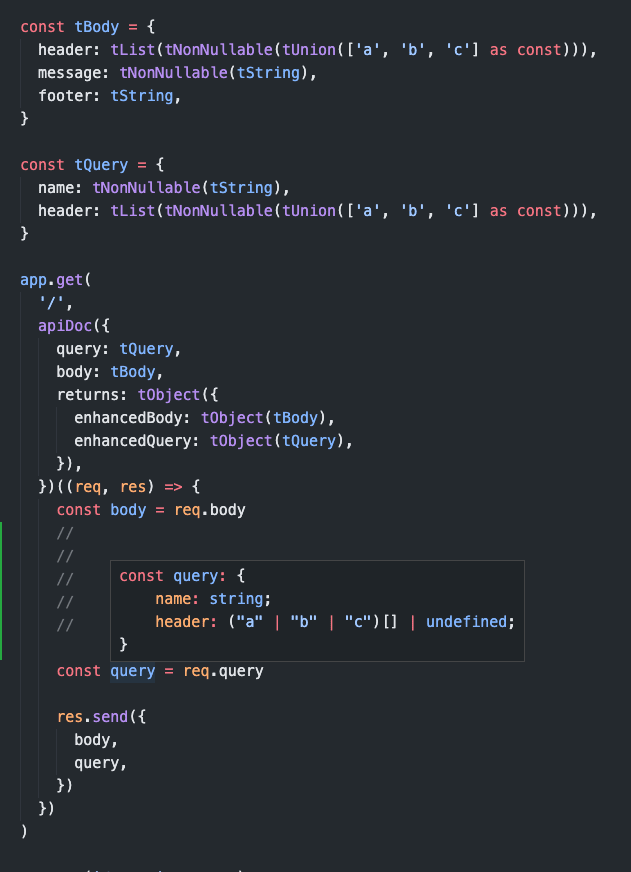 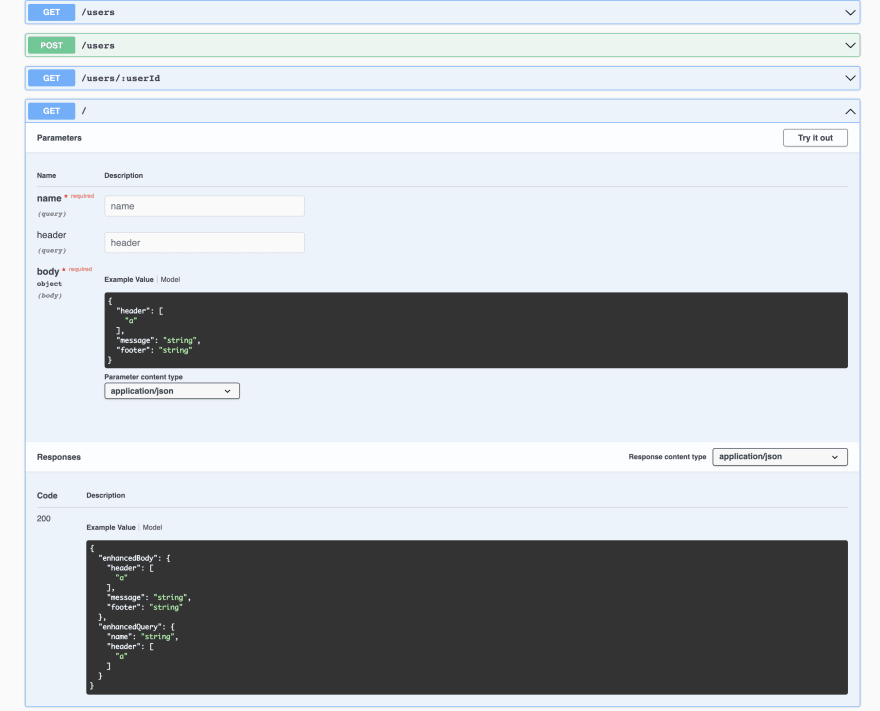 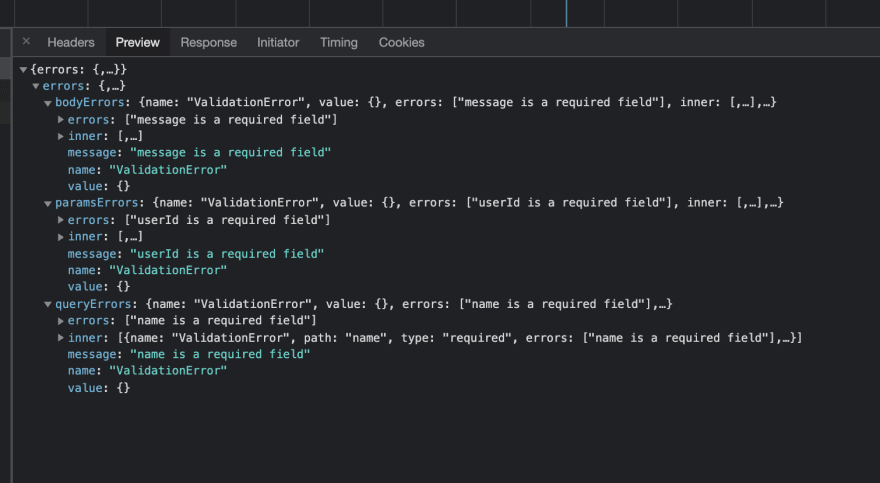 The problem with Express is that it does not solve HTTP REST-API runtime-validation, static types, and API documentation out of the box. So many programmers who use Express create their own "wrapper" around the Express and the project starts to be complex because there is not a standard Express backend approach. It's cool that you can bend Express in a way your business logic wants it to, but it makes the complexity of the whole project higher for other programmers. So I think that there should be a small standard of documenting API directly in your codebase.

I tried to look for another library in the current npm ecosystem that could satisfy our needs.

I tried hapi.js, nest.js, and other libraries but unfortunately, I found nothing, so I decided to create my solution which would fully satisfy our needs.

This article is intended to open a discussion if the API and the whole view on the problem is appropriate and to check if other people like the same approach as I do.

Thanks to simple APIs you can easily integrate Express endpoints one after another without breaking existing functionality with raw Express API.

Patterns used in the package API

Many programmers try hard to keep the code DRY (don't repeat yourself). I think that a much more important pattern for clean code is the SSOT (single source of truth). It's very important to have a definition of your business state in only one place in your codebase. If you duplicate some parts of the state in more places you will end up with bugs in your programs because you
will forget to update all the relevant parts of the codebase.

I decided to use a simple pure Javascript higher order function to decorate handlers instead of fancy pants class-based decorators API to simply keep the good old Express API of endpoints and not to be dependent on fancy experimental compilers options like decorators and so on.
If you want to know more about it, check this article.

In the future, I would like to add few features which could add more flexibility to define a schema for Express handler endpoint

Cyclic dependencies of data types, similar to
graphql have already been defined.

In the current library there is no official way how to create a custom data type with custom validators and custom type inference and you have to use one of the pre-defined types tBoolean tNumber tUnion tNonNullable tAny tObject tCustomScalar tString.

In my humble opinion, the npm ecosystem is missing some strong Typescript-supported solutions for handling that basic stuff like HTTP REST-API schema defining.

I would like to know your opinion about this kind of package API.

If you have any topics to discuss don't be shy to say them out loud in the comment section and open discussion.

If you enjoyed reading the article don’t forget to like it to tell me if it makes sense to continue.

Can you compare GraphQL and tRPC?

Once suspended, svehla will not be able to comment or publish posts until their suspension is removed.

Once unsuspended, svehla will be able to comment and publish posts again.

Once unpublished, all posts by svehla will become hidden and only accessible to themselves.

If svehla is not suspended, they can still re-publish their posts from their dashboard.

Once unpublished, this post will become invisible to the public and only accessible to Jakub Švehla.

Thanks for keeping DEV Community 👩‍💻👨‍💻 safe. Here is what you can do to flag svehla:

Unflagging svehla will restore default visibility to their posts.