In the decade since the 2009 Financial Crisis, I've carried with me two mental models: Mimicry and Reflexivity. They describe how perception and reality intermingle, and together they describe some of the most profound ideas on how the human world works.

And I've only just realized these are different sides of the same coin.

Most people think in terms of a 1-way causal relationship between perception and reality, comparable to Plato's Cave. Reality is assumed to be superior (e.g. more real) to perception. Reality is also perceived as more objective than perception - "Everyone is entitled to their own opinion, but not their own facts."

Where this model fails is in appreciating how much of reality is socially constructed, and therefore a matter of perception.

This explains everything from money to manias, from democracy to conspiracy, from fashion to religion, from SEO to product design, from hiring to performance management. I could fill a book spelling out the applications of these general ideas in various domains; but it'd make for an insufferably repetitive blogpost. Instead I'll briefly introduce these mental models and invite you to discuss what you see in the mirror.

Specifically, Batesian Mimicry. This is best explained by analogy to Aposematism in nature, when an animal signals to predators that it is not worth eating*.*

At first, a poisonous frog evolves and its most distinctive outward feature is bright redness. Because they are incentivized to find out about poison before eating, predators start to associate bright redness with poison, and avoid bright red frogs.

Pop question: what happens next? 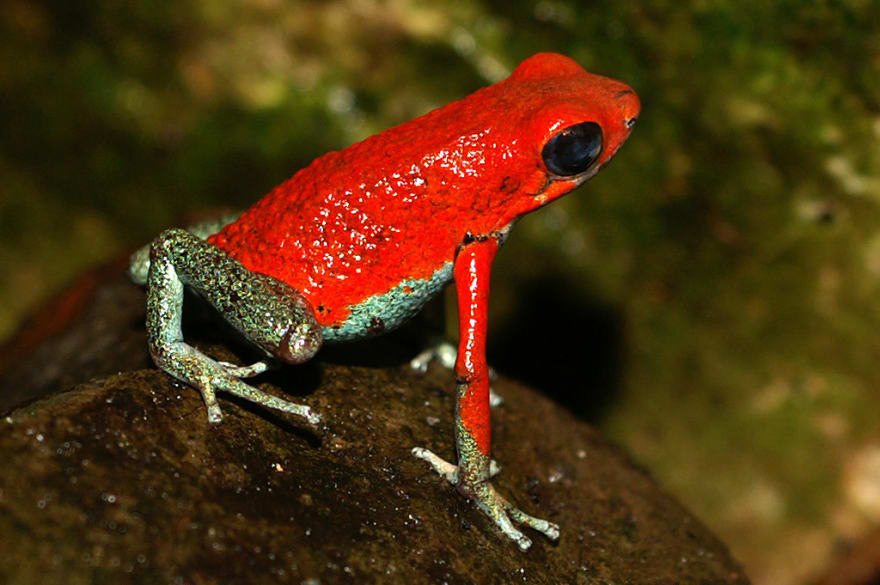 Note: While you pause to actually think this through... I'll also observe that the frog is also incentivized to evolve a distinctive signal like bright redness. It is presumably better to help predators figure out you are poisonous than to require them to nibble on you first. This signal is "costly" to develop, so you also see Müllerian mimicry occur, where this cost is shared.

Answer: Other frogs turn red. Including the non-poisonous ones. The stronger the signal, the stronger the mimicry. An initially "honest" signal becomes dishonest. Because signals are easier to mimic than the underlying quality, all honest signals eventually get overwhelmed by dishonest ones and lose all meaning. The poisonous frog must then find another signal. The cycle repeats.

Reality deceives perception as much as it informs.

As seen in (this is a living list, feel free to ping me with more):

Reflexivity points out circular relationships between cause and effect. This is perhaps oxymoronic, because we are really asserting that "effect" affects "cause" so much so that they are indistinguishable. 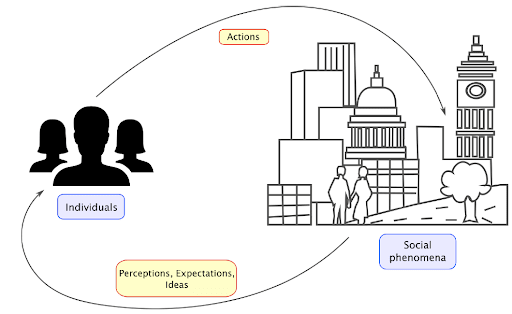 I understand reflexivity best in economics. In George Soros' dense classic The Alchemy of Finance, he observed the strange mathematics of the 1980's merger mania - profits of conglomerates were more certain and highly valued than small companies. Their high stock prices enabled them to buy out their smaller cousins and add those profits to theirs, further increasing the stock price (aka "arbitraging" valuation multiples). We understand this math to be obviously unsustainable today, but there is a genuine way in which the high expectations helped enable fundamental actions that at least partially fulfilled those expectations.

In a more modern context, you could view tech hiring as reflexive. Tech company recruiters often tell a story of high and rising stock prices as part of their compensation story. In this way the valuation of a company (perception) directly influences hiring (reality).

My third example is perhaps most convincing: Real estate values are reflexive. House prices are influenced by bank lending, and bank lending is determined by the banks' estimation of house prices. Real estate is thus locked in a self reinforcing cycle of boom and bust. Mostly boom, because governments are incentivized to cause boom, and people vote in governments (see a pattern here?).

Wikipedia equates reflexivity to a positive feedback loop - buyers cause a rising stock price, which attracts more buyers, which causes more rising stock prices. It's fine but far too simplistic. Reflexivity is also about perception legitimately and fundamentally shaping reality and vice versa.

My definition of reflexivity: The more you believe something to be true, the more true it becomes.

However it is clearly at least partially explanatory of our reality, and therefore useful.

As seen in (this is a living list, feel free to ping me with more):

For a long time (over a decade!) I have carried these two models in my head as separate models. But let's put them side by side:

Reflexivity builds a positive feedback loop between perception and reality, and Mimicry breaks it.

This is the insight I had today.

Why is Agile so popular?

Why you should make things

If I can't be my own, I'd feel better dead