I needed to run a few more code snippets before I could start mining. I reinitialized the genesis file to enable a remote (rpc) server:

Then I simply started the private network and proceeded to mine! 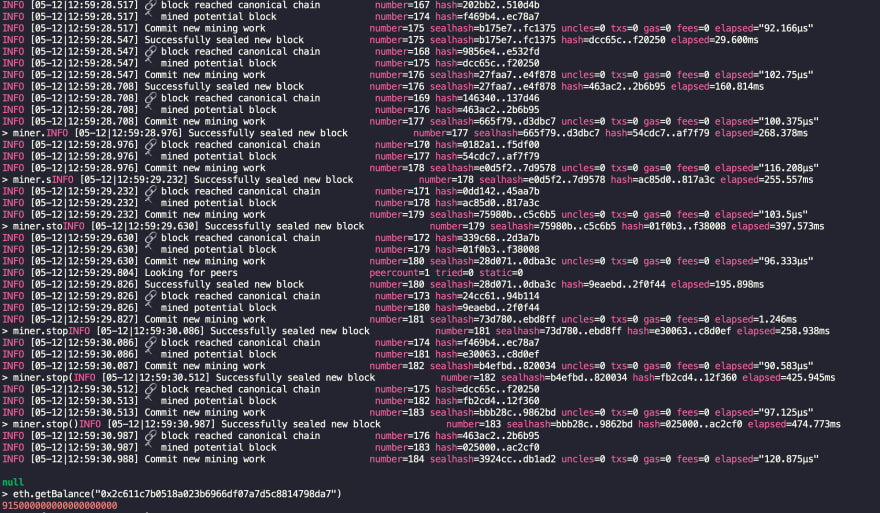 Next I got my account ID using eth.accounts in the console, took a sip of coffee and waited while my ether stacked up.

After less than 5 minutes, I was shocked at how much I had made:

Granted, the difficulty was set to easy and this isn't on the main Ethereum network so it's not real ether, but it got me thinking. What if I used my M1 on the actual network?

Luckily for me there've been plenty of people who have already tried this which saved me the extra effort. Here's an example from BarTech TV

In the video they ended up with a hash rate of around 2.2 MH/s.

How does that stack up against better hardware? An article from 2020:

With the current GPU trends and mining difficulty, it may take up to half a year or more to mine 1 Ethereum.

So what would a hash of 2.2 MH/s be in USD? I went to a profitability calculator to find out: 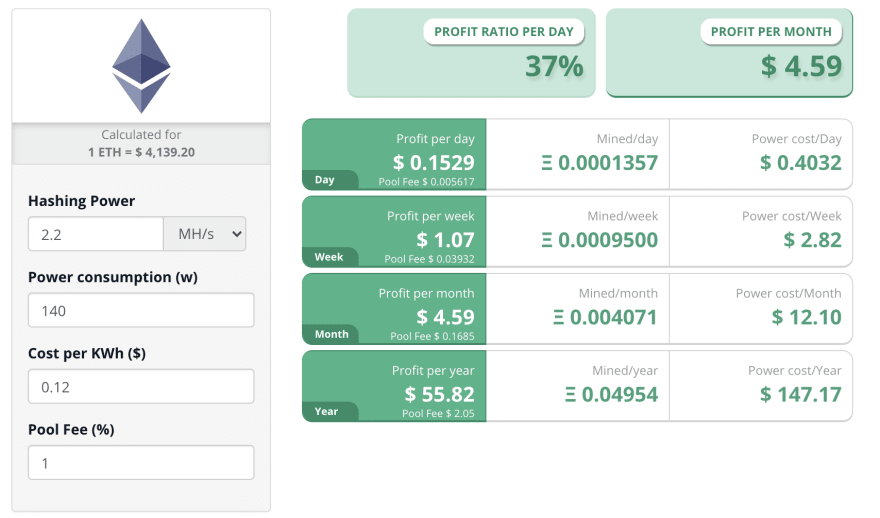 Nearly 5 USD Check it out for yourself

This was a fun project that was pretty quick and very simple. Now, it's clear that I won't be an ether millionaire anytime soon, but maybe someone else reading this has the resources and will be inspired to start mining and make a profit. Happy mining!

Once suspended, talemache will not be able to comment or publish posts until their suspension is removed.

Once unsuspended, talemache will be able to comment and publish posts again.

Once unpublished, all posts by talemache will become hidden and only accessible to themselves.

If talemache is not suspended, they can still re-publish their posts from their dashboard.

Thanks for keeping DEV Community safe. Here is what you can do to flag talemache:

Unflagging talemache will restore default visibility to their posts.