I don't have much experience but been in a couple of interviews.

They seem to always ask the same cliche questions.

Where do you see yourself in five years?

I usually have answers prepared beforehand, for these types of questions.

But there is one question, that I know will come up and I keep messing it up.

What are the main principles of Object-Oriented Programming?

It's pretty much a universal question, talked about in all sorts of technical interviews, from junior to senior. Interviewers ask this type of question because it is an easy way to gauge the interviewee's experience and level of understanding.

It helps to tell three things: 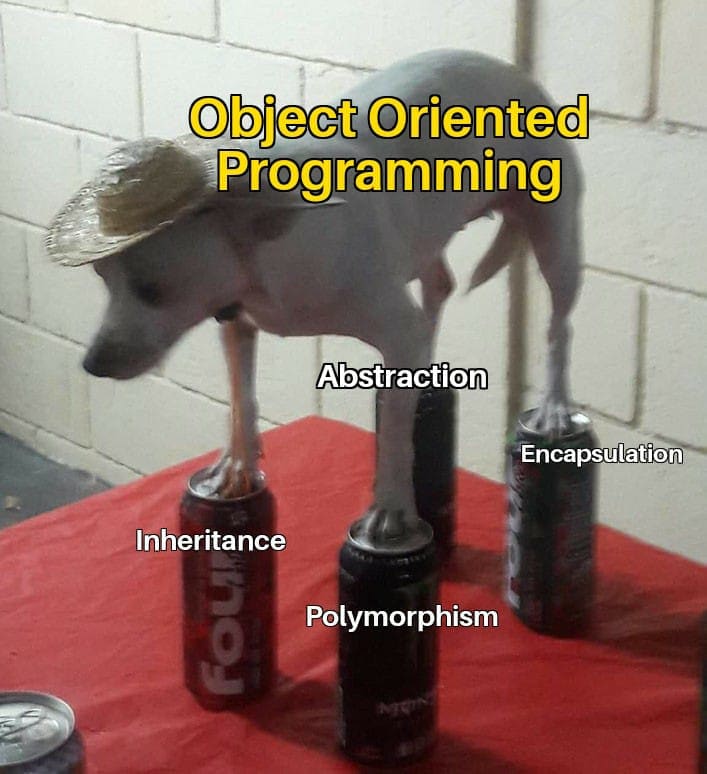 I know it sounds very intimidating but trust me, it's not.

It's much simpler, and that's why I want to give you simple, straight-to-the-point explanations with examples on each.

Encapsulation binds data and it's related methods together within a class. It also protects the data by making fields private and giving access to them only through their related methods.

Imagine we have a small program.

It has a few objects which talk to each other, within the rules defined in the program.

Encapsulation is achieved when each object keeps its state private meaning that no outside class can directly change it. Instead, they can only call a list of public function — called methods.

Before we move on we have introduced some keywords which you may be confused about, let me explain:

Imagine that we have a single-player role-playing game with a class that manages quests called Quest.

Imagine that one of the players got access to this client, and wanted to cheat by changing the game status and reward.

Right now this code is valid, because our variables are publicly accessible. Another problem here is that our "hacker" set the status to 5 which doesn't exist, and thus our game breaks.

The way to fix this is to simply make all our variables private and only accessible through their respective methods.

With these changes now, we cannot change the reward and title. But we can get them through their respective functions.

Finally, our code is "hacker" safe.

For the best encapsulation, object data should almost always be restricted to private or protected. If you choose to set the access level to public, make sure you understand the consequences of the choice.

Abstraction is the concept of object-oriented programming that "shows" only essential attributes and "hides" unnecessary information.

Abstraction is an extension of encapsulation, but what's the difference?

But now I'm even more confused, what are abstract classes and interfaces?

An abstract class is a simply a normal class that has some special exceptions:

So, why would I ever use such classes?

Well, they allow us to do multiples things:

Let's look at a simple example: 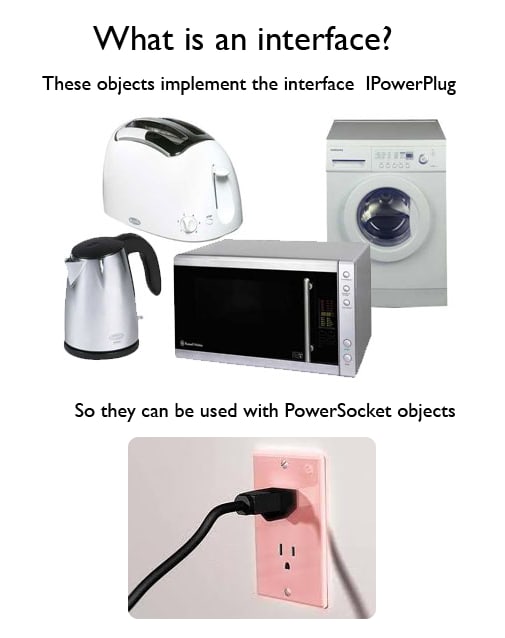 An interface is an abstract type that is used to specify a behavior that classes must implement.

Think of interfaces as a contract.

You have a bunch of rules which you must follow through but the details don't really matter.

For example, we have a contract for the behavior of a dog called DogInterface it will look something like this:

Here we are saying that every class that implements the DogInterface must have these three methods. As you can see there is absolutely no implementation details, it doesn't say how should a dog bark, wiggle its tail or eat. Having said that, we now have the ability to create different dog classes that all follow the same contract.

You might ask "Why would I ever want to use an interface?"

Interfaces in a nutshell guarantee that a class will have x methods.

This may sound too simple, but it actually is just that.

Nonetheless this small feature helps us tremendously, imagine we have a shipping service program and our client code uses the Car class to transport stuff. After some time our program gets popular and we know need to support planes, trains, ships, trucks, etc...

One way to do this is to create a common interface called TransportInterface that will be used by all the transport vehicles (airplane, car, etc...). This way our client code will not have to worry if the class Airplane will not have some common method.

Which to use? Abstract Classes or Interfaces?

As always it depends.

There are many different factors to consider.

But in general, an abstract class is used when you want a functionality to be implemented or override in subclasses. On the other hand, an interface will only allow you to describe functionality but no implementation. Also in most programming languages, a class can only extend one abstract class, but it can take advantage of multiple interfaces.

Coming back to abstraction

This post definitely took a turn, but it was necessary to talk about abstract classes and interfaces.

Abstraction is an extension of encapsulation where it literally hides implementation using either abstract classes or interfaces. 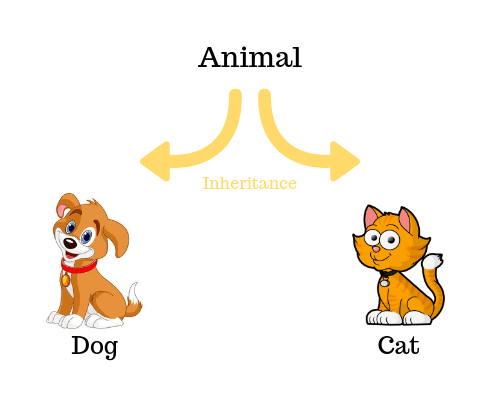 A common problem in programming is that objects are too damn similar.

Objects are often very similar, have common functionality but they are not entirely the same.

Now comes the dilemma that every programmer goes through.

"Do I create an entirely new class or put all common functionality in a base class?"

I'm not gonna say which option is better, but we are talking about OOP today. That means we are gonna pick the second option, creating a base class that will store all common functionality.

Imagine we were tasked to create a school management system and we have two entities called Student and Teacher. In our first version of the app we implemented it them like this:

As you can see there are many common states and behaviors, how about we extract all that to a common class called Human

PS. I set all my variables protected for them to be accessible in subclasses.

With this we can inherit all common states and behaviors into our Student and Teacher class.

Congratulations we have removed duplicated code, and that is a good sign.

Coming back to inheritance

Inheritance isn't that simple, there are actually different types of inheritance.

Now I am not saying to always extend your classes, doing that will make your code very coupled together. Another approach would be to use composition or aggregation.

You can read more about it here 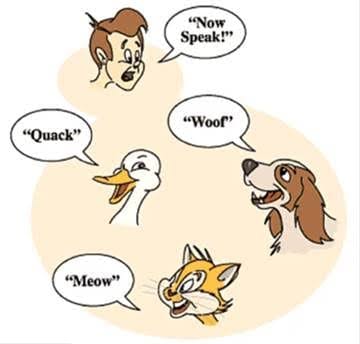 Polymorphism is the ability of an object to take on many forms.

Let us break down the word:

So polymorphism is the ability (in programming) to present the same interface for differing underlying forms (data types).

The classic example is the Shape class and all the classes that can inherit from it (square, circle, dodecahedron, irregular polygon, splat and so on).

With polymorphism, each of these classes will have different underlying data. A point shape needs only two co-ordinates (assuming it's in a two-dimensional space of course). A circle needs a center and radius. A square or rectangle needs two coordinates for the top left and bottom right corners and (possibly) a rotation. An irregular polygon needs a series of lines.

By making the class responsible for its code as well as its data, you can achieve polymorphism. In this example, every class would have its own Draw() function and the client code could simply do:

to get the correct behavior for any shape. This is in contrast to the old way of doing things in which the code was separate from the data, and you would have had functions such as drawSquare() and drawCircle().

You answer them properly, then to throw you off your game they ask:

"What are the different types of polymorphism?"

Now you have two options:

Unfortunately, I had this same question asked me, and I failed to answer. This is why we will talk about the types of polymorphism.

This is also known as:

This is your standard polymorphism. It's basically when a subclass has a method with the same name and parameters of a method in a parent class, these methods are in different forms (this is known as method overriding).

For example, let us illustrate our shapes example above.

As you can see, both our Circle and Square class inherit from Shape class. They also override the draw() method in Shape class.

This is also known as:

This is basically when a method has many forms in the same class.

The four principles of object-orientated programming are:

Congratulations, now you can answer one of the most asked questions in interviews and kick ass.

If you got any questions, then feel free to leave them down in the comments section below.