In this article I'll show you how to integrate the latest version of Bootstrap with your Vue application.

Bootstrap 4 has many new features such as the use of Flexbox, ES6 modules and a new card component (which you can use to easily craft card-based layouts such as the famous Masonry layout without JavaScript/jQuery plugins or complex algorithms) etc.

You can use Bootstrap 4 to add mobile first styling to your Vue application without re-inventing the wheel and without having to acquire deep CSS knowledge particularly if you need to create complex and responsive layouts.

Bootstrap 4 requires jQuery and Popper.js. jQuery is a DOM library that makes a direct manipulation of the DOM unlike Vue which uses the virtual DOM approach so you'll want to avoid using jQuery within your Vue application but this means you won't be able to use many Bootstrap 4 components that requires jQuery?

Don't worry though the community has provided some packages that integrate Bootstrap 4 with Vue without resorting to jQuery. Let's see the most popular libraries 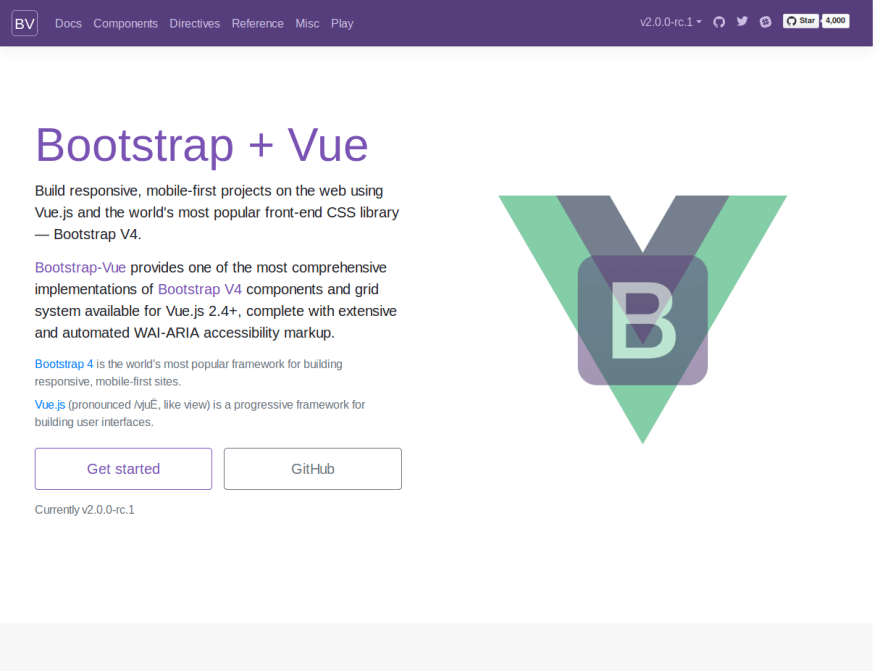 bootstrap-vue requires Bootstrap CSS files so you need to install bootstrap too.

Next you'll need to enable the VueBootstrap plugin in your Vue app entry point.

You can also use these two templates to scaffold your Vue project webpack-simple and webpack which integrate bootstrap-vue out of the box.

For example this how you generate a new Vue project based bootstrap-vue/webpack-simple using the Vue CLI.

You can then use different Bootstrap 4 components

Using Bootstrap-Vue is the recommended way to integrate Bootstrap 4 with your Vue 2 application since it offers Vue components for Bootsrap components that requires jQuery.

How to create a responsive navbar in vue.js with bootstrap

Top 20+ vue.js frameworks and libraries for your next project

How to get user's current location details from IP Address