This article was published on Friday, September 7, 2018 by Eytan Manor @ The Guild Blog

tl;dr: It can be transpiled with a single command.

As a freelancer I get to work with designers many times. Not once and not twice I have stumbled upon Webflow — a web design studio, where the designer can assemble all his assets into responsive demonstrable webpages. These webpages look neat and responsive and can be downloaded as HTML/CSS files along with their scripts, images and fonts.

At a glance, this can ease the process of getting an app done; after all we're provided with a working website, so surely binding some logic to it with React shouldn't be too complicated, right? All we need to do is take the HTML, put under a render()method of a React.Component, and import its corresponding style with an external CSS file. Well, this is nothing but a walk in the park.

When Webflow was first presented to me by a client of mine, I assumed the above. He showed me his website, which looked quiet complete, and we've proceeded to composing a plan sheet, with all the desired behavioral features of the future application and a matching price for each of that feature. I was quiet happy with our deal.

On the next morning, I've received an email by my client's designer with all the exported assets by Webflow. When I looked around expecting to find the optimal starting point to go with it, my world collapsed.

The HTML files were big and massive, with lots of duplicated parts in it, the CSS was just a one big global style sheet with all the rules (that were very generic), and the images just had random machine generated names. When I started to tear it apart into React components, I've called my client after few hours of trial and canceled the plan; since the budget was limited, and I wasn't willing to spend so much time on a project with a very little value in return. 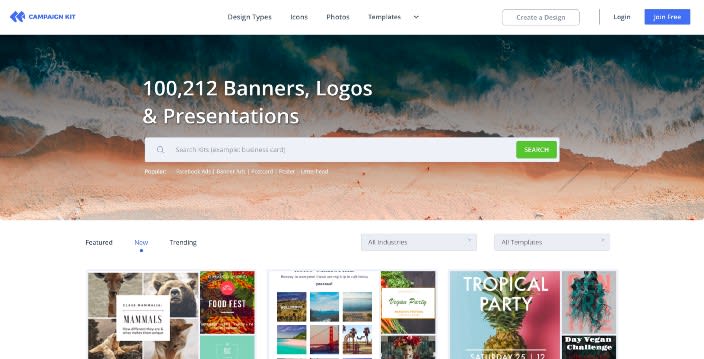 Above: A Webflow page whose HTML file can be found here. Credit: campaignkit.co.

“What shall I do then?!” — A React developer

Appfairy is a CLI tool which can be easily installed using NPM and can integrate Webflow into a React application with a single command.

Now let's think of what React components should exist in our application besides the main pages. Once we identify them we should select their corresponding element in the Webflow project and set a new attribute; the key's going to be af-el (Appfairy element) and the value should be set to the name of the component e.g. consult-form:

Above: Selecting the element and setting its attribute

At this point we're one step away from generating a functional ConsultForm React component; But before proceeding to the next step I would like to explain an important principle regards Appfairy's generated code's design pattern.

Since Webflow's code is machine generated and for the most part is not optimal, we might encounter potential maintenance issues for 2 main reasons:

To solve that problem, Appfairy takes on an old school approach where we separate the component into a view and a controller, where we treat the view as a black-box and don't touch it while the controller is controlling what's going on in there; it would tell the view what to render, when to render, and how to render.

In the picture above we have a schematic description which shows the view/controller flow. In a brief, the controller holds elements which are proxies to the real elements, so whatever we pass to the proxy will be forwarded automatically to the real element. A proxy and an element can be matched based on the socket name (af-sock), which opens an interfacing point to the view by any given controller.

So back to our ConsultantForm in our Webflow project example, let's think which elements should be bound to a certain logic. Generally speaking, a form has several input fields and a submit button, which will submit the data received by the inputs, therefore we would probably apply logic to these elements in our React controller components. Accordingly, we will define socket attributes to each of the elements with distinct names: 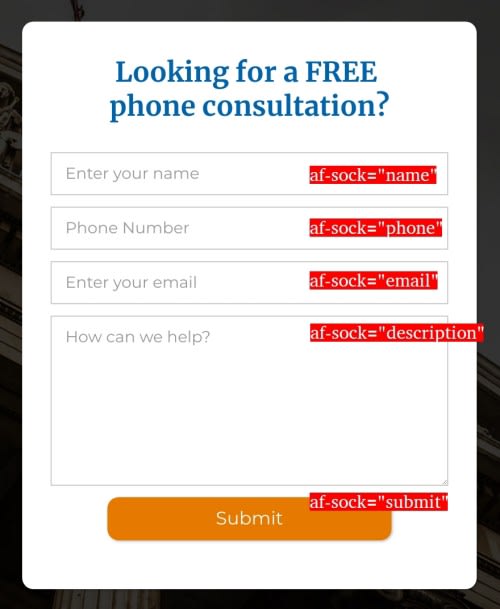 Our Webflow project is now ready for migration! To do so, we will first need to create a directory named .appfairy in the root of our project:

This directory is used by Appfairy as an input for the CLI function, which means that we will need to export our project and extract the generated zip file's content into the directory we've just created: 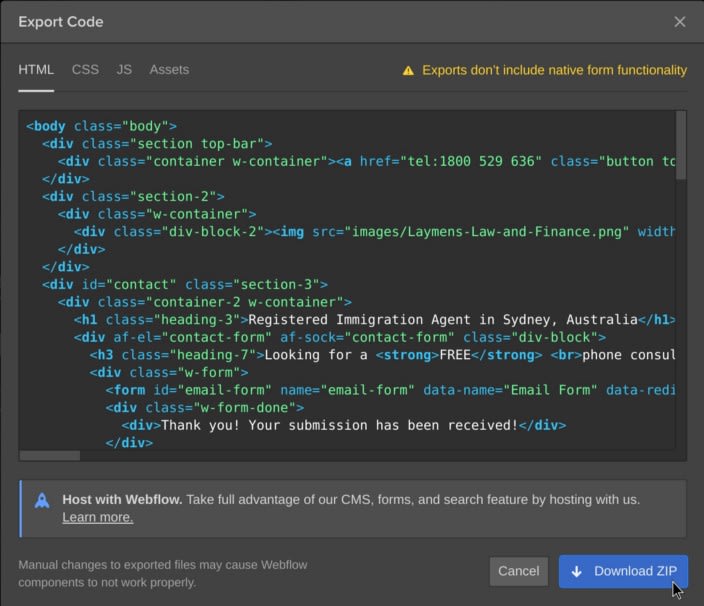 Above: Exporting the project and unzipping it to .appfairy dir

All is left to do now is to run appfairy and our Webflow React components will be created and ready to use!

As a result a message will be printed to the terminal signifying that a new git commit has been created with modifications which consist of the following:

The reason for the modifications to be laid out this way is because create-react-app (which is the most common app starter for React) uses this folders structure. The output can be mapped differently using a config file - more details about that can be found in the official README.md file over here.

None of these files should be edited or removed and should only be managed by the appfairy command, so whenever we update the Webflow project we should simply repeat the recent process and the files should update accordingly.

If you'll take a look at the views folder you'll see that it contains a file named ConsultFormView.js. As I already mentioned, Appfairy's design pattern consists of a view and a controller, therefore the exported ConsultFormView component needs to be bound to a controller.

To define a controller simply create a new file named ConsultFormController.js under the controllers folder where the corresponding controller's going to be exported as a React component. The controller should contain proxies to the original elements and each proxy should forward the necessary props. Rather than giving further explanation I would like to give you an example of a possible implementation of a ConsultFormController:

That's it! Now you can just import the controller and use it anywhere and anytime you want, without having to deal with the hustle of maintaining a complex machine generated Webflow code; and any time you update the design just update your code using the appfairy command.

Above: An example usage of an Appfairy generated React component

How to call HTTP delete using axios in React

Primitives and References in JavaScript.

Once suspended, the-guild will not be able to comment or publish posts until their suspension is removed.

Once unsuspended, the-guild will be able to comment and publish posts again.

Once unpublished, all posts by the-guild will become hidden and only accessible to themselves.

If the-guild is not suspended, they can still re-publish their posts from their dashboard.

Once unpublished, this post will become invisible to the public and only accessible to TheGuildBot.

Thanks for keeping DEV Community 👩‍💻👨‍💻 safe. Here is what you can do to flag the-guild:

Unflagging the-guild will restore default visibility to their posts.