First of all, WHY?

Well, to put it simply, because we can!

Instead of working hard on creating a special serializable, efficient but also unreadable, strict and esoteric binary protocol, we decided on going with the well defined, readable and flexible GraphQL based API, and improve on it, if needed.

Turns out we can manage synchronization of player positions, state and actions across all clients quite easily!

There are two ways you can understand our challenges:

For those of you that have not played the game (yet!) I’ll explain a bit what it is.

Our game is a multiplayer shooting game that is taking place in the vicinity of the Times Square. The game mode is a “team deathmatch” battle where you spawn on the map with your team, and you need to find and shoot the other team’s players. The winning team is the one that stayed alive while the other team’s players are dead. If you die, you can only view the rest of the game from a bird’s eye view.

We use CesiumJS — a google earth like, open source, mapping engine — as our scene, so when I say the game takes place in the Times Square, It’s an actual representation of the Times Square with the buildings being streamed to the client using Cesium’s 3d Tiles. As a matter of fact, there is nothing keeping you at the Times Square only, you can wonder off to anywhere on earth. Keep in mind that you will be able to see buildings only in Manhattan.

Because the game is a multiplayer shooter, we need to synchronize the multiple players position, orientation and state at a rate that the user would not feel “lag”.

In order to do just that, we decided that our game server will be the only source of truth. It keeps each game in a simple map in memory so resolving this data whenever asked should be as quick as it gets. Next we wrote a small GraphQL schema that defines our Game entity.

This gives the client the flexibility to decide what parts of the data graph he needs to be steamed to it.

In our game, this subscription query turned out to be the only parts we need updated frequently: 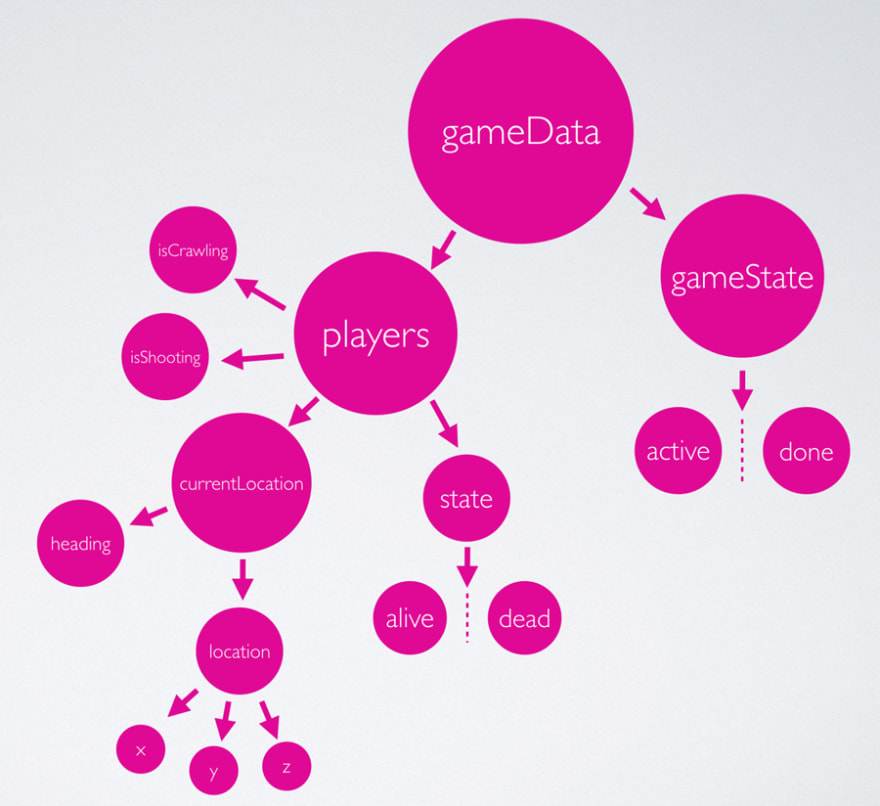 At the beginning we went with the naive implementation and set things up so that we will get any change made by any client as it happens. Basically publish on the mutation resolver. But we quickly realized this is not a good approach as this is not very scalable and we, quickly over-stress our graphql server.

The approach we decided on taking is usually referred to as “game tick”. We set up a timer that triggers every 200ms and publishes the game state to the gameData subscription. This was one of the most significant changes we made to allow for low latency, in our state synchronization process, and it was done with a couple lines of code, thanks to the way GraphQL subscriptions work. 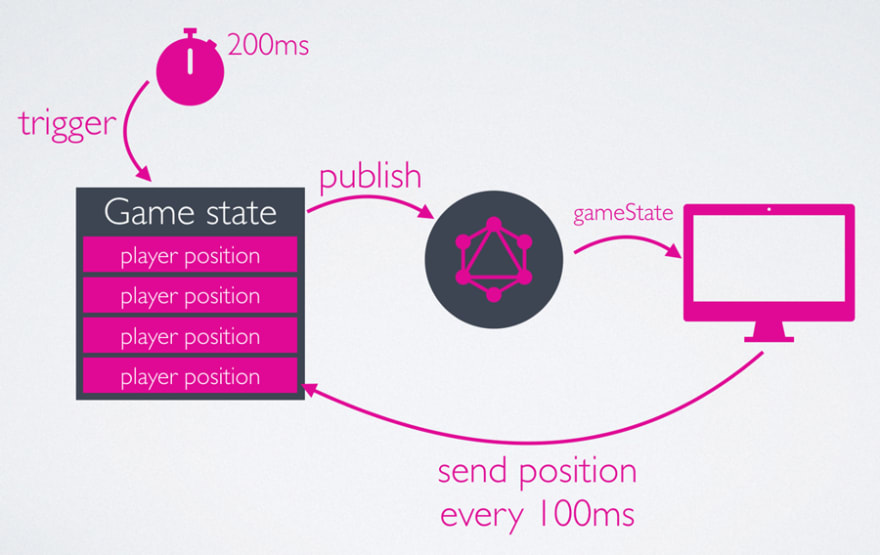 Not only that we were able to reduce latency, we were also able to scale the number of players quite easily.

Reflecting state changes on the map

All we had left is handle those high frequency events on the client and have it work well (e.g. without conflicting or lagging) with the other of the data operations.

But for those challenges, Apollo and angular-apollo had us covered! Apollo client handled the state subscription and updated the normalized client store seamlessly.

angular-apollo exposes the state as an Rx Observable which allowed us to plug that stream to our amazing angular-cesium framework and have the players magically move and update on a 3d scene rendered with CesiumJS!

Not just one subscription

As I’ve mentioned above, we are publishing the game state every 200ms which is quite good for positioning players, but there are events on our game that cannot tolerate this kind of delay and still feel good to the user.

After analyzing our graph, we determined that there are two such events. Shooting (obviously) and game state notifications. To handle those subscriptions on a ASAP manner, we’ve simply added two different subscriptions that the client should subscribe to. This makes sure that as soon as someone shoots, we will play the shooting sound according to his relative location on all other clients, and as soon a player is killed, all other players will get a notification indicating that. 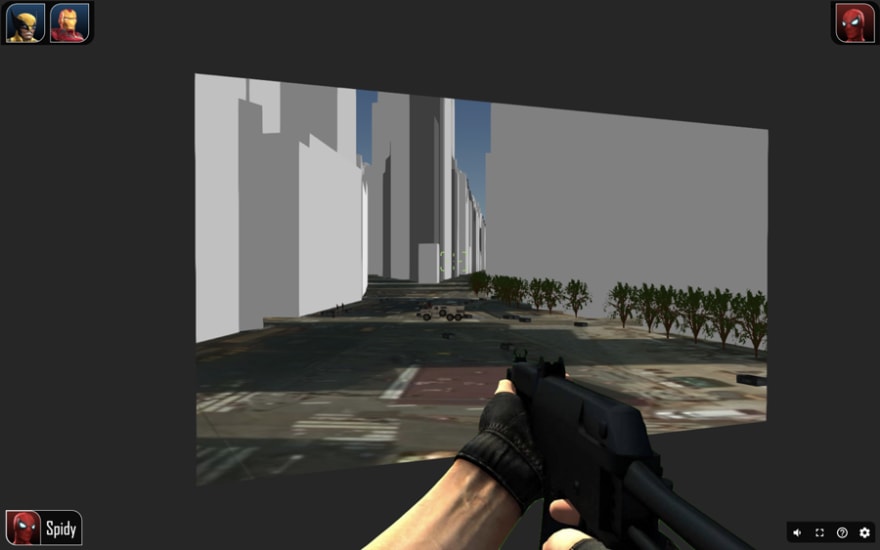 As our game is played on the same size scene as our own earth, we cannot help but thinking of future game modes where whole armies could play one against the other to take over / save the world!

This kind of massive multiplayer online game calls for some next level optimizations.

Who are we, you ask?

This game is the product of a collaboration between Webiks, a software development company that specialize in high-end data analysis and real time situational awareness web based applications. And The Guild, a group of freelance developers, open source contributors and the creators of angular-cesium.

If you are interested in other non-graphql challenges we faced in this project, Omer, the CEO of Webiks wrote a blog post that showcases all of it.

Oh, and it’s all open source! Come over, star and contribute!