Logic programming is something all developers should learn. It isn't actually that hard, and simply knowing what's possible will positively influence you in choosing better tools, for now and the future.

In this post I'm going to show you how easy it is to write a role-based permissions system in Prolog. In our first iteration, you'll only need 5 lines of logic, and easily extendable to boot. This will give you a sample taste of the full power of Prolog.

Note: This is not a full introduction to Prolog. That said, you should still be able to follow along, because logic programming is easy. When you're ready to dive deeper, you can bookmark this post for later.

Let's say we have users and clubs:

with a many-to-many relationship between the two:

And lastly, we want to specify which user is allowed to moderate which club:

Note that we haven't yet written a single line of logic. All code so far has been facts – simple statements of truth. And yet, with only this, Prolog grants us great, expressive power! Allow me to demonstrate.

Here is how we ask Prolog for all the clubs alice is a member of:

How about all clubs that alice is also a moderator of?

Or how about all non-moderator members of all clubs?

Note how Prolog gives us three solutions when there are six memberships. Also note that \+ is the operator for "not".

Given the incredible expressiveness Prolog grants us, it's very easy to begin adding logic for protected moderator actions.

Let's say we want a moderator to be able to ban a club member. A little harsh, I know, but it's a concept we all understand!

Here's how you can do it – in the advertised 5 lines – to be explained shortly afterwards:

and here's how you use it:

That's right, we now have fully working permission logic for banning a user. All moderators now have the ability to ban. To add another moderator, just add a new moderator clause.

Here's an explanation of the can rule:

And that's all it takes. Gaze upon the beauty of Prolog.

You can see the full code here.

Interested in learning more about Prolog? Star our repo, join our chatroom, and support our Patreon!

See Part 2 of this series here: 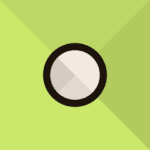 6 Things to Do When Inheriting Legacy Rails Apps

Why shouldn't you learn programming?!

The Clause
Bringing Prolog to the masses.

The Clause creates free and open source resources for Prolog and logic programming.