There are a ton of benefits around using tools to build XPDA's (cross-platform desktop apps). However, the easier the tooling is to use, and the more powerful it is, the larger your distribution package tends to be. NW.js is not exempt from this generality. I've been making desktop apps for over 5 years now. In that time I've found some tricks and best practices for optimizing for the medium of desktop apps, and I'd like to share some of these techniques today. 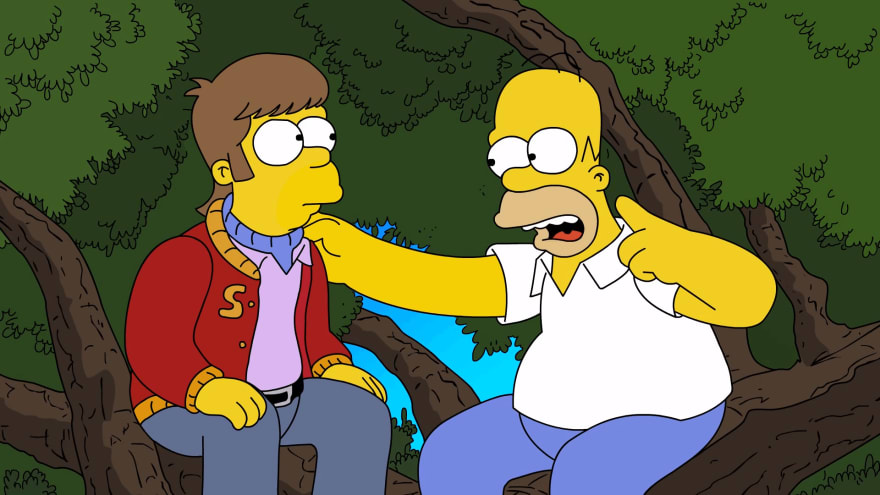 NW.js, to oversimplify, is a modified Chromium browser with Node.js built in. So as time goes on, Chromium and Node improve, get new features, and become more secure. They also get bigger as a result. Since NW.js is built on top of these technologies, it inherits these improvements, but also their growth in file size.

NW.js is known for having the latest tech. It typically produces a new release within 24 hours of a new Chromium or Node release. A factor that draws many to it. However, for those willing to use older versions of these technologies, this opens the opportunity for some interesting trade-offs.

One solution to reduce file size is to use an older version of NW.js. The go-to version would be 0.14.7, the Long-Term Support (LTS) release. This was the last version released that supported legacy OS's (Windows XP+, OSX 10.6+). Using this older version will mean a major reduction in the total distribution size of your application, however it also means giving up access to newer features and newer developer tools that come with the latest Node/Chromium releases.

Another choice for an older version is 0.12.3. This was the last release of NW.js before it had a major architectural change to allow releases to come out faster and more often. It is not recommended to use this version as its API has subtle differences from the 0.13.0+ releases. Meaning that it will be more difficult to update your app to newer versions of NW.js in the future. If you create your app using 0.13.0 or above, then updating to newer versions of NW.js is completely painless and will almost never require any code changes other than if something was deprecated in Chromium or Node themselves (pretty rare outside of experimental features).

Results of this choice

Using the Windows releases as a baseline, the latest versions of NW.js (~0.36.x) are around 189 MB, the LTS (0.14.7) version is 126 MB, and the outdated version (0.12.3) is 103 MB (again, not worth it). This can save a cool 63 MB (or 86MB if you're really crazy). This savings comes at a trade-off of giving up some developer conveniences, newer features, and most importantly security patches. But you get much wider support for older OS's, and a smaller dist. A compromise would be to build this version just for legacy OS's; but use the latest versions of NW.js for everything else. That would require twice the manual testing of the application though.

The node_modules folder has a reputation for being a beast. One of the great features of NW.js is the ability to access Node modules directly from the DOM. So it's likely that your app will have some packages it needs shipped with it.

Okay, so simply moving everything you can get away with out of dependencies will do a lot to help. But what about the stuff you can't? Most of the time each Node Module will come with a lot of extra files that your end user does not need shipped to them (README.md, src folder, tests folder, etc.). For this I usually end up creating a custom build or post-build script that lists the path to each of these junk files/folders in an array. Then loop over the junk array to delete them during or after the build.

There is some inherent risk in this, as you are manually selecting the files to be automatically deleted, and these files may change as you update your dependencies in the future. Though it is a small risk, it is one you should be aware of when updating your dependencies. When you updated any dependency, make sure to test your build thoroughly, and to inspect the node_modules folder after a build to ensure there are no new junk files/folders to add to the list.

The results here are entirely dependent on your application and how you develop it. In general, this type of optimization will give most apps the biggest gains in reduction of distribution size. It is usually measured in the tens to hundreds of megabytes. We'll use Koa11y as a real-world example, it's a XPDA for detecting accessibility problems in webpages.

This case study shows how important it is to reduce the amount of dependencies there are in your app. Since each one is shipped to the user, the decision to add a dependency must be handled with care. Just removing the devDependencies in this case saved 116 MB. The post-build script to remove files that are not required for the app to run (junk files), shaved off an additional 37 MB. 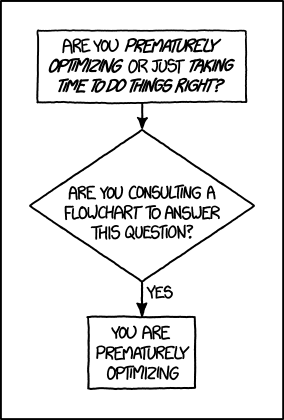 When it comes to optimizing web apps, many focus on shaving off bits and bytes. Which, to be honest is a waste of time when dealing with XPDAs made with NW.js. I'll quickly cover the stuff you can skip, and the stuff with potential to save a few megabytes.

What not to optimize:

Since NW.js uses web technologies to produce desktop apps, it can be tempting to try to apply all the same techniques used by web developers to optimize their apps for the web. While some of the techniques still apply, it's important to understand the medium you are working in. Desktop apps are not the web.

What optimizations actually matter then? 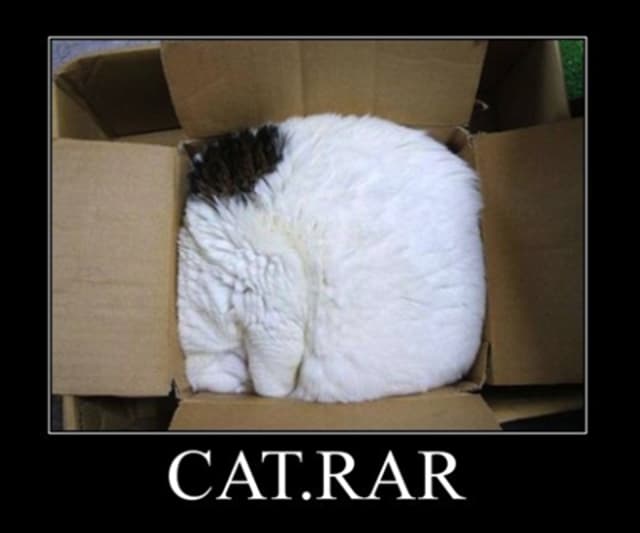 This is completely dependent on your application. In general though, you will get the smallest saves from optimizing your app directly. However, the packaging of your application with some zip or rar like compression can significantly reduce the size of your app, often to around 60-70 MB, though it can go even lower in some scenarios. This compression is just for the initial download, once unzipped/installed the app's full size is revealed.

4. Removing files from NW.js itself (not advised) 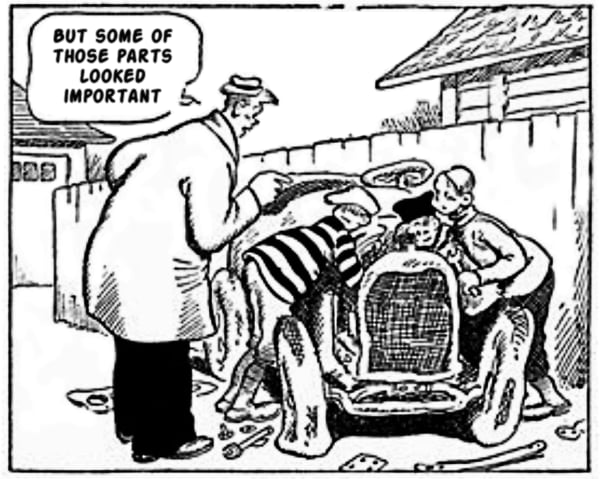 When you inspect the files that come with NW.js you will find that some are more important than others. Some of the files are only required if you use certain functionalities.

For example, libEGL.dll is used when your app talks to your video drivers to display 3D models, like when using WebGL. If this file is missing and you try to load a 3D model into the DOM, NW.js will call upon libEGL.dll, not find it, and then crash! But if your app never calls upon libEGL, then it missing will not have any negative effect. As you may already be surmising, removing files that can cause your app to crash is very risky, and hence why I don't recommend it. But for the sake of education, I'll list the files that NW.js must have in order to run:

The locales files is unique to the locale your OS is set to. So, removing the extra ones means you are saving space, but the app won't run on computers with different locales set. There are .pak and .pak.info files. Removing the .pak.info locale files has no negative effect.

If you attempt to remove the extra files, be sure to manually test every aspect of your app. As your app may not crash until a certain interaction in your app occurs like playing a video, viewing a PDF, viewing a 3D Model, etc.

This can actually shave off around 43 MB. Of course, your app may crash randomly, but ya know, go big or go home (just kidding, don't actually do this). 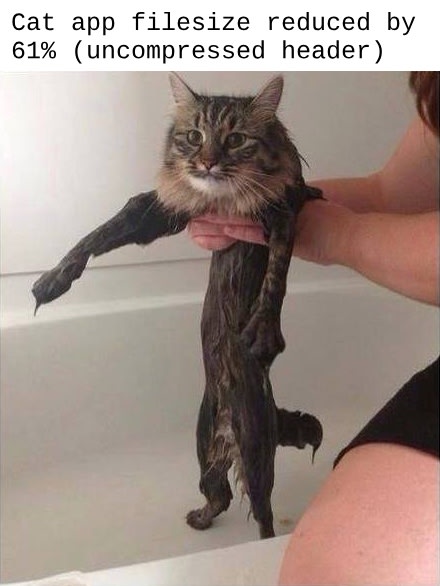 I've covered a few approaches for how to get your dist size down. Many are unique to desktop development. Some are easy wins. Some have trade-offs. Some are more complicated or risky. It's important to know the trade-offs and what all your options are, even if they're not all safe. And it's just as important to know what optimizations are wasted effort.

You'll notice that in this entire write up, I've only measured savings in megabytes. And I want to impress upon the readers that they should do the same. Remember, you're shipping a 70 - 200 MB app to your user. If you are focusing on saving 20KB, you're focusing on the wrong things.

To close this out we'll stick with Koa11y as our real-world example. Let's compare the different approaches.

119 is not too shabby for shipping Chromium, Node.js, and PhantomJS (used by Koa11y).

Many NW.js resources are available here:

To get started with NW.js, I've written a beginner friendly tutorial:

If any of the above requires clarification or further explanation you can ask in the comments below.

Are you a Javascript Developer if you don't have these VS Code Extensions?

How to add a zoom in effect with CSS

Once suspended, thejaredwilcurt will not be able to comment or publish posts until their suspension is removed.

Once unsuspended, thejaredwilcurt will be able to comment and publish posts again.

Once unpublished, all posts by thejaredwilcurt will become hidden and only accessible to themselves.

If thejaredwilcurt is not suspended, they can still re-publish their posts from their dashboard.

Once unpublished, this post will become invisible to the public and only accessible to The Jared Wilcurt.

Thanks for keeping DEV Community safe. Here is what you can do to flag thejaredwilcurt:

Unflagging thejaredwilcurt will restore default visibility to their posts.