Are you starting your journey with Angular? Then here are some of the best Angular tutorials for beginners that will help you to start with.

Before we start the collection, here is a short intro of Angular.

Well, Angular is a TypeScript-based open-source front-end web application platform led by the Angular Team at Google and by a community of individuals and corporations to address all of the parts of the developer's workflow while building complex web applications. Angular is a complete rewrite from the same team that built AngularJS.

It is a framework for building client applications in HTML and either JavaScript or a language like TypeScript that compiles to JavaScript. Angular also combines declarative templates, dependency injection, end to end tooling, and integrated best practices to solve development challenges. Besides, Angular empowers developers to build applications that live on the web, mobile, or the desktop.

Before you go through the list you can check some of the best Angular admin template free download. You may also like the collection of Angular UI Component Libraries.

While working with Angular project, you may check Vuexy – Angular Admin Dashboard Template. It is made using ng bootstrap and Angular CLI. If you’re a developer looking for an admin dashboard that is developer-friendly, rich with features, and highly customizable look no further than Vuexy. 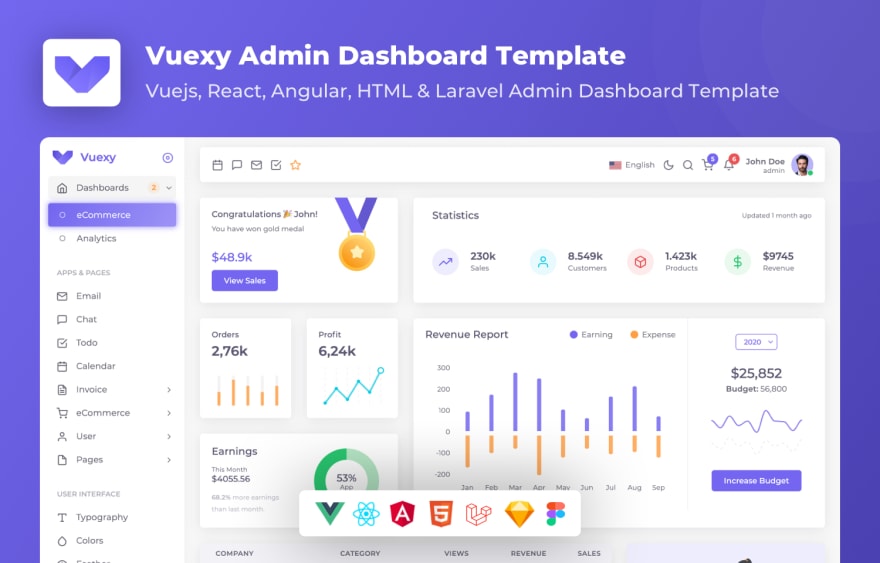 Following are some of the best Angular Tutorials For beginners.

Learn the basics of Angular in this full course for beginners.

In this angular 12 version video we learn what is angular and we learn basic things about angular courses.

Learn the fundamentals of Angular in this project-based crash course.

This Edureka Angular Full Course video will help you understand and learn the fundamentals of Angular. This Angular Tutorial is ideal for both beginners as well as professionals who want to master various concepts of Angular. Topics covered in this video are:

This one is the latest 3 part series Angular tutorial. In this part they have covered the following:

Following are some useful tutorials for Angular developers. These angular courses will help you start with Angular.

The Complete Guide To Angular

This course is for everyone from beginner to experienced. Aim of the course is to teach you all the fundamentals about directives, modules, databinding components, routing, HTTP access and many more. You will go through the detailed sections, backed up with a real project. This course will also show you how to use the Angular CLI and feature a real life complete project.

The course is aimed learn Angular 12 and the detailed planning needed for creating a real life Angular application. This course will help you to create applications from scratch & maintainable for increasing the scale of it as well. The course covers the Planning for angular application Components, Services & Dependency Injection.

This course gives you advanced practical knowledge of the Angular. After taking this course you will be able to build Angular Applications. You will also have a detailed understanding of everything that is made available by the Angular framework core modules.

Build an app with ASPNET Core and Angular from scratch

This angular tutorial for beginners is very practical. In this course you'll build a real life dating application from start to finish and every line of code are explained very well. On this course you will build an example Dating Application, completely from scratch using the .NET CLI and the Angular CLI.

Routing and Navigation Concepts in Angular 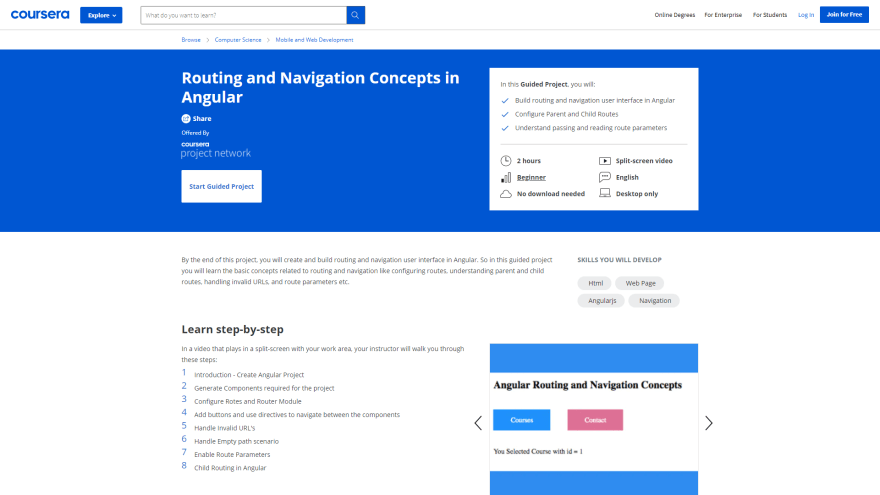 This course will help you to develop efficient Angular applications by mastering the concepts of Angular 12. After completing this Angular training online , you will be able to build responsive, dynamic, and interactive web applications using Angular concepts such as Angular Modules, Components, Databinding, Angular Forms, Angular Directives etc. You will also learn how to install Angular and make use of NPM packages. 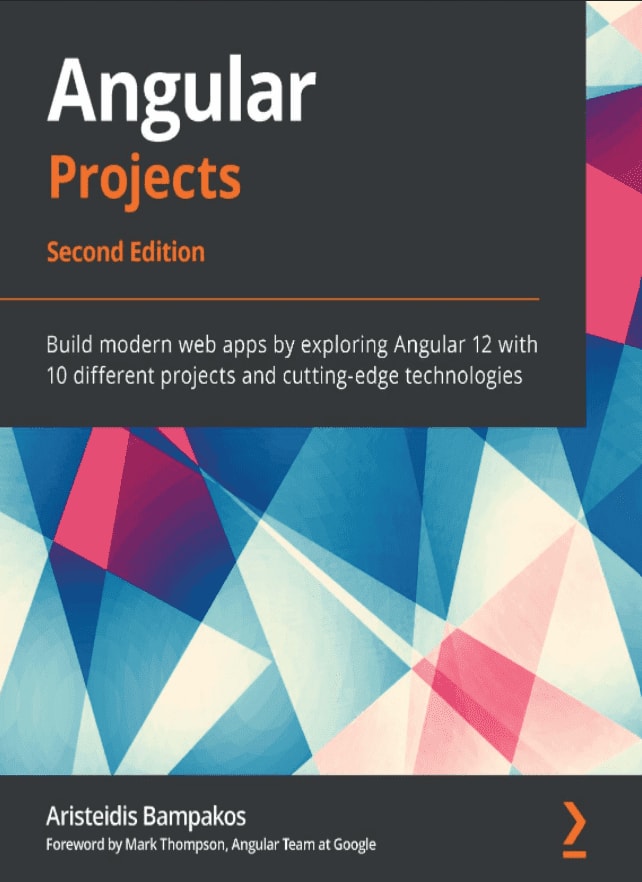 As you go through the book, you will learn how to implement popular technologies such as Angular Router, Scully, Electron, Angular service worker, Nx monorepo tools, NgRx, and more while building an issue tracking system, a PWA weather application, a mobile photo geotagging application, a component UI library, and many other exciting projects.

What you will learn

The Ng-book — A Complete Book on Angular 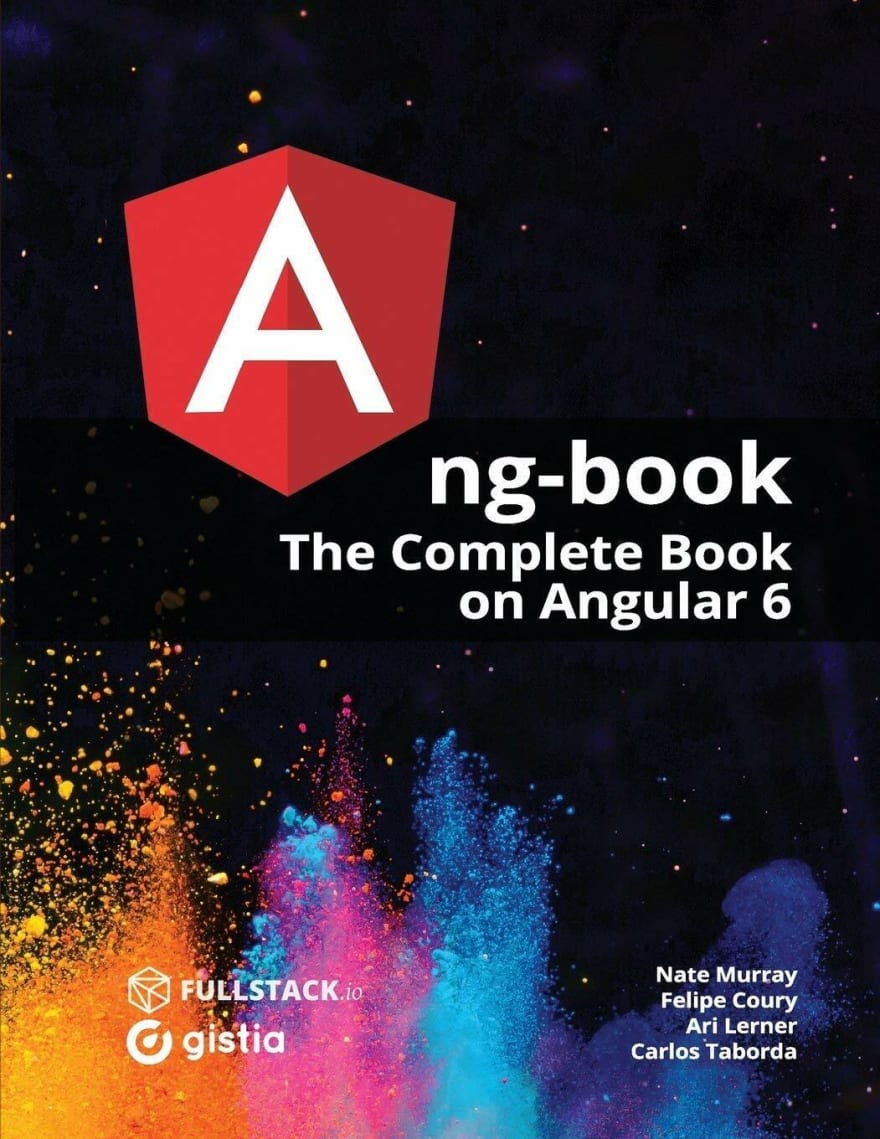 ng-book is designed to teach you step-by-step how to create serious Angular apps: from empty-folder to deployment. Each chapter covers a topic and we provide full code examples for every project in the book. The book also describes how to write and test mobile apps with NativeScript. 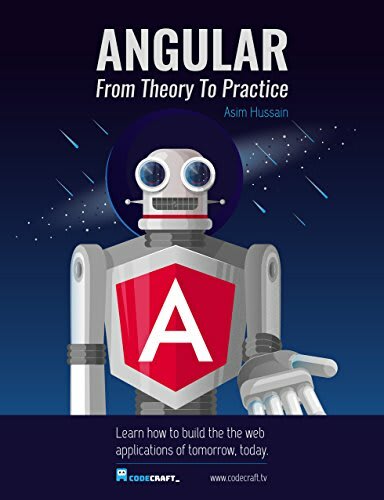 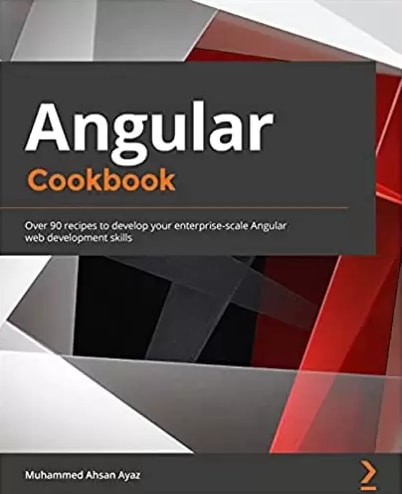 From Angular concepts such as Angular components, directives, and services to get you ready for building frontend web apps, this is one of the best book for Angular. You'll learn to develop web components with Angular and go on to cover advanced concepts such as dynamic components loading and state management with NgRx for achieving real-time performance. By the end of the book you'll be able to create full-fledged, professional-looking, Progressive Web Apps (PWA) with Angular to provide an intuitive experience for users.

So, here was the collection of best Angular Tutorials For Beginners 2022. In this collection we have covered some of the most recommended angular tutorials for beginners by the best tutors.

Intention here is to provide you the best learning recourses for angular. Do let us know if you have any suggestions for other useful Angular tutorials and recourses for beginners in the comment section below.

We hope you find this collection helpful. Also, don't forget to share.

Tips: One important question you may want to ask during interviews

How To: Undo the Last Commit From Your Remote Git Repository