In this artilce I will first state explaning what is a IP address, DNS,Server and so much more in order for you to get your first server deployed.

How does the internet work?

These are the layers of how the internet is created in a nutshell for those who have taken a computer science degree.

The seven layers of function are provided by a combination of applications, operating systems, network card device drivers and networking hardware that enable a system to transmit a signal over a network Ethernet or fiber optic cable or through Wi-Fi or other wireless protocols in your machine or device.

What is a domain?

You might have heard of domain and subdomain. Domain names are mainly used as name of websites. Subdomains are dependant on standard domains.

What is a IP address?

A IP address stands for Internet Protocol it is a type of protocol to communicate via network. A IP address is a numerical label assigned to each device connected to a computer network that uses IP for communicaiton. n IP address serves two principal functions: host or network interface identification and location addressing.

There are a many of protocols, however IP address is the most common among developers. The internet uses TCP protocol, which is a whole networking course which I will not get into. However, if you are interested to learn more about TCP here is a article to help you learn more TCP.

In simple terms DNS stands for Domain Name System, which is responsible to map IP address to domains. So to bring it together something like this

DNS has layers of cashing, which helps you with speed and your machine does not have to resolve the IP address everytime. If your first layer does not have the mapping to DNS IP address than it will resolve to second layer and if not there than third layer until it is resolved, which could be updated by some server.

Troubleshoot Scenerio: Let's say your webportal is down. It may not be that your server is down it could mean that your DNS is down. A simple test would be to ping your website/portal. If you get a response than your server is up and running otherwise you will get timed out.

A security issue with DNS is called DNS Spoofing. DNS spoofing occurs when a particular DNS server’s records of “spoofed” or altered maliciously to redirect traffic to the attacker. 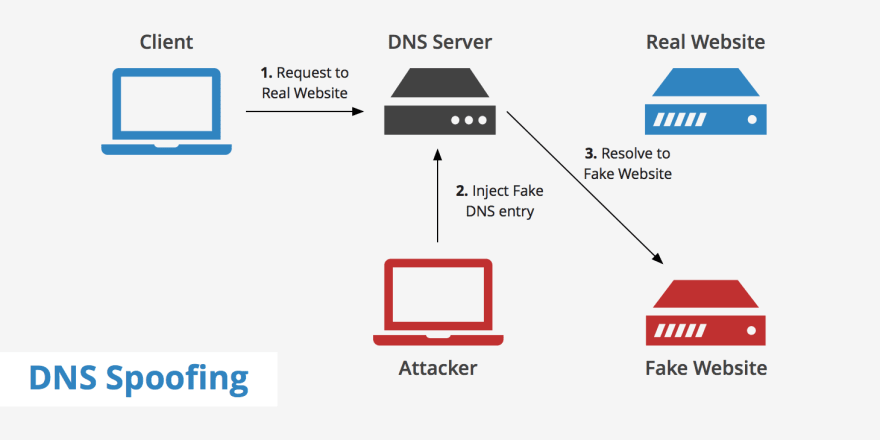 The way that is currently resolve this is utiling https, which creates a handshake and confirms that you are who you say you are. DNS spoofing will generally not work on HTTPS websites unless the client chooses to ignore the warning signs or if you manage to obtain the private key for the site.

SSH stands for Secure Shell, which is a cryptographic network protocol for operating network services securely over an unsecured network. Typical applications include remote command-line login and remote command execution, but any network service can be secured with SSH.

In order to use ssh you will either need username/password or ssh key to login into a server. It is best pracitce to use ssh key rather than username and password as humans we are likely to keep password easy to remeber, which can be broken into in a matter of minutes.

Most commong people use for passwords:

The way to generate a generate ssh key:

You should be able to find your ssh keys in your ~/.ssh directory. You can use this ssh public key to authenticate with servers, twitter, github ect.

NOTE DO NOT LOOSE OR SHARE YOUR PRIVATE KEY!

For more details on generating ssh-key info here is a link https://www.ssh.com/ssh/keygen/

Once suspended, thisguymartin will not be able to comment or publish posts until their suspension is removed.

Once unsuspended, thisguymartin will be able to comment and publish posts again.

Once unpublished, all posts by thisguymartin will become hidden and only accessible to themselves.

If thisguymartin is not suspended, they can still re-publish their posts from their dashboard.

Once unpublished, this post will become invisible to the public and only accessible to Martin Patino.

Thanks for keeping DEV Community 👩‍💻👨‍💻 safe. Here is what you can do to flag thisguymartin:

Unflagging thisguymartin will restore default visibility to their posts.