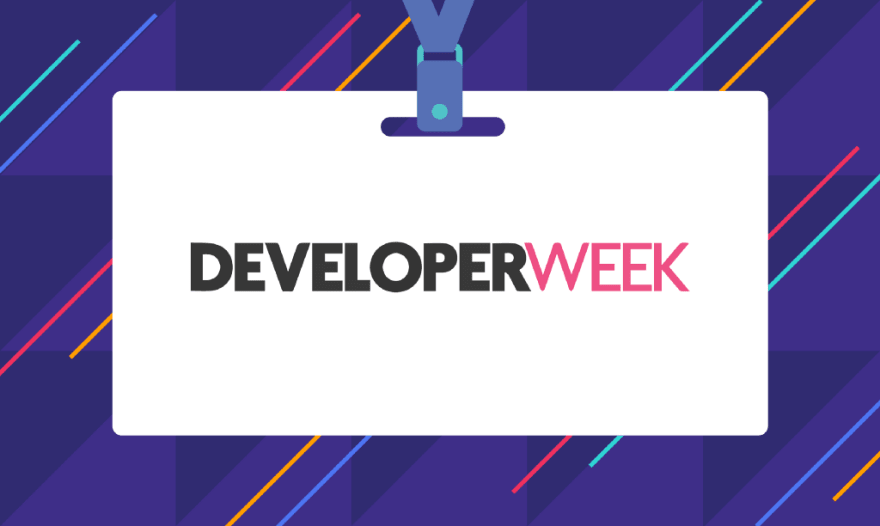 DeveloperWeek is a gathering of many of the brightest minds in the developer community sharing their current experiences with new technologies, running the business, and everything in between. It was an amalgamation of 15+ different conferences all in the same week. It included API & Microservers, AI & Machine Learning, JavasScript Conference, Containers & Kubernetes, DevOps Summit to name a few. When I first pulled up the schedule my mind was racing trying to figure out which one of these great talks I would choose over the other amazing talks that I knew I was going to have to wait to see when the team at DeveloperWeek release the videos. It really was a full buffet of all things developer.

With my background in JavaScript, I choose to attend many of the talks around this subject but also delved into some of the other flavors that were offered. Some of the talks had some names that were too interesting not to attend! The speakers ranged from CEOs to Engineers on the frontlines to Developer Advocates reaching out and getting to share their perspective and knowledge with the world.

It was such an honor to participate in a conference such as this one where over 8,000 developers, engineers, software architects, and executives gathered to witness the immense amount of content provided. They also had a Hackathon, which honestly, to be able to gather people in a remote manner and have them cook something up like this is already challenging as it is, but they were able to do so in a successful manner. It was impressive, to say the least.

With about 30 different talks being given per day, the hardest part of attending this conference was choosing which sessions to attend. Some talks ran for about an hour and some of them ran for just 30 minutes. It was easy to jam-pack your schedule and by the end of the day, it left your head spinning and a browser full of open tabs and a whole slew of new bookmarks.

With that said, I want to share with you some of the talks I managed to attend and what I was able to get from them.

Why Designers and Developers Need a Common Language by Jedidiah Weller

This session spoke directly to a core issue that I have seen occur on many different levels in tech companies. Whether it is designers talking with developers or developers talking with the customer care service team — the idea of being able to share a common language is essential for an easy and efficient transfer of knowledge. A common language also helps keep everybody on the same page when it comes to setting goals and achieving them.

In this talk, Angel, who is also a Developer Advocate, discussed the importance of smoke tests while developing and making sure you are running these tests anytime the code changes. Infrastructure as code allows you to not only run these smoke tests before the CI/CD process but also run a set of smoke tests in the targeted environment. This process will increase everyone’s confidence in the app. Infrastructure as code is the ability to define, provision, maintain, and destroy infrastructure using code syntax. He also shared an example of how to achieve this through circleCI.

The 90s Called & They Want Their Websites Back by Rachel White

I felt like this was one of the quirkier of the talks, but just as relevant. Rachel took us back to the evolution of the personal pages starting back in the 90’s. We traveled back in time when Geocities and Angelfire were beginning to offer people the ability to easily host their own pages about everything and nothing. It was a very nostalgic walk down memory lane, which really shed light on how far we have made it and how new technologies today like JAMstack architecture are allowing us to go back to that relative ease of hosting our own pages.

Al showed us how Google App Scripts can shine. He shared how he uses this technology along with Coda (a technology that streamlines and integrates many different resources together in one platform) to make API calls, gather data from a Google Sheet, and aggregate it into a Coda document. He then showed us how to automate the entire process using Google App Scripts. Very cool.

Jarom and his team gave a very relevant talk about getting us to collaborate in the era of video meetings. They touched on how we may get lured into thinking we can multitask during these meetings, but that practice results in distracted team members. The burnout can happen when our schedule is back-to-back meetings and video platforms really favor the extroverts. He walked us through how he and his team have implemented strategies to avoid these pitfalls, maintaining user engagement, and therefore maximizing the efficiencies of these meetings.

DeveloperWeek 2021 was an incredible demonstration of all the different areas and specializations in which developers are involved, with its sheer amount of topics discussed. Some of the talks were technical and some really dealt with the well-being and communication of the developer.

This conference will continue to enlighten minds as it continues with its scheduled events including DeveloperWeek Europe on April 27th and 28th 2021, DeveloperWeek Global Management in May, and even more in the following months.

I’d also love your feedback on YOUR experience at DeveloperWeek! What did you experience? What cool things are you going to do with everything you learned? Leave a comment below or reach out to me on Twitter at @thisisvillegas.

7 things I learned as a Software Developer

How I Passed the Azure Developer Associate Certification Exam

The best websites to learn Python in 2020