I had a problem today that I ended up spending quite some time resolving. We have some internal CLI's that we have been migrating to .NET Core lately. Rather than having to clone the code and build it when needed, I wanted to set up an automated build, producing a self-contained console app on our Azure DevOps server.

When setting up builds on Azure DevOps, I pretty much follow the same pattern over and over again. The first step is usually setting up a dotnet restore task: 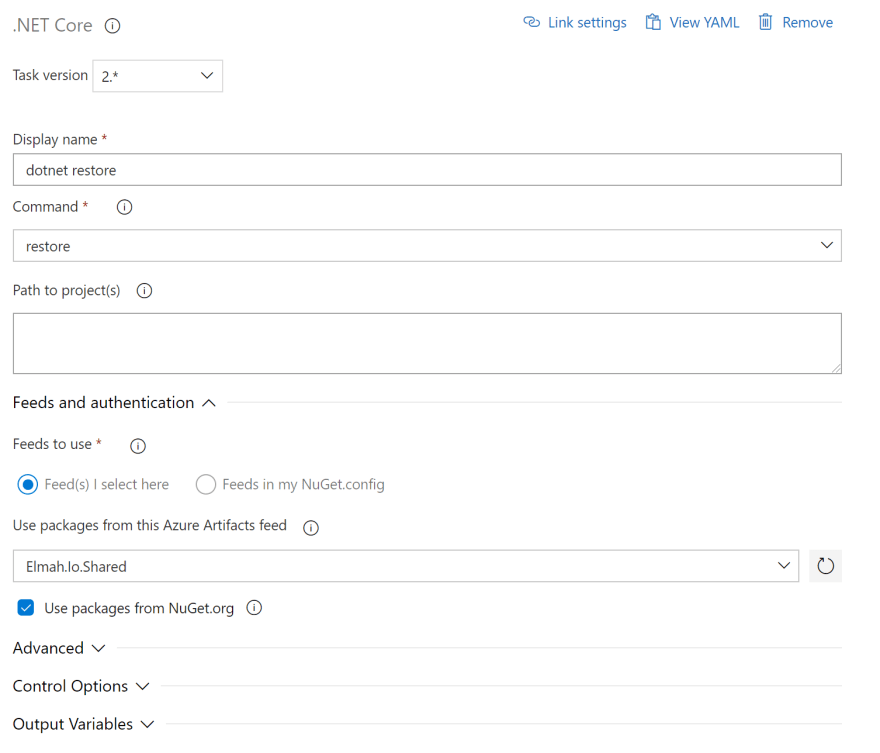 Notice the custom feed selected in the Feeds to use section. The reason I'm mentioning this is that it will cause problems in a minute.

Next, I add a dotnet build step: 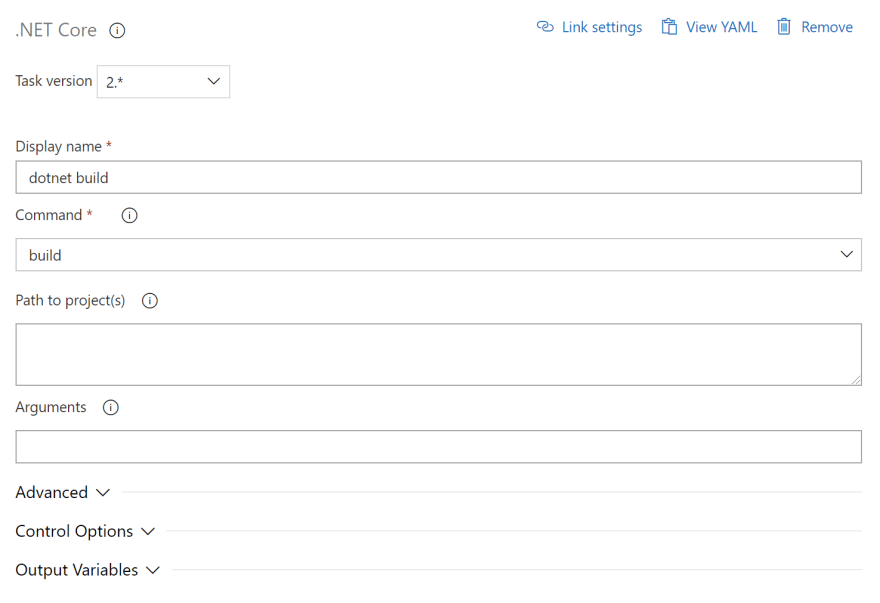 Adding that command as a build step is easy: 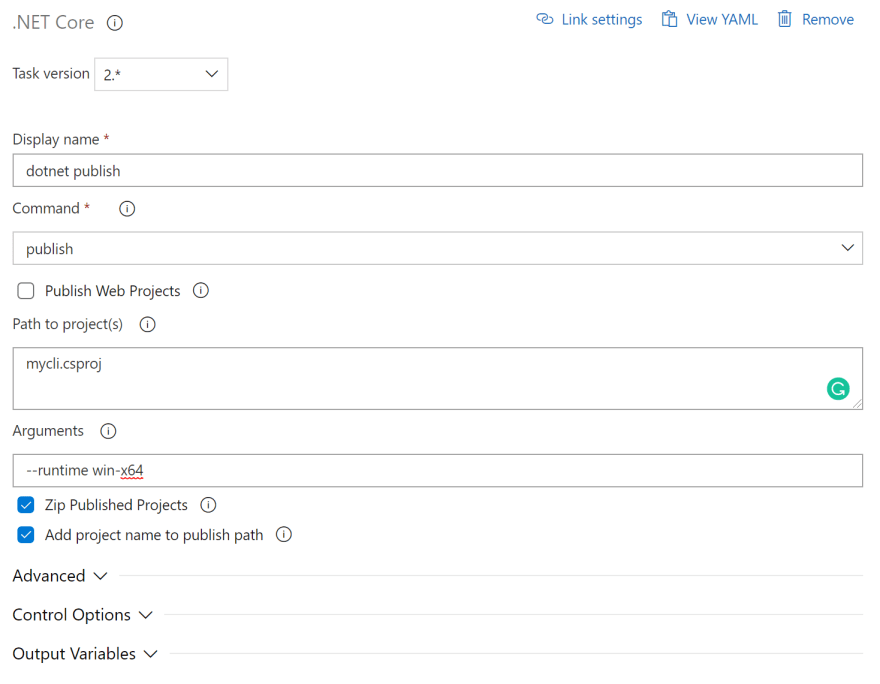 Unfortunately, the build failed on Azure DevOps with the following error:

error NETSDK1047: Assets file '...\obj\project.assets.json' doesn't have a target for '.NETCoreApp,Version=v5.0/win-x64'. Ensure that restore has run and that you have included 'net5.0' in the TargetFrameworks for your project. You may also need to include 'win-x64' in your project's RuntimeIdentifiers.

When looking through my csproj file, the project doesn't include a runtime as proposed by the error message:

To fix the error, I simply add a RuntimeIdentifiers element:

This fixed the build error just to reveal a new error in the dotnet publish step:

Remember the dotnet restore step which pointed out a custom NuGet feed to (also) restore packages from? Unfortunately, neither build or publish has this option, why I need to disable restore on those steps (no need to restore and build multiple times anyway). This can be done by modifying the build step:

This tells the build command to build for the win-x64 runtime and don't do NuGet restore. We need the runtime parameter since dotnet publish will no longer restore and build if required. The --no-restore parameter instructs build not to restore NuGet packages.

Similar, I extended the publish command:

By including the --no-build parameter, neither restore or build is executed as part of this step. 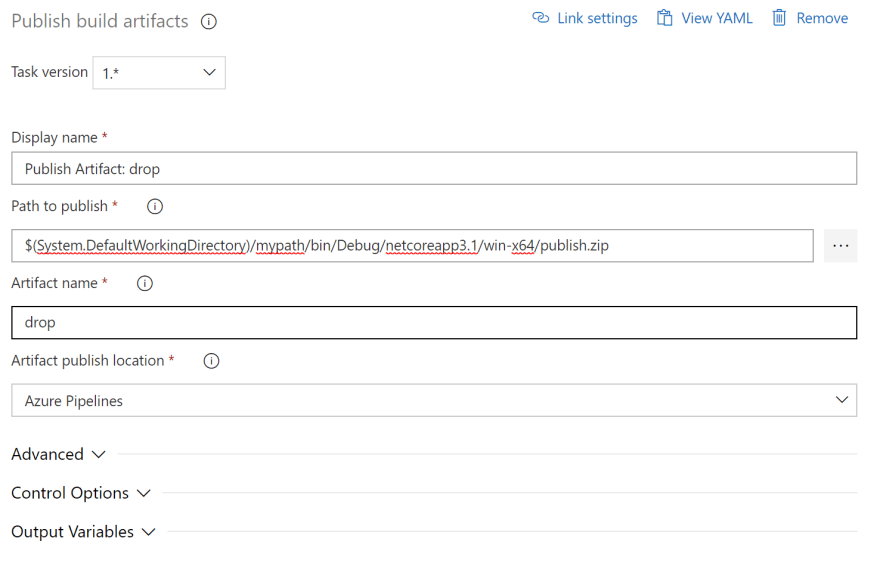 When anyone needs the newest build of the CLI, he/she can download it by navigating to the most recent build and clicking the Artifacts button: 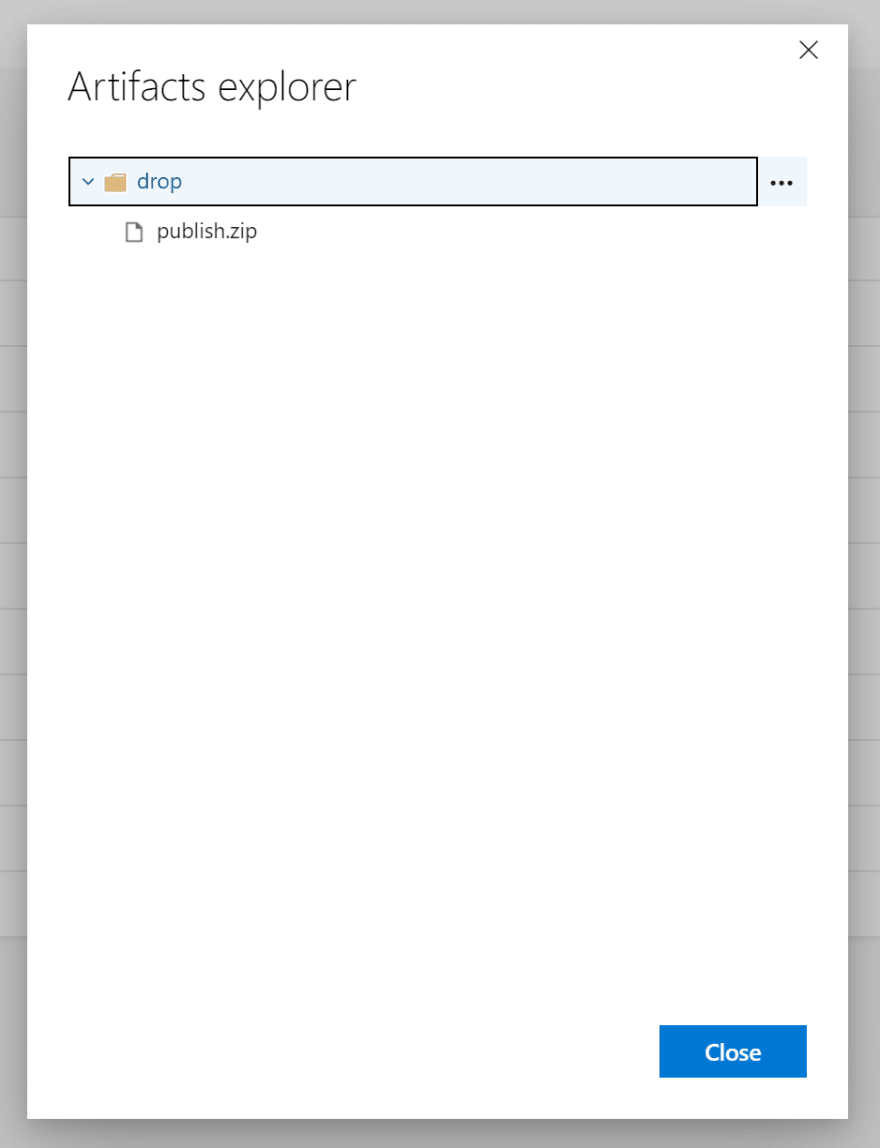 Would your users appreciate fewer errors?

elmah.io is the easy error logging and uptime monitoring service for .NET. Take back control of your errors with support for all .NET web and logging frameworks.

This article first appeared on the elmah.io blog at https://blog.elmah.io/publish-a-self-contained-net-core-app-on-azure-devops/

Once suspended, thomasardal will not be able to comment or publish posts until their suspension is removed.

Once unsuspended, thomasardal will be able to comment and publish posts again.

Once unpublished, all posts by thomasardal will become hidden and only accessible to themselves.

If thomasardal is not suspended, they can still re-publish their posts from their dashboard.

Once unpublished, this post will become invisible to the public and only accessible to Thomas Ardal.

Thanks for keeping DEV Community 👩‍💻👨‍💻 safe. Here is what you can do to flag thomasardal:

Unflagging thomasardal will restore default visibility to their posts.