How can my knowledge of technology help in global warming impacted future? My main area of study is in Computer Science and I've mostly had contact with intangible stuff. If, as a consequence of climate change, we enter a new era of scarcity, how can this intangible knowledge help?

With this in mind and with curiosity about IoT. Our most basic need is food. Vegetal food needs light, healthy soil and the right amount of water to grow. The most basic gadget I could build that can help food to grow and to learn with my experimentation is a weather station.

All that introduction is just to say that my goal is collecting the temperature, air humidity, soil humidity and sending it to my cluster for processing. Since we are in the future, no cables are allowed therefore of wireless connection is required. So I went online and bought the most simple-looking and cheap module I could find to couple it to an Arduino I've already owned. I got the ESP-12e and that is where a whole new world opened beneath my feet and thing got a little more complicated.

What I didn't know is that the ESP8266 is not just a Wifi module, it can be programmed and even run a web server inside. Of course there was a community leveraging this for IOT, and they led me to OpenMQTTGateway. This project collects various signals and sensor from IOT devices and sends it to a queue to be used by HomeAutomation services such as Home Assistant. Given my astonishment of the capacity of this module of course I didn't have any tools that would make my life easier in programming it.

Since I had an Arduino I thought it would be easy to use it to program the ESP. My first blocker is that I saw on a tutorial that I needed an external 3,3V power source because Arduino's 3,3V output didn't have enough current for the module. I found 3 used 1,5V batteries that connected in series gave me 3,6V. The datasheet says that 3,6V is within the operational voltage, so achievement unlocked for recycling used batteries. (I do have to notice that I found out later that used batteries are really bad at keeping the voltage I measured without any usage.)

Now I just had to flash the OpenMQTTGateway project into the module. Well, to put it into flash mode you have to reboot the module with the GPIO0. I found this nice schematics in instructables:

My execution of it was a disaster because I bought the wrong pin bar (the ESP-12E has a smaller distance between the roles in comparison to the default protoboard) so I just attached the wires directly to the module. Of course that doing so made it very unstable and I couldn't breath near it without triggering a reset. But it I got it be be stable enough to flash it. The next issue I had was not flowing correctly the instructions: I was trying to use Arduino IDE to program the module and it wasn't able to connect. First of all it is very important to connect the ground to reset in the Arduino board. Apparently when you open the usb-to-serial converter Arduino automatically resets and keeping reset pin to ground avoids that.

⚠️ To flash software to the module no other sensors can be attached.

I ended buying a fiberglass protoboard to weld everything together and make the setup more stable (I admit I do have practice welding to get more motor coordination). Finally, I also added a USB cable and a tension regulator to 3,3V for a constant power supply. 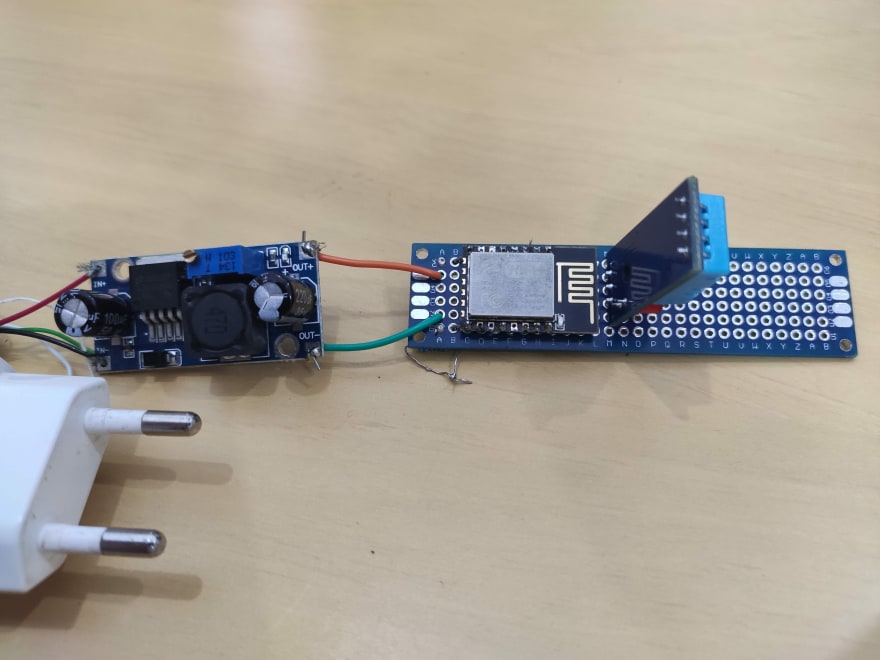 You might ask me why didn't you just buy the nodemcu? Well, I basically didn't know of its existence and I never thought that "wifi module" could do so much. It was fun to learn, but it is certainly better to buy the nodemcu because it is pretty cheap (even in Brazil), and flashing it and connecting stuff to it is a lot simpler.

To manually configure the network and MQTT I added the following to User_config.h:

To collect and view the sensor data I'm using Mosquitto, Prometheus, and Grafana. For Prometheus to be able to collect the data I'm running an exporter that reads the data from the queue and provides an HTTP endpoint in the format Prometheus expects. 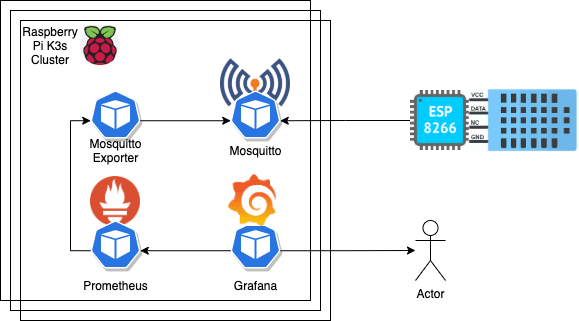 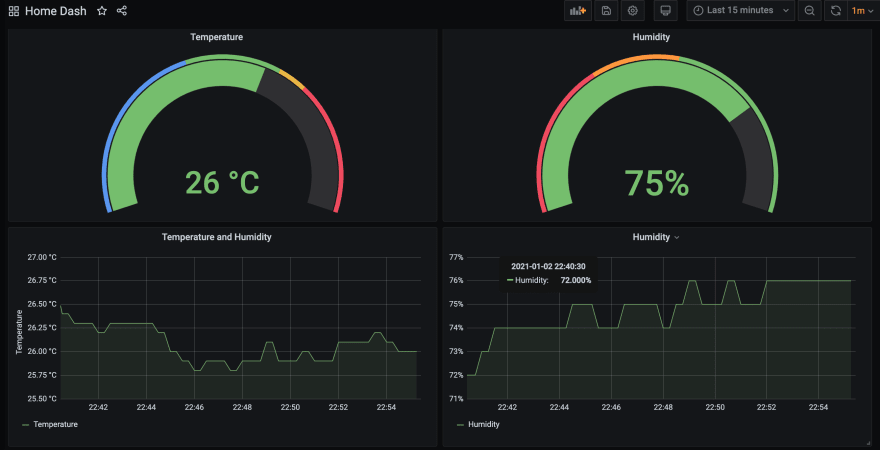 Arduino: How to Process Infrared Signals from a Remote Control

Thiago Pinto
I’m easily intrigued to learn stuff, specially if it's related to privacy and information security.
Why I Decided to Invest in My Portfolio as a Junior Developer
#webdev #career #codenewbie #help
5 Life-Changing Lessons I Learned From Being Laid Off That Will Put You Ahead Of 97% Of People
#beginners #productivity #motivation #codenewbie
Git Commit Patterns
#git #beginners #tutorial #productivity

Once suspended, thspinto will not be able to comment or publish posts until their suspension is removed.

Once unsuspended, thspinto will be able to comment and publish posts again.

Once unpublished, all posts by thspinto will become hidden and only accessible to themselves.

If thspinto is not suspended, they can still re-publish their posts from their dashboard.

Once unpublished, this post will become invisible to the public and only accessible to Thiago Pinto.

Thanks for keeping DEV Community 👩‍💻👨‍💻 safe. Here is what you can do to flag thspinto:

Unflagging thspinto will restore default visibility to their posts.