I've written a number of python packages over time for my own use really and I'm so snowed under just getting it done that every time I stopped to consider sharing one, so it could be pip installed, I searched on-line and immediately got lost among the tens, hundreds maybe, of guides, tutorials and options and what looked like enough material for a doctoral dissertation to wade through. And all of it looked scary talking about starting from scratch (not from an existing package), wanting me to add and write a dozen files and understand this and that, and worse there are old ways, new ways, alternate ways ... Aaargh. 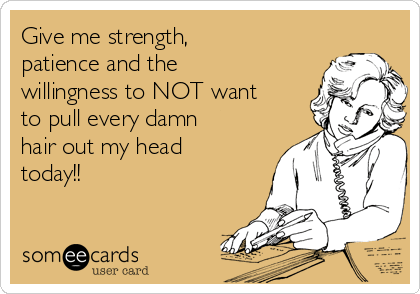 But hey, we're in a snap 3 day lockdown here (thanks COVID!) and I was tidying up some projects and tried again ... this time, experience in hand, (and less hair) I figured I would put my blinkers on and use just the official tutorial:

And I was mildly pleased. I guess my expectations had dropped but hey, it proved manageable and I did succeed in publishing a few packages. But even this tutorial left me wasting far too much time trying to work out how stuff works and I wanted to write it down ASAP, for my own sake, and well, here we are ... share it.

So here's a better (IMHO) guide to packaging your Python Project and publishing it (better because it says what I wanted to know, and I'm making different mistakes and it has it's own shortcomings that I don't notice ;-).

1. Start with a package

Sometimes there might be a few more .py files in the folder beside the __init__.py. Minor detail, just what happens when it's a little too big to fit conveniently into the one file.

Key thing here is we're not starting from scratch, but have a package.

You only need two tools as it happens and they are:

and so for prep:

Not many, don't fret.

That's it! And to think it seemed so scary in past.

The tutorial recommends that you lay out your folder like this (yes, I've simplified it a bit):

The things to note are:

my_package and my-package? What, why, when?

This is described nowhere, and I had to work this out with a lot of trial an error and hair pulling alas. But here's what I got for you.

pyproject.toml is easy. Just copy the standard. Put this in it:

and be done with it. Ask no more. It's build internals and unless you're super keen in digging deeper, let it rest, this just means when you run python3 -m build in your package folder, it knows what to do (if you don't have this file it will ask for one). What it does, is created a dist folder and drops two files in it. These are what twine needs

setup.cfg is not hard either and here's my minimalist take and the clarifications that I felt were missing elsewhere:

And here's what I felt I should have known:

6. The Importance and Catches with Testing

Publishing is as simple as:

BUT, it's committal. Once you've published there appears to be no way of undoing it and it consume the filenames you used (which means also the version you have in setup.cfg as these get built into the filenames in dist).

And so, testing first is critical. And pypi.org provide testpypi at https://test.pypi.org/ that you can publish to freely, as often as you need to get it right.

The main things that demand a retry are in my experience:

To publish to the test site it's just small variant:

So testing is great. A lifesaver. But it caused me some modest grief too (the flip side of the same coin).

Firstly you need to create an account on the site, and I did that but use Bitwarden always, and generate large random passwords for me - a habit (that we should all have).

twine when used as above prompts for username and password. Alas these long random passwords of mine are not easy to type, so I usually do a copy/paste but alas pasting the password does not work - I tried and tried.

Fortunately they can be provided on the command line as in:

and I saved this in a file called test-publish that reads:

Secondly, you can't republish. At all. You need to increment the version in setup.cfg and rebuild before you can republish. Slows things down some. Not least because of the time and energy spent searching online for ways and means to republish. Some on-line sources suggest --skip-existing does the trick, but it doesn't - not for me and it's not clear what it does or what it's for and maybe I just misread that. C'est la vie.

Thirdly, the dependencies listed under install_requires in setup.cfg don't work, presumably because, when testing the required packages aren't on https://test.pypi.org/. But it took a bit of head scratching and try and try again to convince myself of that, as I was trying believe it or not to validate the syntax for just that setting as it's not described in the tutorial and sent me looking at that warren of other sources quickly again. I do wish that testpyi would look at pypi for requirements as a fallback so this test cycle could be complete.

OK, so having gone through that all now, like most folk eventually do, I have a standard template (the last package I published). I now routinely use five tiny little two line shell scripts to make life easy for myself.

Basically a build script, and two publish and install scripts.

A script to build:
build:

A script to test publishing:
test-publish:

A script to install the test publish (test installing) - noting that errors here about requirements that cannot be met are expected:
test-install:

A script to publish properly:
publish:

A script to install the package properly:
install:

A basic example of that together you can visit at:

I hope that helps someone save all the learning hassle, and publish something easily, by just adding 4 files to a folder (a README.md to write, a LICENSE.md to download, a pyproject.toml to copy, and setup.cfg to tune) and maybe 5 tiny little helper bash scripts and in no time a test and then publish cycle is underway.

Billions of unnecessary files in GitHub