Since I already explored coin detection, I decided to take the real-life application of OpenCV one step further. Now that I can find the coins, naturally, the next step would be to correctly identify the coins and subsequently calculate their amount.

As previously explored in a separate article here, detecting the coins is the first step. I used the Hough Circle Transformation to find these and therefore had the radius of each coin and the coordinates of the center. The logic behind the value identification lies in the radii of each coin as we have only visual information, therefore the precision of the circles drawn around the coins needed to be high.

Since each picture can be taken from a different height, we cannot directly translate the number of pixels to millimetres. Therefore the identification of coins had to be relative based on their radii.

From there, I just created a dictionary of all important information related to each coin - name, value, count, radius, ratio-to-smallest-coin and ran a for cycle for each of the coins, or to be precise, circles found by the Hough circle Transformation.

Now, all that was left was that each time a coin is identified, the value is written to the center of the coin and added to the total value variable. After running through all the coins, the total amount is calculated. As usual, all work can be found here, on GitHub.

First I tested the program on the most nicely scanned coins that the internet could offer and found this picture. After some tweaking with the parameters in Hough Transformation, I got this result:

This gave me the confidence to try to test it on a picture of coins that I took at home. I thought, just as with the picture above, that few tries with the parameters would result in the correct amount.

Unfortunately, that was not the case. See, the biggest problem was that Hough could not detect the circles well enough to fit the ratio. It either made the circle too small and hence thought it was smaller value or the opposite or did not detect them at all. I tried changing the background from white to black, different distance to take the picture, different lighting and still nothing. It took me days of trying almost every combination of parameters to realise that this was not the way. The secret lies in preprocessing the image.

The most important realization was that the output could be only as good as the input data that we are providing.

Logically, by increasing the quality of input data, the quality (here it would be precision of circles drawn) would also increase. Consequently, making sure that the picture quality was high enough and stretching the gamma to bring out the contrast helped Hough to better detect the edges. To some degree, the previous improvements like black background helped as well. Then suddenly, few tweaks later, success!

Here is the final output: 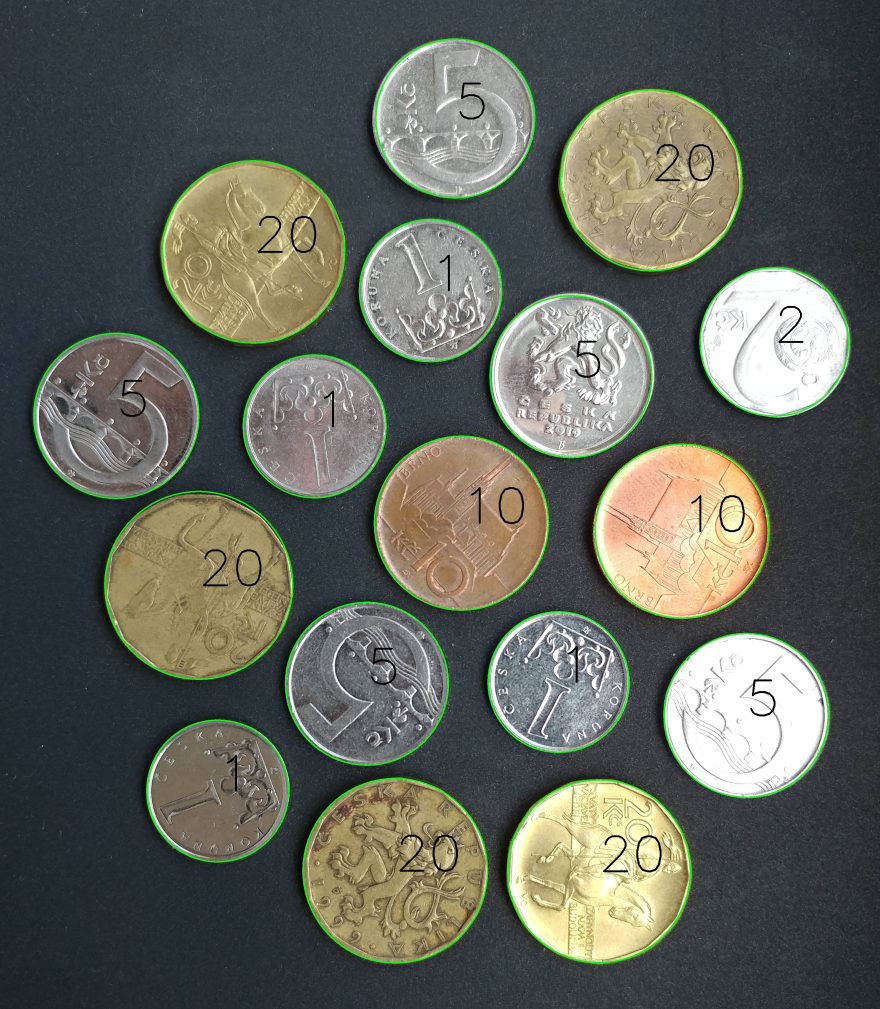 This project again represents the accumulation of previous knowledge but is more valuable for me as it has a tangible real-life application that I could test at home. The biggest lesson learnt was to think about why the program is not performing well (bad preprocessing of image) rather than just trying to change various parameters of the Hough Circle Transformation and hope for the best. As always, may the Python be with you.

Self Guide to becoming a Data Analyst

How to Test Django, Django Rest-Framework, and Djoser

Going to Production with Github Actions, Metaflow and AWS SageMaker

Once suspended, tinazhouhui will not be able to comment or publish posts until their suspension is removed.

Once unsuspended, tinazhouhui will be able to comment and publish posts again.

Once unpublished, all posts by tinazhouhui will become hidden and only accessible to themselves.

If tinazhouhui is not suspended, they can still re-publish their posts from their dashboard.

Thanks for keeping DEV Community 👩‍💻👨‍💻 safe. Here is what you can do to flag tinazhouhui:

Unflagging tinazhouhui will restore default visibility to their posts.