Well, I built a MineSweeper game that allows multiple players to play the same game at the same time. No turns, no waiting. Just tap tap boom! 💥 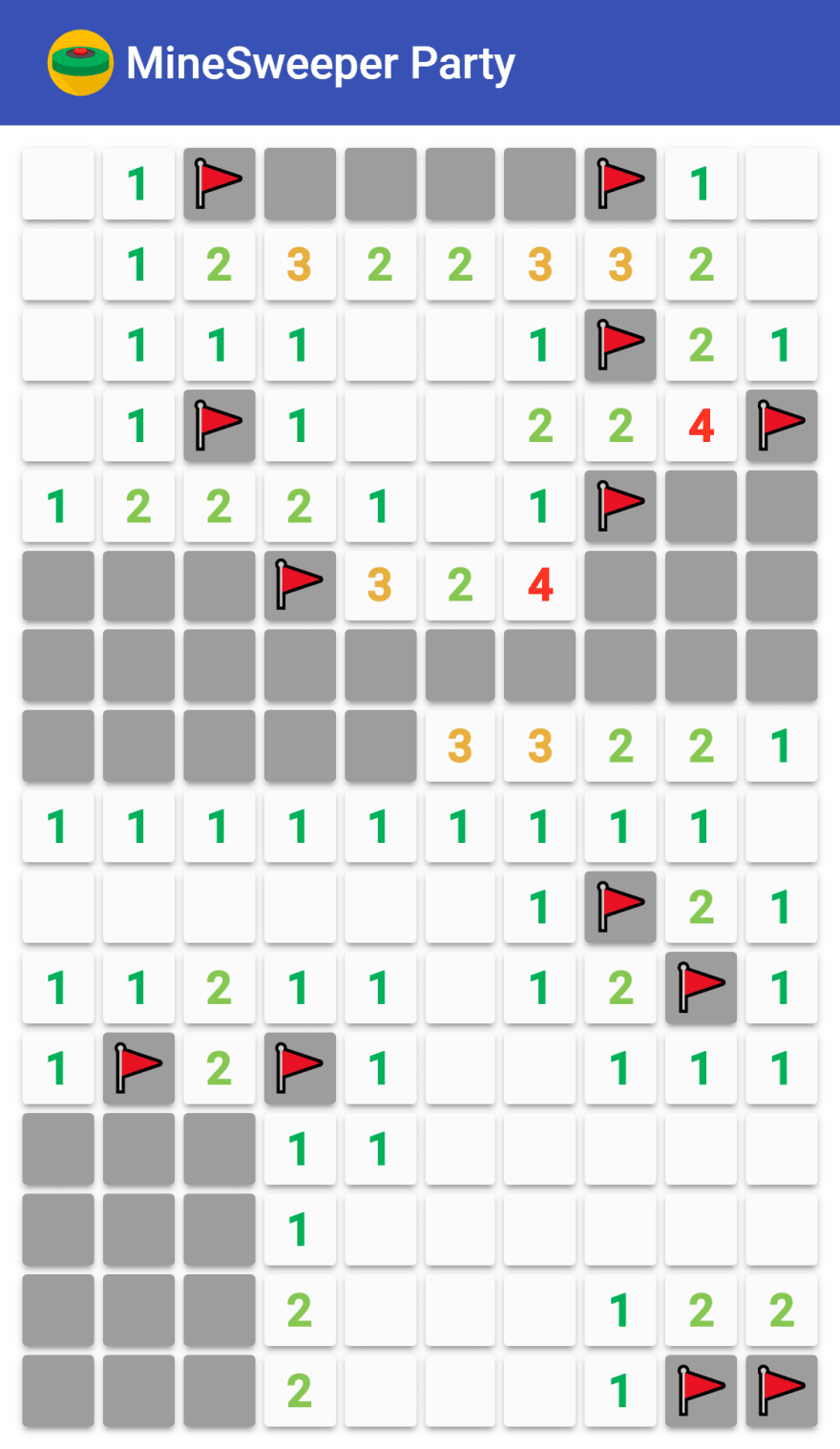 Like the classic versions, the instructions are very simple:

The games are played on a channel, which is identified by a URL. Each channel allow infinite number of random games but only one at a time.

There are 4 pre-defined channels with increasing level of difficulty: easy/medium/hard/extreme.

All these channels can be shared with other users. So let the games begin.

How Pusher is used

When the user joins a game, the application subscribes to a Pusher channel to receive notifications of changes (reveal/flag) from other users playing the same game.

When the users reveals or flags a tile, a request is made to the server and a notification is sent to all the subscribers of the same game/channel. Since the client also have the game engine, the local state is updated optimistically before the responses from the server.

I'm using a free Heroku Dyno that goes to sleep after not being used for a while. It might take a few seconds to wake it up the first time.

This project was implemented in TypeScript, using Angular as the frontend framework and Express for the server. The frontend application is a PWA and uses a ServiceWorker to cache assets on the client device.

The share button is using the Web Share API, only supported in recent versions of Google Chrome for Android.

The name of the project

It is worth to mention that the initial inspiration for the game engine was based on the work done by Jurgen Van de Moere and Christian Johansen.

Beware and don't step on a mine...

Difference between exports and module.exports

Once suspended, titonobre will not be able to comment or publish posts until their suspension is removed.

Once unsuspended, titonobre will be able to comment and publish posts again.

Once unpublished, all posts by titonobre will become hidden and only accessible to themselves.

If titonobre is not suspended, they can still re-publish their posts from their dashboard.

Once unpublished, this post will become invisible to the public and only accessible to Tito.

Thanks for keeping DEV Community 👩‍💻👨‍💻 safe. Here is what you can do to flag titonobre:

Unflagging titonobre will restore default visibility to their posts.