The task: explain what you do at work to a group of 6 years old kids.

Level: high (my own daughter was among the kids). 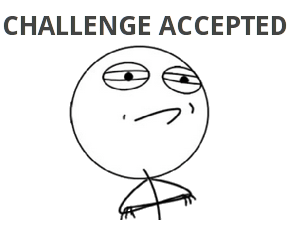 Many people shared their ideas of such “lectures” – you can find some really interesting examples on Stack Overflow (e.g. here). Many of them are based on the idea of presenting how computers are stupid and that you need to tell them very precisely what and how to do things to succeed. Fun guaranteed, but I seriously doubt if afterward kids understand anything about programming.

My ideas for a successful presentation were:

I started with the basic question, “Who knows what a programmer does?” I knew they had some discussion about this yesterday so I wasn’t surprised they had some idea. I gave them my own definition: “Programmer is someone who writes computer programs, who knows the languages used to tell the computer what it should do. A programmer knows a lot about computers.”

Then I draw a programmer at work. 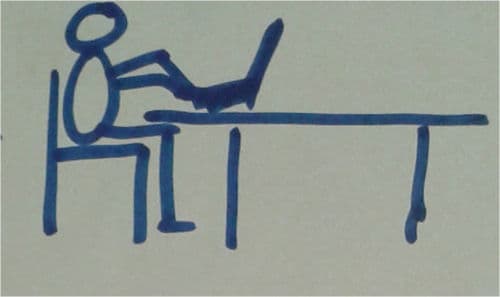 The next step was to discuss computers. All kids started talking about laptops of their parents (it is really lovely how they mention the same thing over and over again). I interrupted after some time pointing to them that there are many computers in different places – like smartphones or watches, but also in cars and lifts. I draw each of the mentioned items and discussed in few words what a computer is used for in each case. I also asked them how they think the weather forecast works (one smart kid answer: “the satellite knows what the the weather will be the next day”) and told them about computer calculating the prognosis based on data coming from thousand of measurement devices. 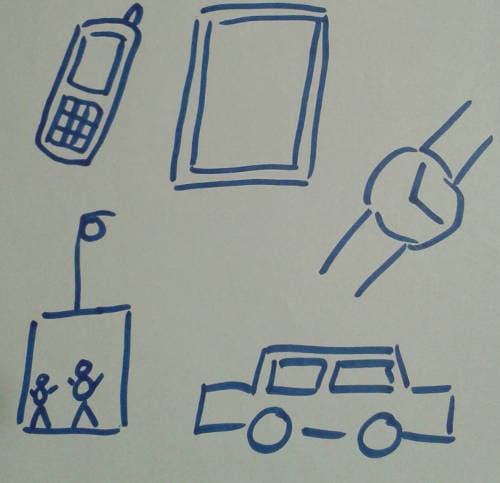 I wanted to move to computer programs next so I mentioned that computers do what they do thanks to the programs which instruct them to do certain things.

I moved to YouTube because I knew they would know a lot about it. I started by drawing UI that they are all familiar with.

I asked how many movies there are on YouTube. Some of them were confused, but a few shouted “millions” or “infinity”. So I asked if it is possible that all the movies fit on one disc. Then I drww many discs and asked “how it happens that after you tell YouTube to watch certain episode of Peppa Pig it finds the right disc?” They responded with silence so I draw a database and quickly described its role. 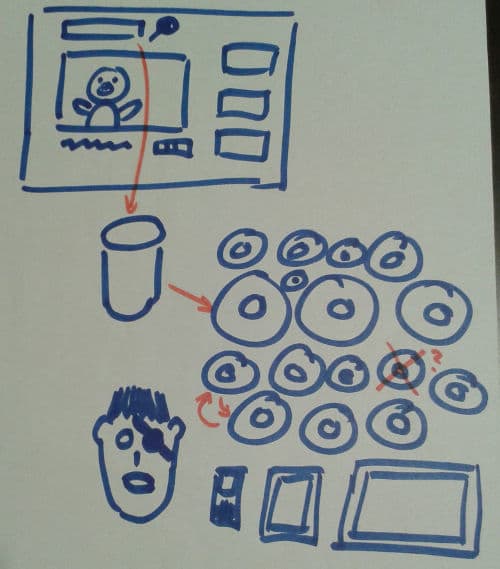 I wanted to give them some idea that what they see is only a tip of an iceberg and that the programmers are responsible for much more. I explained how we must take care of various stuff like:

This was a good time to remind them that the programming is teamwork. The programs are big and demand knowledge of different areas so that many people are involved in their creation. At this point, I updated the first drawing, adding another programmer so that two were sitting close to each other.

The next topic was how computers work – very roughly of course. All I told them was that: 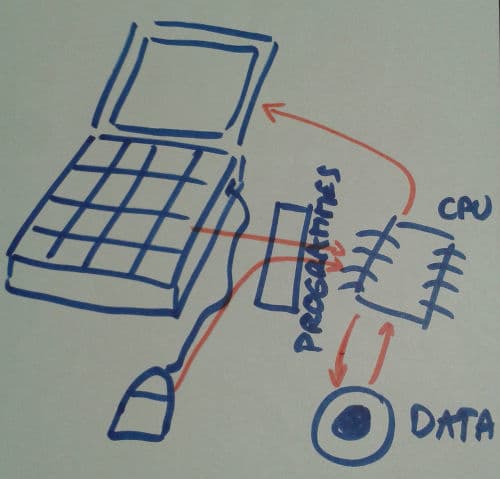 I concentrated on processor telling them that it uses a funny language which consists only of zeros and ones. Then we had a bit of a fun when I pretended to talk in a language using only As and Bs. Then I explained that the programming languages used by programmers were created so that it is easier to talk with processors.

I followed with the simplest possible examples of programming languages statements (using some pseudocode). I wanted to show them some more but I felt they were losing their focus so I did not even present the for loop.

To finish my lecture I drew, once again, symbols of what we talked about. I drew them one by one and asked questions like “what is this?” and “what do you remember about it?” and so on. It went pretty well.

How to Develop Amazon Shipping Integration?

Once suspended, tkaczanowski will not be able to comment or publish posts until their suspension is removed.

Once unsuspended, tkaczanowski will be able to comment and publish posts again.

Once unpublished, all posts by tkaczanowski will become hidden and only accessible to themselves.

If tkaczanowski is not suspended, they can still re-publish their posts from their dashboard.

Once unpublished, this post will become invisible to the public and only accessible to Tomek Kaczanowski.

Thanks for keeping DEV Community safe. Here is what you can do to flag tkaczanowski:

Unflagging tkaczanowski will restore default visibility to their posts.