I've added two more Languages: Ballerina and Rust. Both of them presented unique challenges but very satisfying to finally get something working.

Ballerina, always stood out to me as an 'modern' language. Previous studies using Java allowed me to get a good start on Porting over the program but only got me so far.

Dealing with @tainted and @untainted annotations stumped me when dealing with the Error handling, so I feel my port doesn't truly represent how Ballerina should be written.

With that, I didn't use the @docker annotation - which I feel that's where Ballerina excels as a language - but that's just to be able to build and run with Docker Compose.

Rust. This was a whole new level of learning for me. I started off wrong and ended up taking a lot longer to Port compared to the other Languages - so far.

I restarted probably about 5 or 6 times just with the basics of opening a File, reading lines, etc. Not realising some examples of how to do such linear actions had been deprecated as Rust has evolved.

But it did then present me with an issue, I presented my Tasks for the Program in a abstract manner that's not easily implemented in Code. I updated these into smaller, more manageable Tasks and that allowed finish porting into Rust.

Once, I finished and complied the Rust code into the single Binary and saw how small the entire application and Docker Image could be, I was amazed.

Definitely aiming to add in Ruby soon. With possibility of Swift and see what if I can deal with another 2 more, to get a total of 9 different Languages. 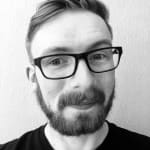 AWS CloudWatch Dashboard Builder - How To Use Guide

15 Popular Github Repositories for the Modern Developer of 2023

All in one ⚡ Ethereum Dapp monorepo starter kit

Good QA wanted – why in these times is really difficult to find a skilled QA?

Once suspended, tomowatt will not be able to comment or publish posts until their suspension is removed.

Once unsuspended, tomowatt will be able to comment and publish posts again.

Once unpublished, all posts by tomowatt will become hidden and only accessible to themselves.

If tomowatt is not suspended, they can still re-publish their posts from their dashboard.

Once unpublished, this post will become invisible to the public and only accessible to Tom Watt.

Thanks for keeping DEV Community 👩‍💻👨‍💻 safe. Here is what you can do to flag tomowatt:

Unflagging tomowatt will restore default visibility to their posts.