Anchore Engine can be used in several ways:

Implementing Anchore into your project via the .travis.yml file to check your containers

First, let's take a look at your .travis.yml file:

As you can see above, you're off to a good start, you have your dist, sudo specified, matrix specified with a job name. The job will be running bionic, the architecture will be amd64 and of course Anchore is going to be checking the Docker container via docker-compose, and the way this will happen is once Anchore is fetched and docker-compose ps is ran, it will show the status of the container. Let's finish the .travis.yml file. We'll want to start with the before_install hook that Travis offers.

You'll see the script hook using cURL to fetch Anchore, then copying the docker-compose.yaml file. It then makes sure the container is up by running docker-compose up -d. Now you'll want to verify service, the .travis.yml file will run docker-compose ps. Then of course, after it's done it will deactivate itself. This is Anchore in a simple .travis.yml file. You should see the Anchore table with it's findings at the end of your build as follows: 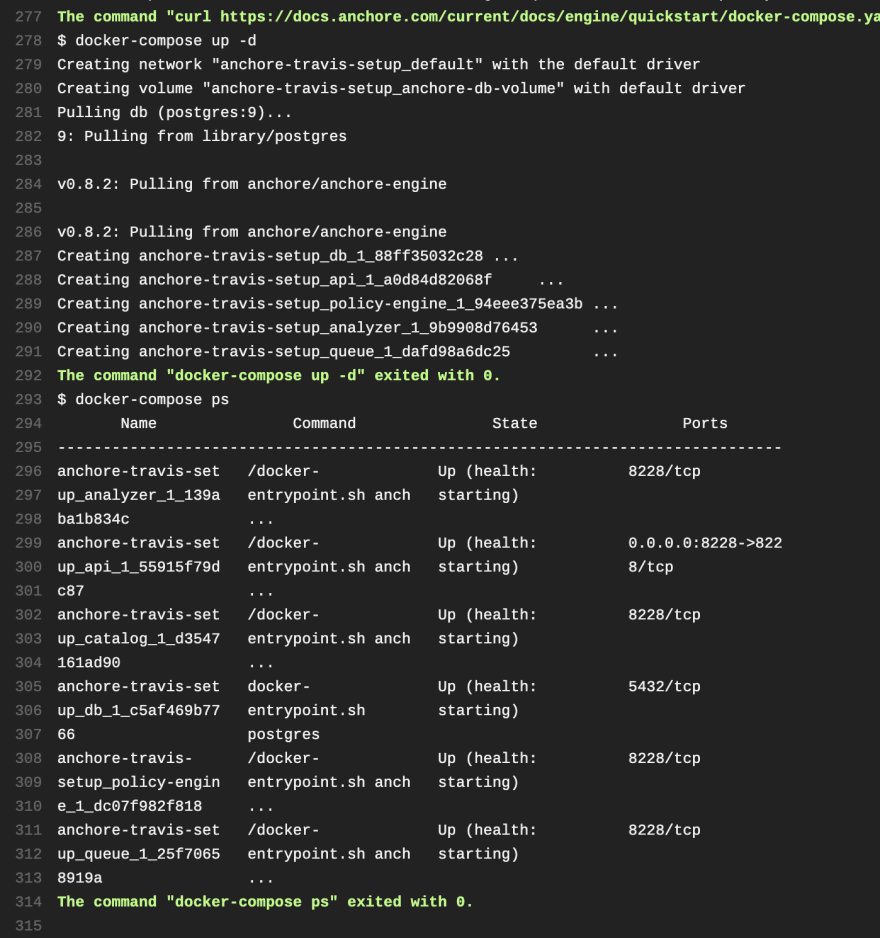 Alternatively you can setup cURL to fetch Anchore like this:

It's fairly easy with Travis and Anchore to setup Anchore Policy Enforcement. You can setup policy enforcement with one command:

These are the scan options Anchore offers:

What you read above bodes well for you. With Anchore, you essentially can scan local images before pushing them into a registry, allowing you to inject scans as needed directly into your current workflows and enforce Anchore policy. You can see your policies being checked, look for the following:

If you look above, you can see the policies being enforced, scanned, and more. I recommend looking at the scan options that were laid out earlier for more verbose and customized options.

Why use security scanners for containers?

This is why policy enforcement is crucial. Anchore is perfect for your Travis CI builds.

How to eliminate code duplicates in Java?

Application ban, how to avoid?