I recently had to write a test for a new JSON REST POST API. The request body of the POST contained a formatted JSON list. Typically the body of various REST calls are JSON formatted between two brackets { json }. But in this case I needed list brackets with the JSON [{ json }] for the body. 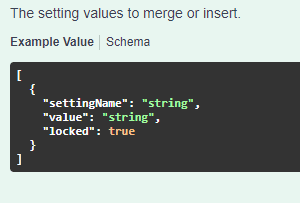 It's easy enough to create a C# class such that an object from it represents the JSON data between the brackets { }. In the below example the class is called SettingValue. 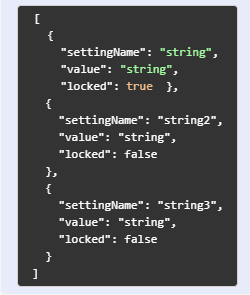 The solution seems simple to me now but for some reason in years of API automation I never have had to do it before. Previously I had only seen nested JSON Lists [ ] within JSON brackets { } and nesting lists in JSON can be done using nested C# classes, which would be the subject of another blog post :)

Smarter conditions with flags and enums

Once suspended, tswiftma will not be able to comment or publish posts until their suspension is removed.

Once unsuspended, tswiftma will be able to comment and publish posts again.

Once unpublished, all posts by tswiftma will become hidden and only accessible to themselves.

If tswiftma is not suspended, they can still re-publish their posts from their dashboard.