Before understanding what is blockchain lets try to understand what a distributed database is. A distributed database is a collection of multiple interconnected databases, which are spread physically across various locations that communicate via a computer network.
A blockchain is similar to distributed databases that maintain a continuously growing list of chronologically ordered records, called blocks. These blocks are linked using encryption techniques which contains a link to connect each block to its previous block, a timestamp, and transaction data. It is like a decentralized, distributed and public digital ledger.
Blockchains are mainly used to record transactions across many computers so that the record cannot be altered without the alteration of all subsequent blocks because the whole chains link depends on data in the nodes(blocks).

Why is Blockchain Popular?

Suppose one of us is transferring money to a friend from his/her bank account. He/ She would log in to online banking and transfer the amount to the other person using their account number. After the transaction is completed, the bank updates the transaction records of both persons. Even though this seems simple. These transactions are highly vulnerable.
These types of transactions can be tampered very quickly. Blockchain technology was created essentially to overcome problems of this nature. 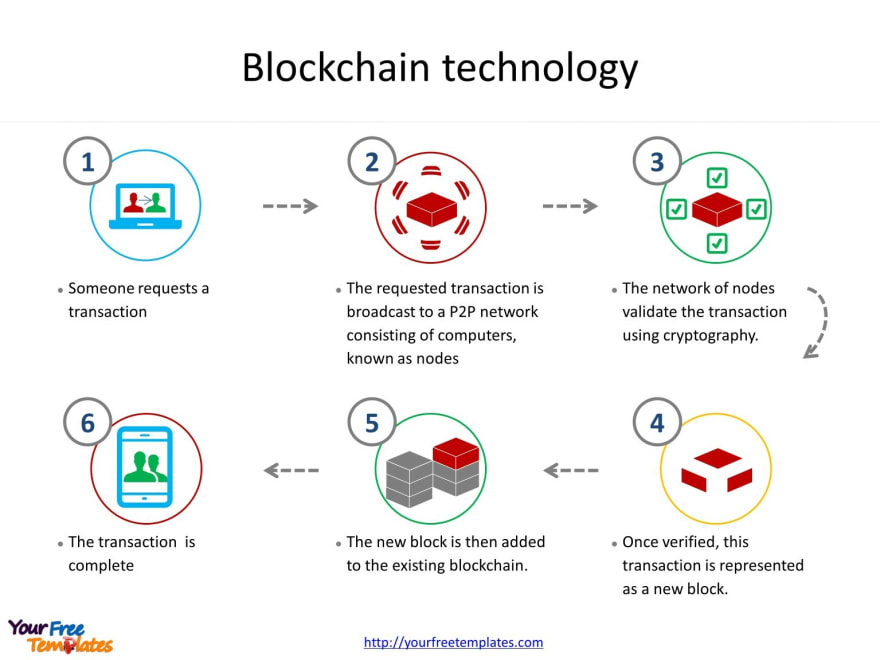 Blockchain is a combination of three leading technologies:

Cryptography keys consist of two keys those are Private key and Public key. These keys help in performing successful transactions between two parties. Each individual has these two keys, which they use to produce a secure digital identity reference. This secured identity is the most important aspect of Blockchain technology. In the world of cryptocurrency, this identity is referred to as ‘digital signature’ and is used for authorizing and controlling transactions
The digital signature is merged with the peer-to-peer network; a large number of individuals who act as authorities use the digital signature in order to reach a general agreement on transactions, among other issues. When they authorize a deal, it is certified by a mathematical verification, which results in a successful secured transaction between the two network-connected parties.
So, to sum it up, Blockchain users employ cryptography keys to perform different types of digital interactions over the peer-to-peer network.

Once unpublished, this post will become invisible to the public and only accessible to Amana Samsudeen.

Thanks for keeping DEV Community safe. Here is what you can do to flag ucscmozilla: