This new version of the framework brings associated some new features that we'll be discussing in this article.

Worth to mention that the team put a lot of emphasis on the balance DX-UX (developer experience-end user experience) and also the great performance results they're achieving with every new version of Next.js.

After this brief intro, let's dive into the new features of Next.js 11:

Conformance is a new system added to Next.js 11 that provides developers with guidance and standards to implement best optimization practices when coding.

This is really useful to avoid having to memorize every single rule for optimal loading performance of your code.

For script optimization purposes, in this new version of Next.js, a new type of component has been released: the script component, which allows developers to prioritize the loading of third party scripts.

Sometimes, we developers struggle deciding where to place our scripts in order for them to be loaded and executed properly.

With this new script component, we can set the priority of scripts through the prop strategy, to which we can pass three different values for three different kinds of strategies:

With Next.js 10, a new component for image optimization was introduced, since images traditionally take up a lot of space on web apps and this often results in poor performance.

The component has now a couple of new functionalities for even a better image optimization.

This method automatically calculates and assigns width and height values to static images that are part of our project repository. This helps reduce the cumulative layout shift, a measure that sums all layout shifts on a webpage, that is, those changes in visible elements that aren't caused by user interaction.

When a user visits a webpage for the very first time, large images can take a while to load (especially when using a slow internet connection). This can result in a temporary blank space until the image appears.

To avoid this behavior, a new placeholder prop for the image component has been introduced in this new version of Next.js. We can use this prop to ease the transition, which will show a blurry version of the image until this is fully loaded.

As of version 10.2, Webpack 5 became the default bundler for Next.js applications, but in order to use it, it was necessary to add a flag in next.config.js to specify the version of Webpack we were going to work with.

With Next.js 11, you don't need any extra configuration to set Webpack 5 as your application bundler. It is automatically ready to use right out of the box.

Definitely one of the most important features of Next.js 11. Next Live basically means team collaboration in real time. It allows collaborators to share, comment and edit code within the browser itself from anywhere in the world, by just sharing a URL, without a previous build step, which makes the process fast and efficient. 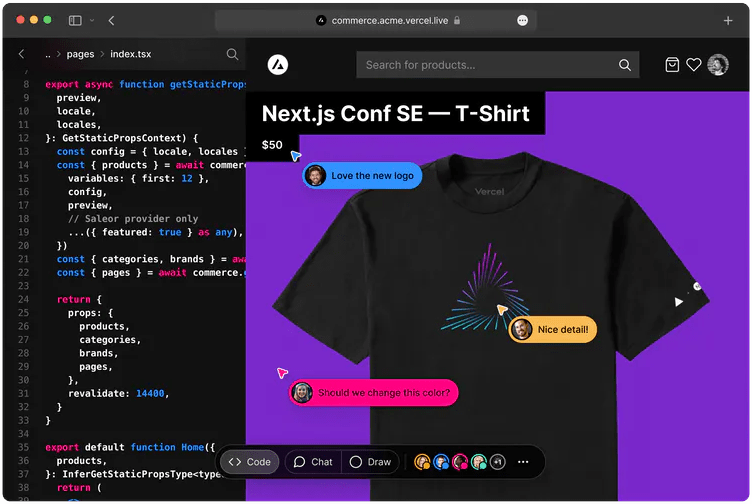 Another point in favor is that it also provides offline access to let the team work on the project when they don't have internet connection.

With this new feature, every Create React App application is now Next.js compatible by just running the tool @next/codemod. By doing this, a /pages directory is automatically created within the project and CSS imports are relocated to their proper location.

This feature is still experimental and it wasn't mentioned in the conference, but it appears on the Next.js related docs.

The performance of the framework was also highly emphasized: the startup time has been improved by up to 24% and processing time for changes has been cut off by up to 40% as of Next.js 10.

To take advantage of all these new features, we just have to keep Next.js updated, by running the following command:

And that's all for today 🙂

I hope this article has been helpful for you and I'll see you all in the next.

How To Migrate From Strapi v3 to v4 Walkthrough

How to load local fonts in NextJS (Optimal way)

Once suspended, underscorecode will not be able to comment or publish posts until their suspension is removed.

Once unsuspended, underscorecode will be able to comment and publish posts again.

Once unpublished, all posts by underscorecode will become hidden and only accessible to themselves.

If underscorecode is not suspended, they can still re-publish their posts from their dashboard.

Once unpublished, this post will become invisible to the public and only accessible to _CODE.

Thanks for keeping DEV Community safe. Here is what you can do to flag underscorecode:

Unflagging underscorecode will restore default visibility to their posts.