Hi there. In here,we are going to make a simple game(First game that I made at 12 years old..xD)I published it on WebGL recently.That is not so much good.But we will make a game which is better that it!Here it is(Play it only for take an idea about our game.We are going to make a better game that it;). If you join us with Discord, you will get only 2 or 3 days to make this game. Play Color Cube 3D here. and Join Us here 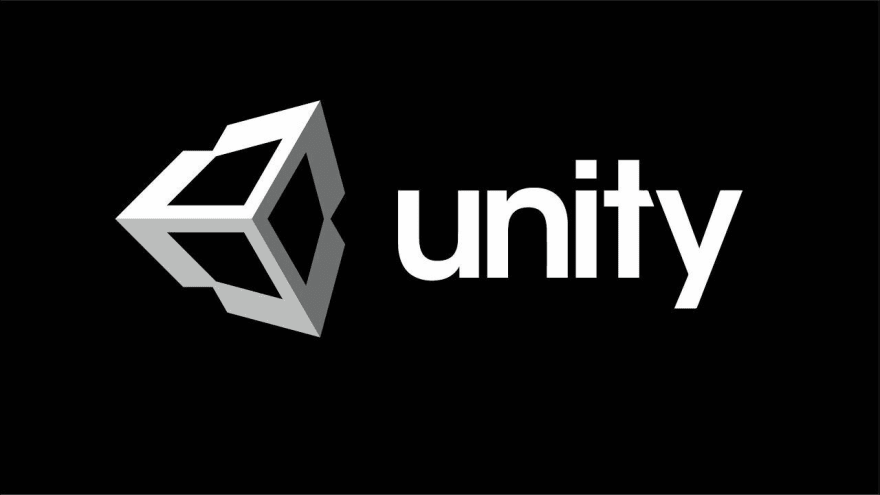 Unity is a cross-platform game engine developed by Unity Technologies. 51% of game is the play store are made with unity. In this game, we are going to use Unity personal edition.

There are many reasons. It is fairly easy to learn and use more than other engines.And you will never get alone with bugs,questions and anything in Unity.They have many official web sites that can help you such as Unity Answers, Unity Forums and many more.

Go there to download Unity or to to www.unity3d.com .(Download with Unity Hub)You will need 'Visual Studio' too. 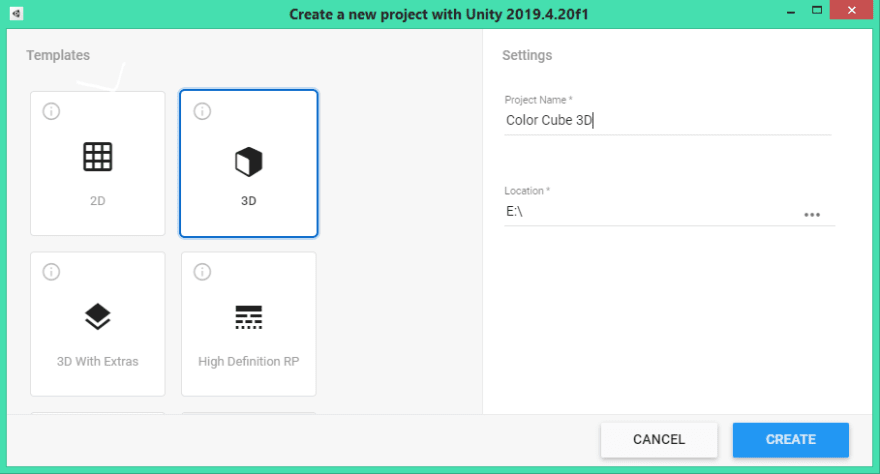 In unity hub, you can see a 'Create' button.Click on it. In here,we are going to make a 3D game. Name your project as 'Color Cube 3D' or something and select a location. And hit "CREATE"! 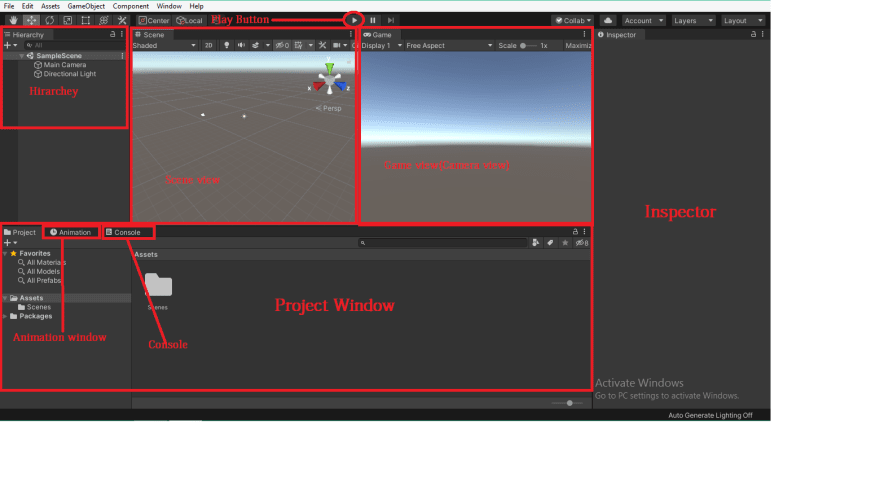 Now you can see some windows as 'Hierarchy', 'Inspector', 'Scene', 'Game', 'Project' and more

All GameObjects in the scene is in there. If you select a game object in hierarchy, it will also selected in scene. We can make a GameObject by right clicking in this window. More in future:D

This is the scene view of the game. All the things are done in Scene view.Move objects, Setting up the scene and more.

This is the full game view. Game view is depending on camera. You can't edit anything in Game view. When you hit the play button, you can play the game in Game view. You can't save anything while play. If you changed something when the game is going on, its only for that time. When game is stopped, you will lost your changes.

Scripts, Prefabs, Materials, Sprites, Animations, Sounds and all are in Project window. All of these are 'Assets.' You can use folders to make it tidy.

You have to make all the Animations here.

In console,it will show you all the errors and bugs in scripts and the Editor.Also "Debug.Log" messages are in there.

*Don't worry if you didn't understand somethings.All will explained!Stay relax and funny!And take a deep breathe and ready to start!
*

Set Up Your Scene

Main Camera - Game view is depending on Main Camera.You can move,rotate and anything to camera to set up the view

Directional Light - This is the main light souse to the game.You can change it too but nothing will change.If you want to see, select Directional Light and press 'Del'. Did you see? Now press Ctrl + Z.

You may be a beginner for coding too. Don't think more about these tags and functions.
Remove the 'void Start()' function. 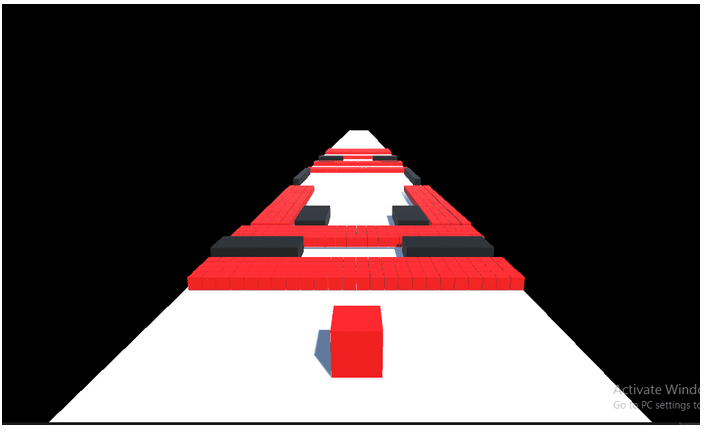 Here is mine one..Making a prefab for GameOver panel will be better when making new levels.To make a prefab,Drag and drop GameOver panel to 'Project' tab. 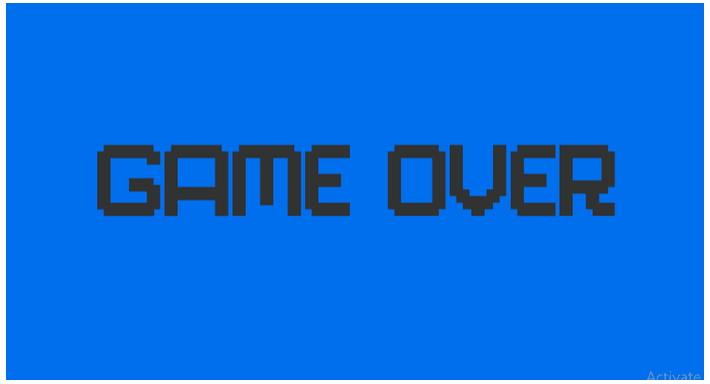 Game Over
GameOver and Level Completed functions should be in GameManager.Let's make it.

GameOver when Player Falls
-In our Player Movement script,add

Now,Game Over part is finished!

-Make a Cuboid(from a cube;)which is set to ground's width.Name it as 'Game End Trigger'. Scale it Like this,

Let's make some animations for our panels.

-Now go to 40 seconds and set 'A' to 255. Now you have make a Fade Animation for your GameOver Panel. 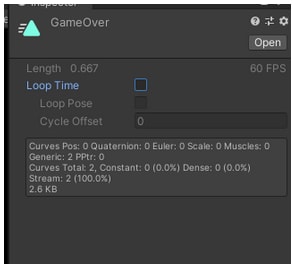 Forgot one thing:D .Add your new levels to 'Scenes In build'..

-Go to 'Player Settings' and Name your Game and Company.This is not essential for build.You can give a Badge too. 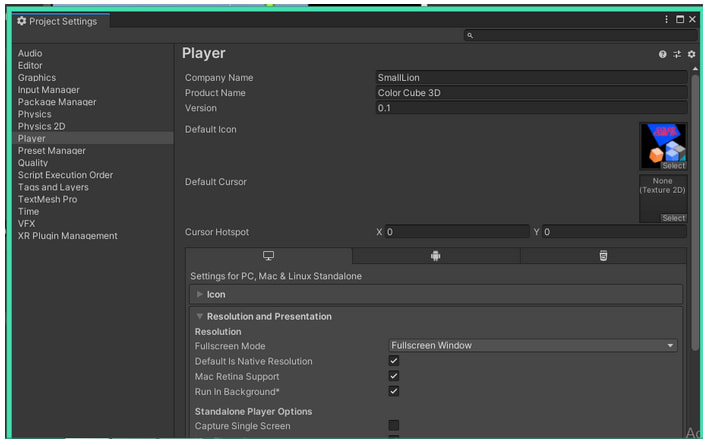 -Next, Select your platform and hit 'Build'. Make a new folder(If you haven't) and select.Wait till it finish build. That's it!

How To Build a 3D Scene with Multiple 3D Assets in Minutes!