From childhood, we're fascinated with illusions, as they deceive our reality. Who doesn't love a great optical illusion? But it is important for designers to understand optical illusions, as we deal with them very often — often without knowing it. Here are some of those illusions that we encounter all the time unknowingly.

1. Simultaneous Contrast Illusion: Inner center rectangles strongly influence each other, and people perceive their brightness differently, while actually, they're twins! Simultaneous contrast is a visual phenomenon of how our visual perception distorts when comparing two identical colors in different backgrounds. 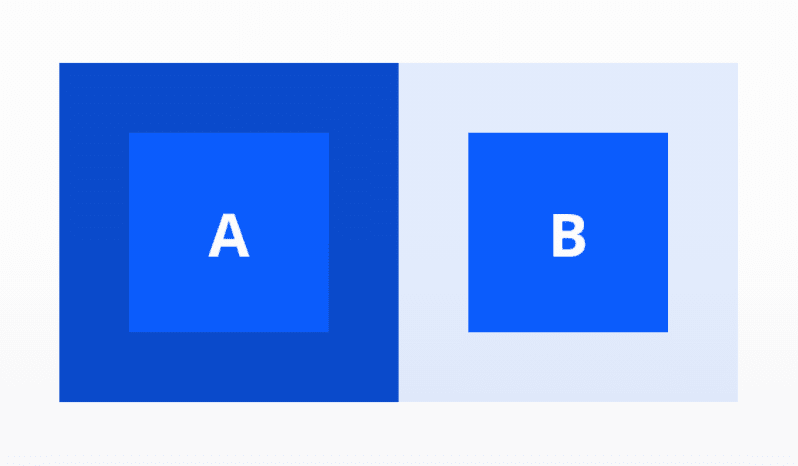 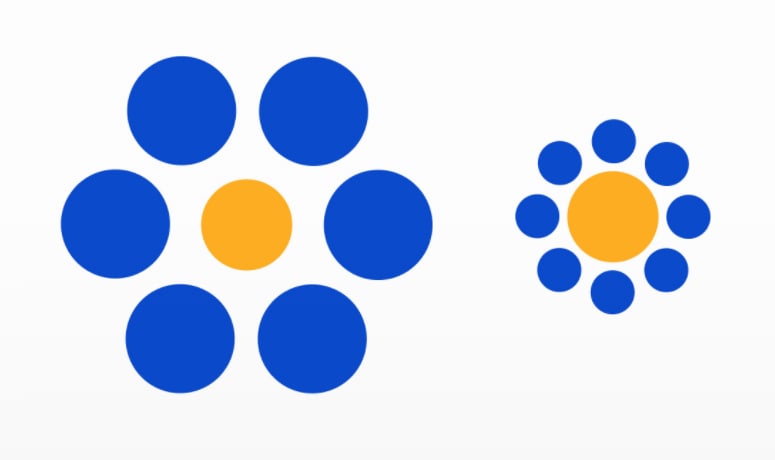 3. Ponzo Illusion: For the human brain, the top box sits further away — the converging lines resemble railroad tracks — and that's why it seems larger than the nearby box. No wonder, both rectangles are the same.

Consider adjusting both the perspective and background to emphasize an element and draw a user's attention to it. 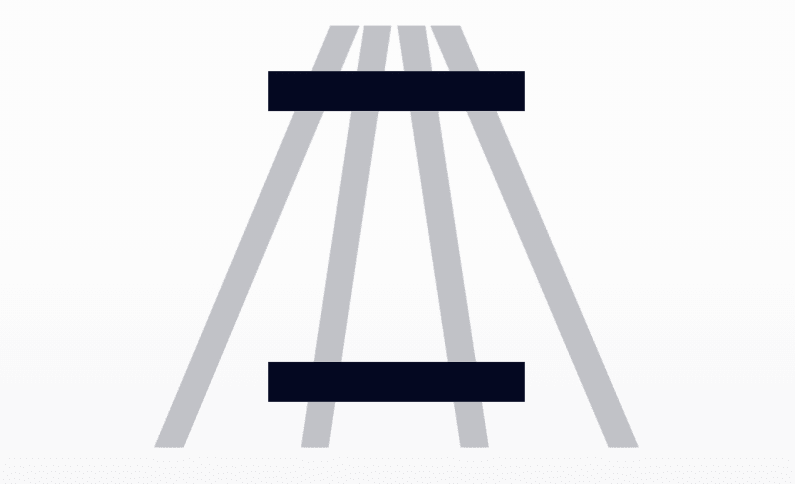 4. Hermann Grid Illusion: At first glance, this may seem like an ordinary grid, but not for your visual system. Focusing very closely at any white spot in the center, the dots and lines in the nearby intersections start shifting and change from white to grey, becoming less contrasty. Ludimar Herman reported this illusion in 1870 and explained it not as a defect, but as the evolutionary ability of our brain. Observing the world around us, we pay extra attention to sharp edges, that can either be helpful or dangerous. 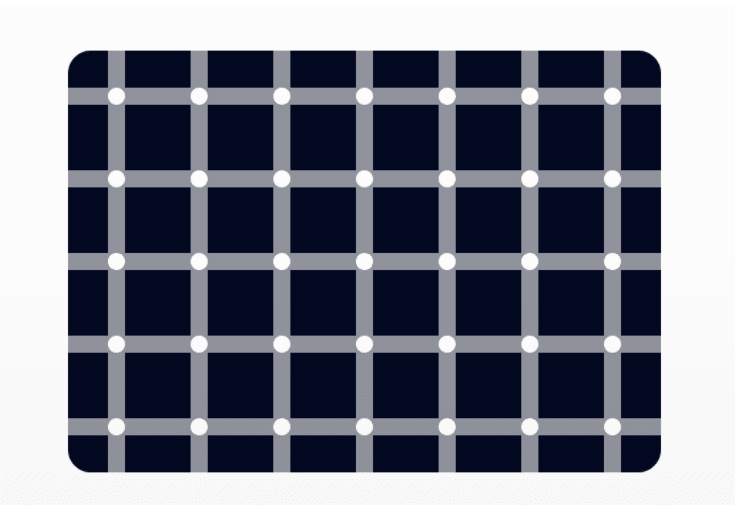 5. Müller-Lyer Illusion: This is the classic version of the Müller-Lyer illusion that tricks our brain and distorts the perception. No secret that the segment with inward-pointing chevrons seems larger, while indeed, both segments are equal. Franz Müller-Lyer, the German psychiatrist, presented this illusion in the 1880s, and since then, the debates on this phenomenon have seen no end.

One theory suggests that this illusion varies by culture, as some groups see no difference at all. Designers should always be aware of their target demographic! 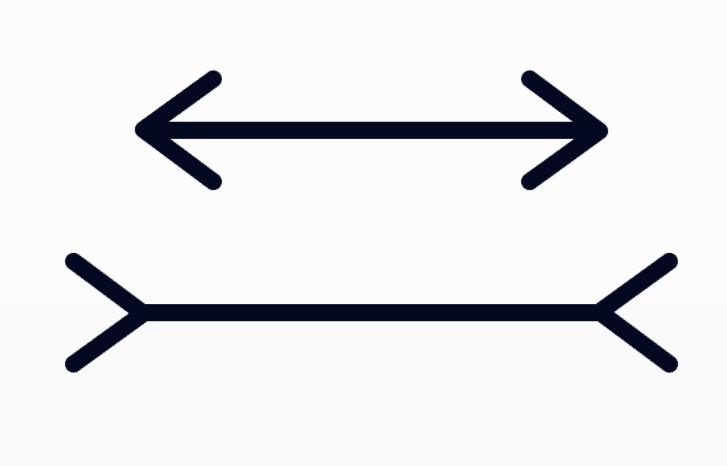 6. Triangle-Bisection Illusion: The triangle-bisection illusion reveals controversies around the actual center of an equilateral triangle. When you place a central dot halfway up the triangle's height and set such a triangle in the box with angled or straight sides, the Play button looks slightly off and out of place. Some theories explain this illusion in differences between the center of gravity and the center of the area.

To find the right balance, designers should find the triangle centroid — the point of gravity. It's somewhere around 1/3 of a distance from each side to the opposite triangle top. 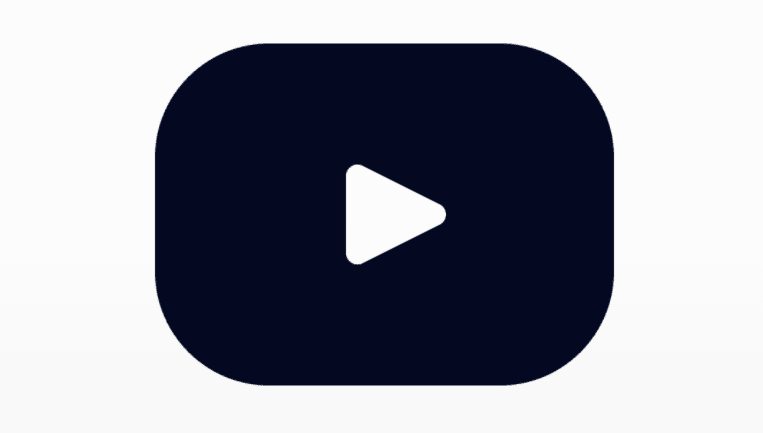 I hope this will turn out helpful for all the designers and developers out there. If you like it, do react to this post.Cheers! 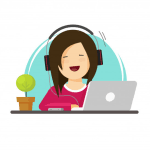 An aspiring software developer, a final undergraduate student pursuing a major in Computer Science. I am keen to learn new things and enhance my skills.

Once suspended, utkarsha will not be able to comment or publish posts until their suspension is removed.

Once unsuspended, utkarsha will be able to comment and publish posts again.

Once unpublished, all posts by utkarsha will become hidden and only accessible to themselves.

If utkarsha is not suspended, they can still re-publish their posts from their dashboard.

Once unpublished, this post will become invisible to the public and only accessible to Utkarsha.

Thanks for keeping DEV Community 👩‍💻👨‍💻 safe. Here is what you can do to flag utkarsha:

Unflagging utkarsha will restore default visibility to their posts.