Load Balancing helps you to scale horizontally by increasing resources (increasing number of servers) while caching enables you to make better use the existing resource you have.

Cache is a hardware or a software component which helps in serving the data which is either frequently requested or is resource expensive to compute, So cache stores the response and serves it when asked to do so.

Caches can exist at all levels in architecture, but are often found at the level nearest to the client where they are implemented to return data quickly without taxing downstream levels.

A client requests image from a server, Initially the server looks through DB for the image and return it to client but however there are the following possibilities

This way we are saving the copy of response and client do not have to request the server frequently for the same data, This even decrease the time to load data for client and even decreases load for the server.

Updating the cached data is known as cache invalidation. The most common technique used for this purpose is known as TTL (Time To live). A certain time period is defined for cache to live in the memory and after that interval of time cache expires. And new data is requested from server

As cache memory is limited so we have to decide which cached data to keep or not.

Eg: our storage is capable of only storing only 100 keys and currently all of them are filled and now we want to add an additional key so we have to kick out an older cached key so that room for a new one can be made. This process is know as cache Eviction.

Below are some parameters considered while Eviction of a cached key: 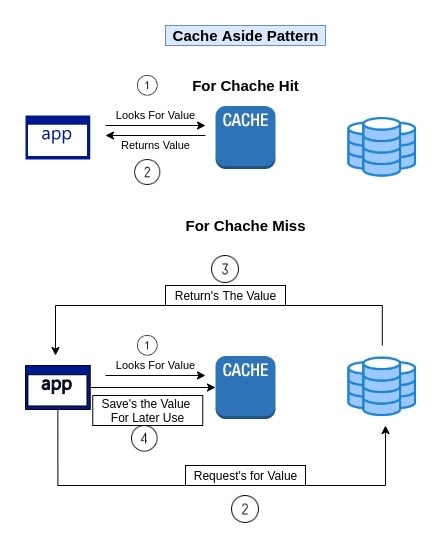 This is the most commonly used technique in this the cache does not interact with DB or Server it only interacts with Application.

When a client request some data through application, Application looks for it in cache if found then returns it or else request the same to server and then returns to client and also caches it.

Here there was no interaction between cache and server or DB

Pros of cache aside: 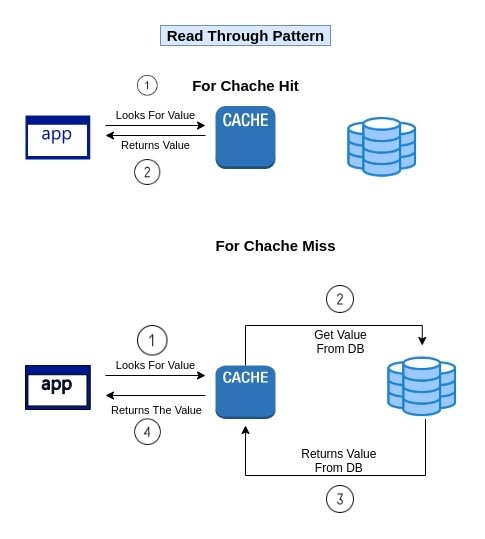 Here the cache resides between application and server, in this case application never interacts with server or cache.

When a client request some data it is first looked by the application in cache and if not found the cache itself request data to server and returns to the application.

Pros of cache aside:

Pros of Write Through:

Pros of Write Through:

Where Do Cache Resides

Depending on the pattern used for caching and some other parameters cache can be embedded at various levels such as.

How to use Redis pub/sub to handle socket.io sessions across multiple instances ?

A first look at Bun: is it really 3x faster than Node.js and Deno?

Once suspended, uzaxirr will not be able to comment or publish posts until their suspension is removed.

Once unsuspended, uzaxirr will be able to comment and publish posts again.

Once unpublished, all posts by uzaxirr will become hidden and only accessible to themselves.

If uzaxirr is not suspended, they can still re-publish their posts from their dashboard.

Once unpublished, this post will become invisible to the public and only accessible to Uzair.

Thanks for keeping DEV Community 👩‍💻👨‍💻 safe. Here is what you can do to flag uzaxirr:

Unflagging uzaxirr will restore default visibility to their posts.