To be honest I am not the most stable person when it comes to what software and tools I use. I tend to be a bit emotional and biased on my choices. As of late I have changed up my Javascript environment to be a bit more Rusty. It's a language that facinates me and I have become quite the fanboy of it. So since I mainly do web development, I like to keep rust as close as I can. So I have made some changes to how I work which makes things much more Rusty.

The first change I made is replacing my default shell with Nushell. The reasoning behind it.

My second change is moving from node to Deno for my Javascript environment. I am mainly running little scripts and such, so the main difference for me is I go from typing node script.js to deno run script.js. Of course deno run is a little more typing so I have already made an alias that has me just typing dr script.js.

So far, my work is the same, nothing else has really changed other than the above. It's almost not noticible at all. I just get to have that warm fuzzy feeling that I'm running a bunch of Rust all day. To those who will complain in comments, yes I know this post is a little pointless, but it's fun.

If anyone is really interested in this, I can do a post on getting it all setup. It's pretty simple. 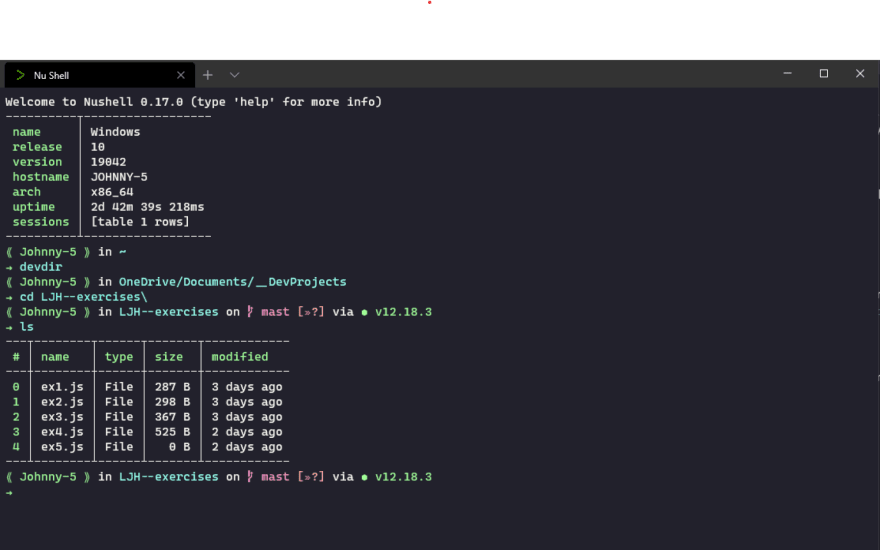 Unleashing the Power of ReactJS for Chrome Extension Development

Once unpublished, this post will become invisible to the public and only accessible to Tim Apple.