These are my personal notes on the topic. Most of the content here is not mine. All sources can be found at the end of the article.

Activities are a main part of Android. Lifecycle methods is the way Android notifies state changes to the Activity. To provide a great user experience, you should know how to manage them.

If you haven’t read my article about Activity Lifecycles, you can read it here.

1. App is finished or restarted

onCreate doesn’t have a Bundle when the app is reopened.

If there’s only one activity in the back stack, the app will be finished. To avoid that you can override onBackPressed(), that way onDestroy() won’t get called. 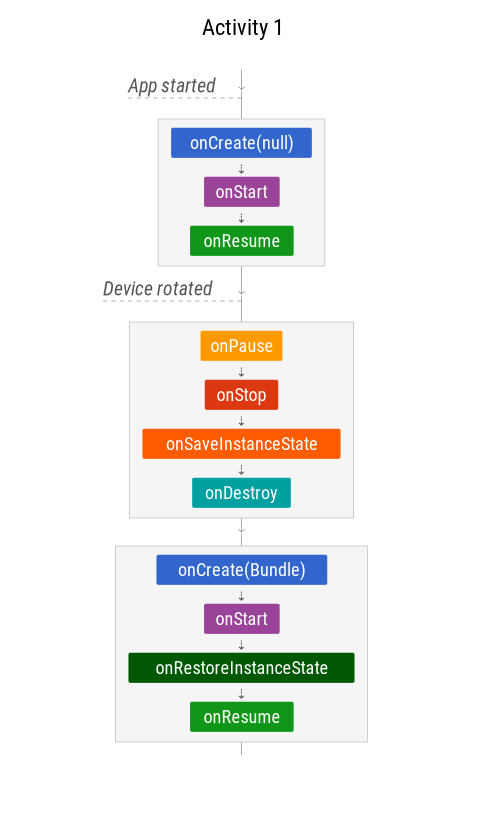 The activity is completely destroyed, but the state is saved and restored for the new instance.

The Bundle in onCreate() and onRestoreInstanceState() is the same.

Why is the Bundle sent to two methods?

Usually you restore your state in onCreate(). onCreate() is called before onStart().

For example, you’re browsing Twitter and you click on a notification that takes you to another app. When you switch back to Twitter the activity’s onRestart() will called. 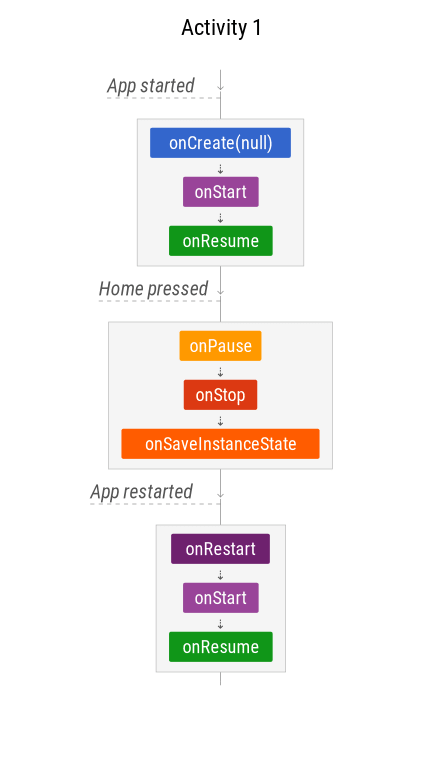 onSaveInstanceState() is used to save the app state in case the system kills the app’s process later on.

This scenario is very similar to navigating from Activity A to Activity B, the only difference is that onSaveInstanceState() is not called when navigating between activities.

4. App is paused by the system 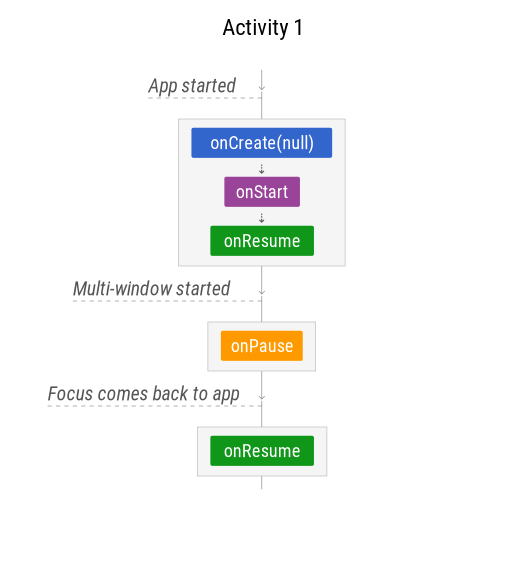 1. Navigate from Activity A to Activity B

onPause() of activity A will get called. Then activity B’s onCreate() ** ** followed by onStart() and onResume(). Finally activity A’s onStop() is triggered.

Here is the callbacks order

2. Navigate from Activity B back to Activity A

Here is the callbacks order

Building a Livestream App with Flutter 3

How to create realistic UI with Jetpack Compose

Once suspended, victorbrndls will not be able to comment or publish posts until their suspension is removed.

Once unsuspended, victorbrndls will be able to comment and publish posts again.

Once unpublished, all posts by victorbrndls will become hidden and only accessible to themselves.

If victorbrndls is not suspended, they can still re-publish their posts from their dashboard.

Once unpublished, this post will become invisible to the public and only accessible to Victor Brandalise.

Thanks for keeping DEV Community 👩‍💻👨‍💻 safe. Here is what you can do to flag victorbrndls:

Unflagging victorbrndls will restore default visibility to their posts.