In my work environment, Screen capture and taking screenshots is a common thing to share the completed status. Ubuntu has the feature of screen capture in three ways:

Simple bash scripting and automating it with crontab for a particular time everyday solved this. First of all, I wanted to organise all the screenshots based on date, like every screenshot will be placed in a folder based on the date it was taken. 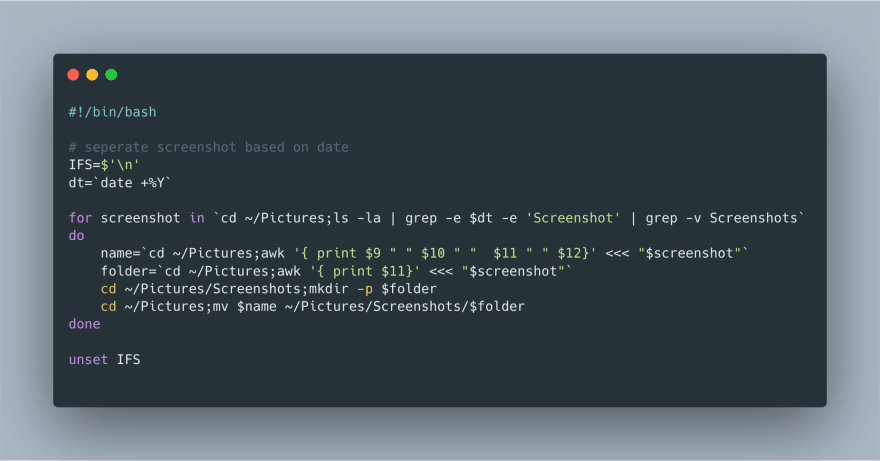 I’ve placed this in crontab to run every 12 hours.

Screenshots taken everyday will be a new folder and all the images of the particular date will be transferred to the respective folder. This leads to large number of folders every month. For minimalism, we can just organise these folders further to that particular month, compress them to a tar file and store them. 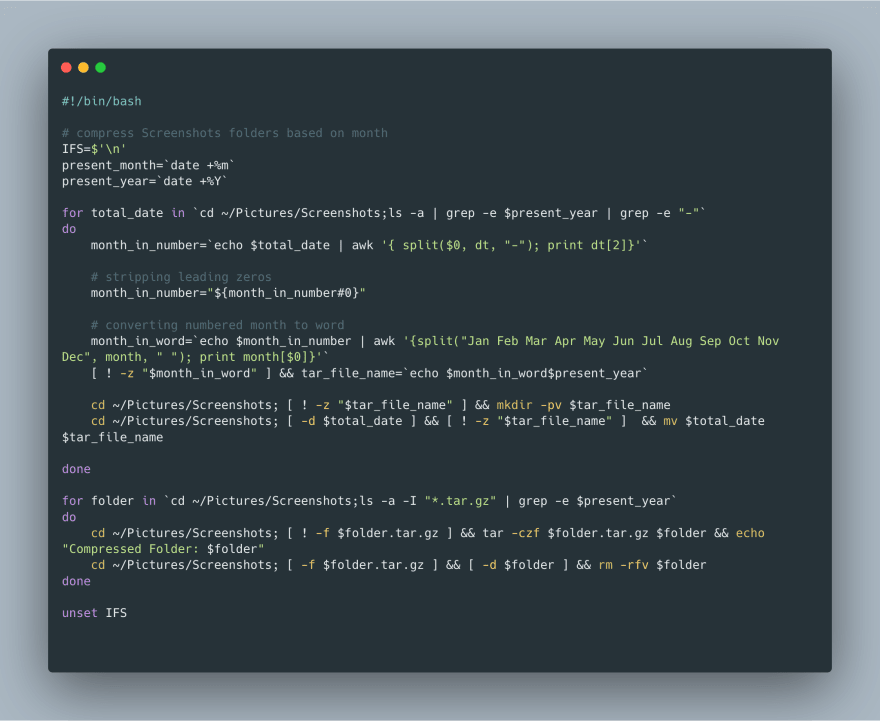 This small snippets searches for Screenshots according to month, creates a folder, compresses the folder after moving all the dates of the month to that particular folder.

Some important Linux Commands for Devops

vinay
I mostly write about Books and Programming
top 26 Interviewer Questions You Should know
#webdev #programming #career
Understanding Unix Domain Sockets in Golang
#go #socket #unix #linux
You're running an online conference but get called out for having an all-male speaker lineup 2 days prior. Yo, What do you do?
#discuss #serverless #aws

Once suspended, vinaybommana7 will not be able to comment or publish posts until their suspension is removed.

Once unsuspended, vinaybommana7 will be able to comment and publish posts again.

Once unpublished, all posts by vinaybommana7 will become hidden and only accessible to themselves.

If vinaybommana7 is not suspended, they can still re-publish their posts from their dashboard.

Once unpublished, this post will become invisible to the public and only accessible to vinay.

Thanks for keeping DEV Community 👩‍💻👨‍💻 safe. Here is what you can do to flag vinaybommana7:

Unflagging vinaybommana7 will restore default visibility to their posts.