A Promise is an object representing the eventual completion or failure of an async operation. Essentially, a promise is returned object to which you attach callback, instead of passing callback into a function.

A Promise is one of these states:

Pending promise can either be full-filled with a value, or rejected with a reason (error). when either of these options happens, the associated handlers queued up by a promise's then method are called.

Three main questions about the promises

1.How to create a Promise

2.How to change the status of a promise

How to listen for when status of a promise changes

How to create a Promise

A Promise object is created using the new keyword and its constructor.
const promise = new Promise()

How to change the status of a promise

How to listen for when status of a promise changes

We can listen to the changes to the two method available with promises.

If you log the empty promise you can see the method attached to it's prototype. 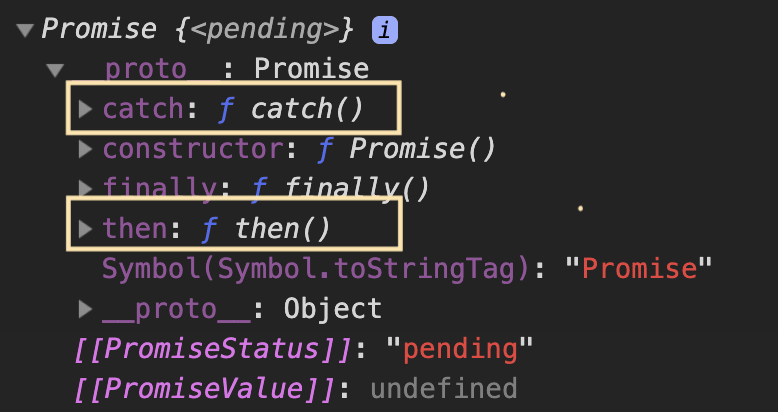 if the returned promise fulfills, it is fulfilled with an array of the values from the fulfilled promises in the same order as defined in the iterable.

If the returned promise rejects, it is rejected with reason from the first promise in the iterable that rejected.

Promise.reject(reason)
Returns a Promise object that is rejected with the given reason.

With modern functions, we attach our callbacks to the returned promises instead, forming a promise chain:

Now you can compare which is easy to read and follow.