Despite many benefits, most people still do not prefer to use exceptions due to its overhead. So let's understand the overheads with benchmark code:

Slice from 7 best practices for exception handling in Modern C++. 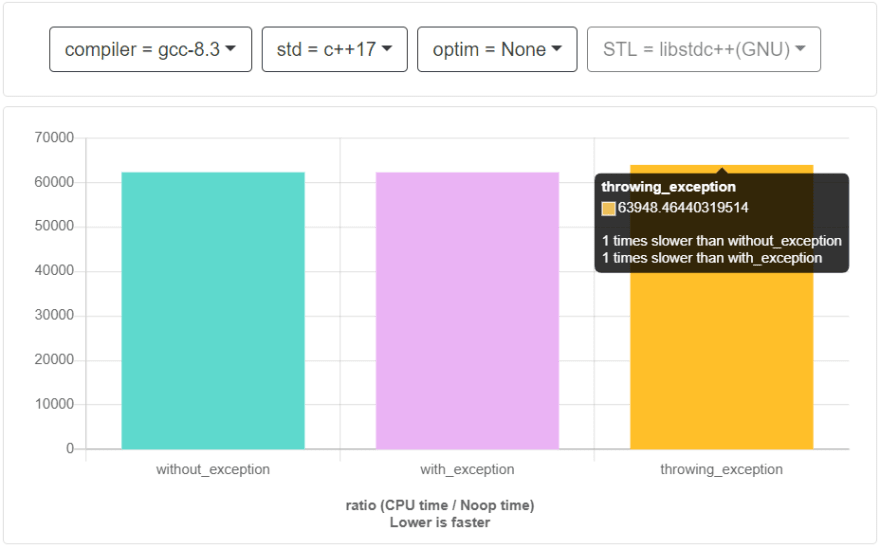 TL;DR
No instruction related to exception handling is executed until one is thrown so using try/catch doesn’t actually decrease performance.

Still not convinced of using exceptions?

You can try out tweaking same code provided above & check performance online with this tool. Don't forget to consider clang/GCC compilers, disassembly & optimization flags also while playing with it.

Wants to learn about exception handling in more detail?

Design your own tiny ABI for exception handling in C++.

Wants to see what Modern C++ offers in terms of exception safety?