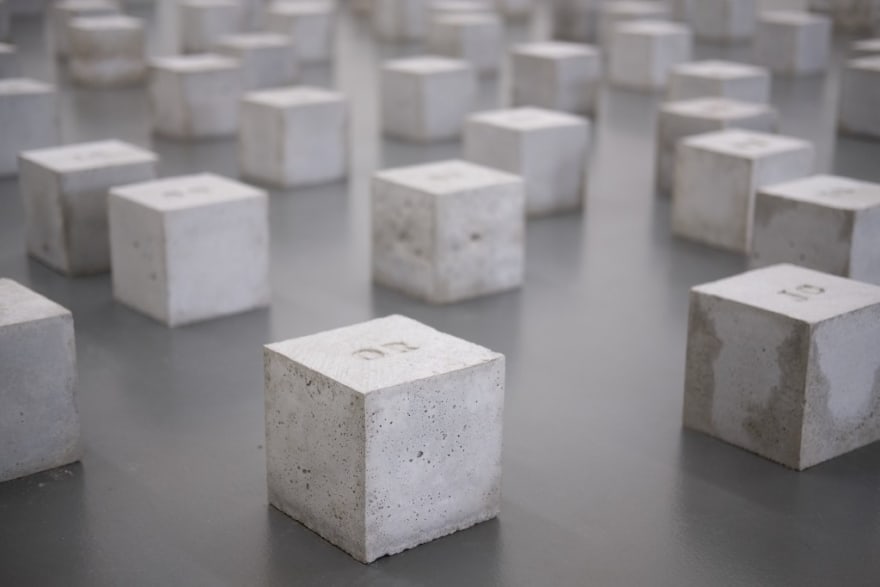 Photo by Christian Fregnan on Unsplash

Stencil is a really great piece of software. For those who are not familiar with it, it is a “ Compiler for Web Components ”.

Stencil comes by default with tools for testing your Web Component : Jest for the testing framework, and Puppeteer for “ End-to-end ”(e2e) tests.

Puppeteer is a robust solution for driving a Chrome Headless instance, but it only works with Chrome.

If you want to support or test your Web Component in more browsers, you have two strategies :

I have tested the first strategy with no success for “all browsers” supporting Web Components (with some polyfills). IE11 was the bad guy in the story…

This is the second approach I will explain in details in this blog post. 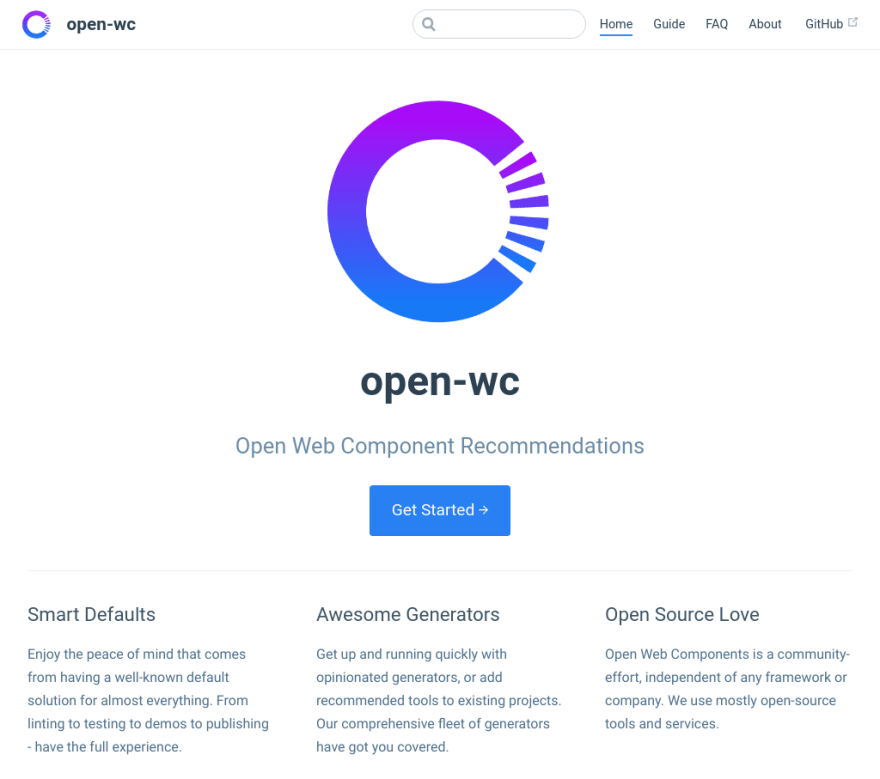 Open-wc is a mix of recommendations and tools for many developer’s use cases : developing, linting, testing, building, demoing, publishing. Some boilerplates are very opinionated, but for my use-case about testing, it just works ! Have a look at their philosophy.

For this tutorial, Iwill explain in details the setup for the “ Component ” boilerplate of Stencil CLI :

You should got these folders and files structure : 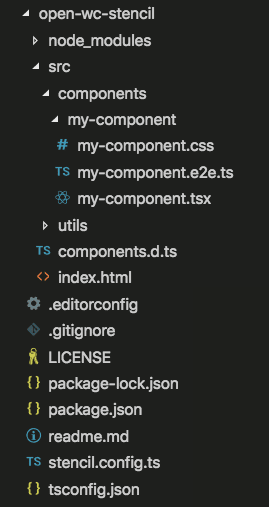 After installing Yeoman and Open-wc generator, you can run it inside your Stencil project : 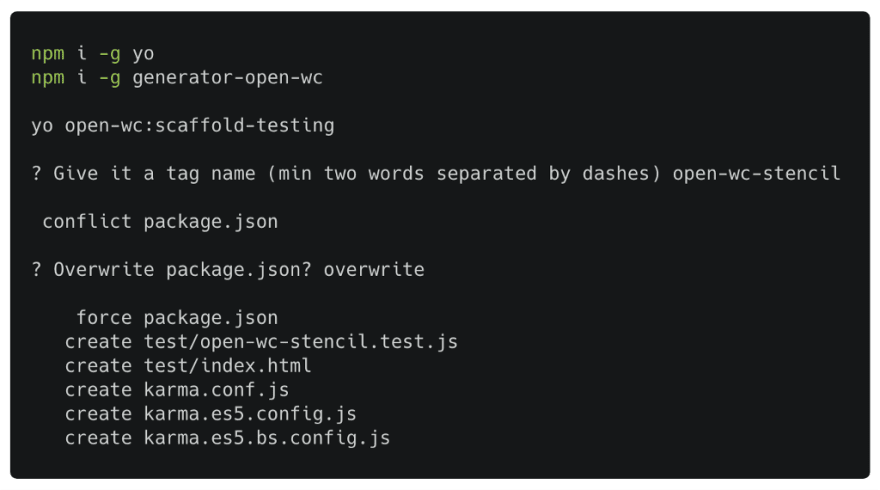 The generated test file has to be updated to work with your Stencil web component. 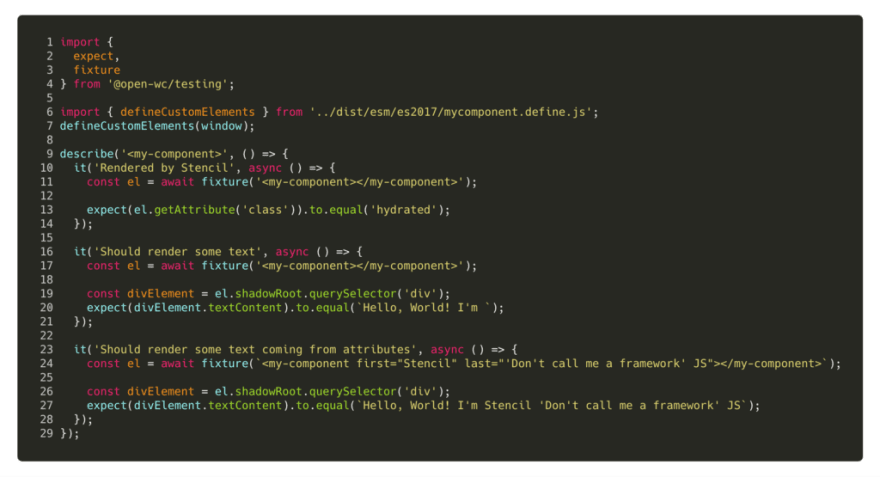 After running npm install to install all the devDependencies, build your Web Component with Stencil and launch the test, everything should be fine except for code coverage. 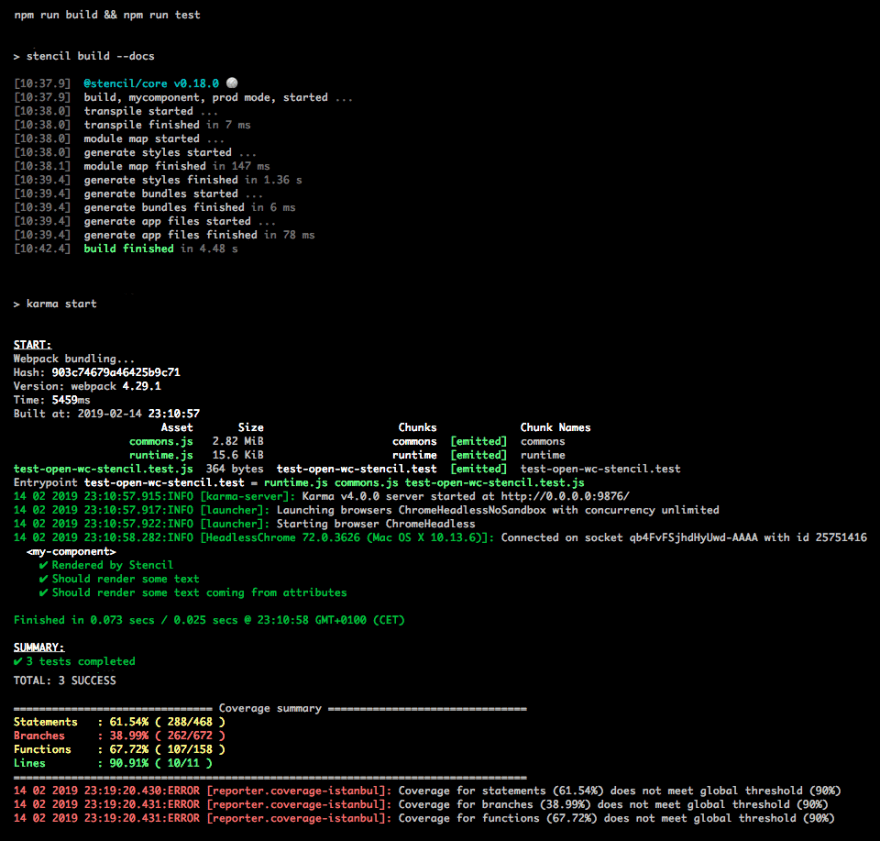 The default code coverage configuration of thresholds of open-wc/testing are at 90%. You can change that by editing the karma.conf.js file, and configuring thresholds. 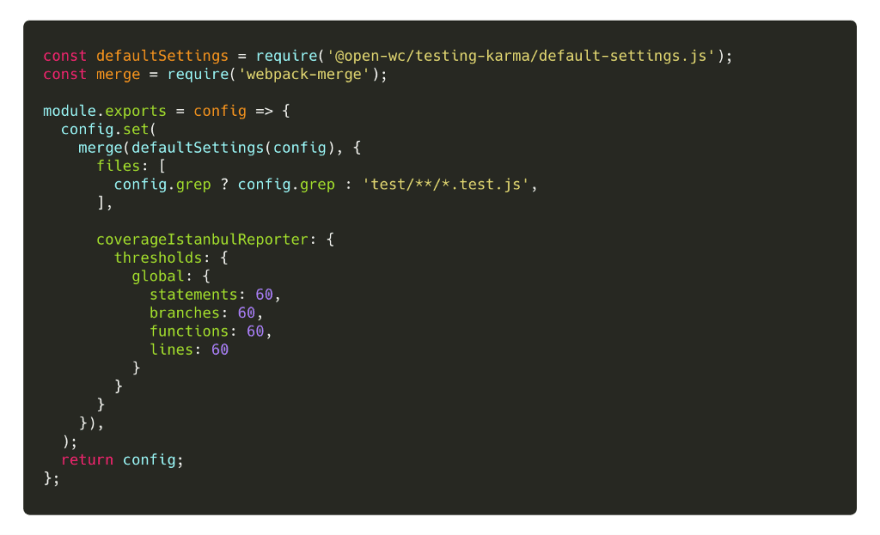 This is not enough for our use-case, because Istanbul, the code coverage tool used by Karma, calculates the coverage of all the files generated by Stencil compiler inside the dist folder.

The es2017 folder contains files used to bootstrap our Web Component, and also the Stencil runtime. Excluding these files from code coverage requires adding the following regular expressions inside karma.conf.js

STEP 5 : run your test in BrowserStack

Open-wc has a package for that, testing-karma-bs. It was installed during step 2. Edit the karma.es5.bs.config.js to edit the name of your project inside BrowserStack.

Next step, you have to setup a .travis.yml file to configure your CI. (You can also do the same thing with CircleCI, TeamCity or Gitlab.)

Nest step is to add two Environment Variables inside the setting of your Travis repository, BROWSER_STACK_ACCESS_KEY and BROWSER_STACK_USERNAME. You can find them at the top left corner of BrowserStack dashboard. 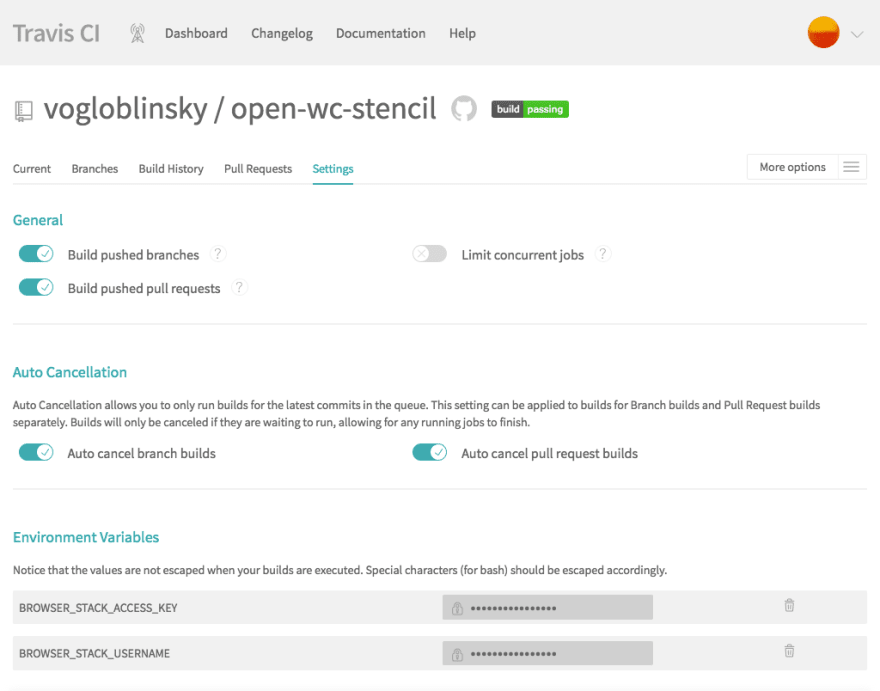 Last step is to launch a build and wait for results :

The default list of browsers running inside BrowserStack are configured inside default settings of open-wc/testing-karma-bs/bs-settings.js : latest stable version of Chrome, Firefox, Safari, Edge and IE11.

You can add more browsers by adding custom launchers inside karma.es5.bs.config.js .

That’s it! I hope you enjoyed reading this post as much as I enjoyed writing it.

The final source code is available on Github :

Thanks Wassim Chegham and Thomas Allmer for the review.

Once suspended, vogloblinsky will not be able to comment or publish posts until their suspension is removed.

Once unsuspended, vogloblinsky will be able to comment and publish posts again.

Once unpublished, all posts by vogloblinsky will become hidden and only accessible to themselves.

If vogloblinsky is not suspended, they can still re-publish their posts from their dashboard.

Once unpublished, this post will become invisible to the public and only accessible to Vincent Ogloblinsky.

Thanks for keeping DEV Community safe. Here is what you can do to flag vogloblinsky:

Unflagging vogloblinsky will restore default visibility to their posts.