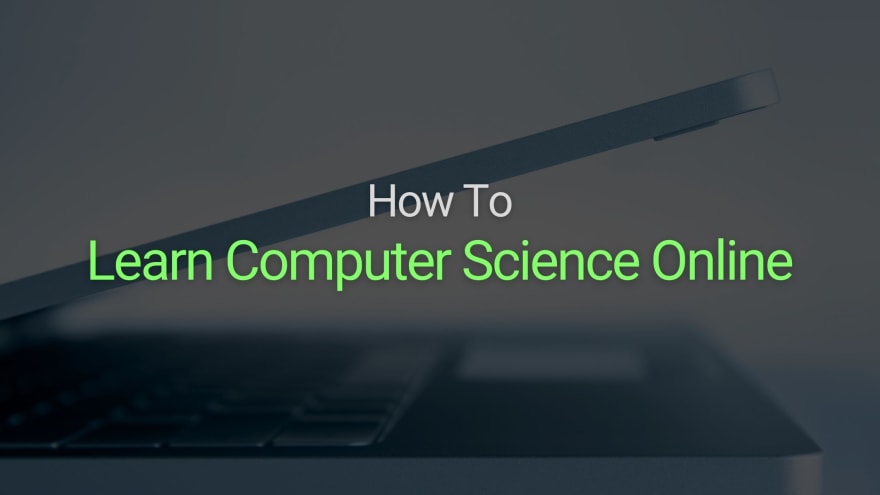 Self-taught developers and Bootcamp graduates often have a hard time finding employment because they skipped learning computer science fundamentals and jumped right into application code. Taking such a haphazard approach to a programming education would be similar to skipping biology classes and just doing a three-week crash course in surgery. Luckily, it’s possible to get a state-of-the-art computer science education without breaking the bank, and it can be done completely online.

How to Get Started – The Short Answer

There are several main topics studied by computer science students at Universities across the world. Some of these topics we’ll consider “required”, and some will be “elective” or “optional”. Take a look at the list below for an overview, you should study these topics, roughly in the order presented.

These topics cover almost everything that a typical CS student would learn at a university, though you obviously need to make sure you go appropriately deep into each topic. Later down in the article we will cover each topic in more detail, and supply some resources to get you started.

The average computer science under-graduate takes 4 years to complete their degree. Hopefully, this isn’t news to you, that’s just how college works. I have good news for you, however! If you are teaching yourself, you can cut out the fat and speed up the process. If you follow these tips, you will likely be able to learn the equivalent of a CS major in less than two years, and you can likely get an internship or a first job after just 3-6 months, depending on how much time you are able to spend daily.

Tutorials and courses should involve coding, and I’ll recommend some resources for doing that. Lectures on the other hand are useful for learning concepts that don’t necessarily require hands-on experience. You can watch those videos over breakfast or on the train.

2. Get Involved in Dev Communities

3. Interview and Get a Job Early (within the first year)

You are teaching yourself online, and the best way to catapult your education is to get an internship or entry-level job as soon as you are able to.

Why Learn Computer Science at All?

Many developers do land well-paying programming jobs without computer science degrees, but it can be hard, it often requires luck or friends in the industry, and once they have a job they often stagnate and are unable to participate in seriously innovating and challenging work.

Knowing the first thing about React, Node, and Mongo might be enough to get a low-paying entry-level job, but I’ve found that so often those developers hit a ceiling on their earning potential and get burned out of using the same tools quickly.

Like myself, you may have been hearing for the past 15 years that “there are more programming jobs than there are candidates to fill them”. While still true, the software engineering career outlook is changing.

We’ve recently had an influx of thousands of self-taught developers or Bootcamp grads that are all looking for entry-level jobs, but don’t have the fundamental math and CS skills to solve more technically challenging problems. By having a deeper understanding of computational theory and algorithms, you can set yourself apart to land jobs faster and command a higher salary when you get there.

Obviously us here at Qvault are doing our best to build out a single platform that will give students one place to learn all eleven CS topics in a linear fashion. Qvault is still a new project however so for now we will recommend our own content where available and point you over to what we consider to be the best alternative resources until we can publish more ourselves.

Coding can be really fun and has a low barrier to entry. The goal here is to get a solid grasp of one or two programming languages. Qvault has a few courses and is a great place to get started. I recommend JavaScript, Go, and Python as some of the best first languages for new developers. 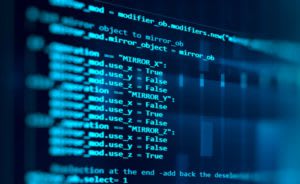 Computer architecture is arguable the most overlooked subject among the bootcamp and self-taught developer community. It’s almost impossible to write performant and efficient software without a basic understanding of the hardware it runs on.

Computers are built of various components (hardware) including the CPU, memory, busses, clocks, and the peripheral devices you are familiar with like the mouse and keyboard. All of these components must communicate with each other and provide a necessary service to the user, but as software developers, the most important components for us to understand are memory (RAM) and the processor (CPU). 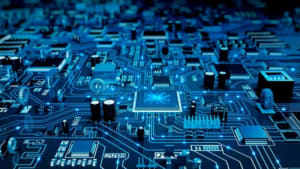 The study of algorithms and data structures is the bread and butter of computer science. It’s fundamental that we learn about making computer programs fast so that they can delight our users and find meaningful answers quickly.

I’m in complete agreement with the traditional education system that that familiarity with common algorithms and data structures is vital to the success of any developer. Understanding these basic problem-solving skills will also benefit you in any aspect of your career and life. 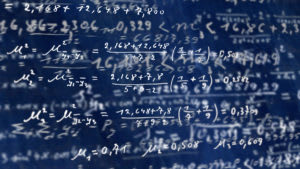 Computer science, like many sciences, is just applied mathematics. Many software engineers do their best to ignore this fact, and make ignorant claims like, “I’ve never had to use math while coding”. I’ve always said that I would rather take a math student and teach them to program than take a programmer and teach them to do the math.

Database knowledge and theory is one of the most practically applicable topics to most engineering jobs. I’ve never worked at a company where we didn’t have multiple databases, and the most successful engineers at the company wee usually the ones who knew a little something about how to use them. 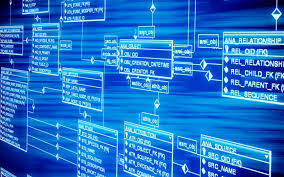 This is what most Bootcamp and self-taught developers learn, and unfortunately not much else. As you can probably imagine, the reason why web development is taught at bootcamps is because this is the money-maker. The majority of development jobs, especially jobs with a low barrier to entry are web development opportunities. As you dive into various web development resources, try to focus on a single backend language (and maybe a framework), and a single frontend framework, if you choose to learn one at all.

Personally, I recommend learning backend APIs using the Go programming language with no framework. I would also advise building a frontend using vanilla JS, as well as another one using Vue.js or React.js. The practice is worthwhile, and don’t skip the vanilla javascript! Frameworks are great but they come and go. 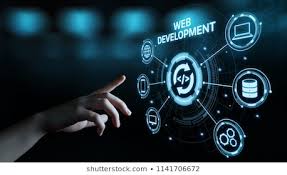 Functional programming concepts and styles are especially important in web development as frontend applications and frameworks are starting to use functional styles to help make codebases easier to maintain. Recursion, the avoidance of side-effects, and purely functional data structures are must-know concepts that will make finding a job in the industry that much easier. Even if you never end up working in a purely functional language, the fundamentals of functional programming apply universally to all coding environments. 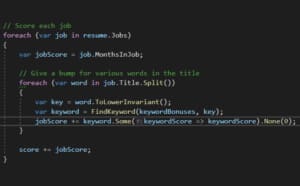 Computational theory, apart from pure math, is one of the most “pure” computer science topics due its theoretical nature. Alan Turing, who is often called the father of computer science, pioneered many of the theories that we now use to compute the solutions to complex problems. In my opinion, computational theory is the crowning jewel of a CS education, and understanding its concepts truly sets students apart from their competition in the job market. 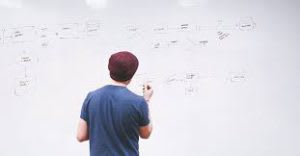 Cryptography underpins the security of all digital applications. Valuable engineers need an understanding of not only the best security practices but how and why those best practices work. Cryptography can be a math-heavy subject depending on how deep you dive into the material, so it’s probably a good idea to brush up on your math basics as you work through crypto material. 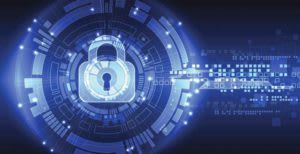 Every once in awhile, something goes wrong with a companies server connections, and only the most experience developers are able to deal with the outage. Those developers are more valuable resources, and as a result command higher salaries. An understanding of networking basics is a huge boon to your engineering career. 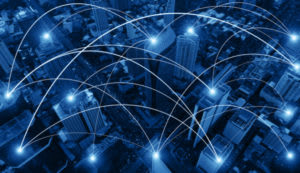 While many popular programming languages like JavaScript and Python are interpreted, many are compiled directly to machine code.

The internet has become so unbelievably huge, that very few popular services online can get away with running their systems on a single machine. Previously companies purchase larger and more powerful machines, but Google was one of the pioneers of writing smarter software that can simply leverage the power of many smaller and cheaper machines.

Distributed systems is the study of programs that can efficiently take advantage of hardware wired together over a network, and it’s become more relevant all the time. 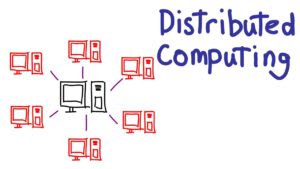 It’s hard to write good software without understanding the software that your software runs on. Just like an understanding of CPU architecture, a good knowledge of how operating systems work will make you a valuable asset to any organization. Most developers only have a cursory knowledge of how Linux operates, and if you deploy on Linux like most of the world, your expertise will be well-rewarded.

While AI and ML used to be fairly niche fields, they are becoming more and more important as companies are turning to big data to answer long-standing marketing and product problems. If you have any interest at all I would highly recommend at least taking a look at the basics of some of the open-source frameworks like Tensorflow and Keras.

I wish you the best on your CS journey! Computer science and programming have changed my life for the better. I now have a comfortable salary, a job I enjoy, and I get to meet and work with the most interesting people. Let me know if this guide has helped you and how I can improve it!