React VN is a Visual Novel Editor and Player for playing and writing text adventures.

NB: this is an older project that I had sitting in my drafts for a while. This has been live on my site for a while, so no time like the present to publish here! Some statements in here are a bit...dated...however.

React VN was written for the web with Javascript, using React as a framework for the data and managing interactions.

The React setup was scaffolded with Create React App, and then was ejected for a few reasons:

This project also makes used of the new (and unreleased, at the time) React Context API. The Context is set up in src/data/StoryContext.js. In that file there is a StoryProvider that wraps around the default Context.Provider component that providers the story data to the consumer. However it also exposes several functions that serve as an API for the storyData: helper functions (for quick access for nodes) and actions (for modifying nodes).

The application is split up into two separate deployments, an “editor” build and a “player” build. The Editor includes tools to create a new story, edit an existing one, and export a story to a .json file. The Editor also automatically turns on “debug mode” where you can see a bit of what’s happening under the hood as the story is being processed. The Player can only load and play .json stories.

The initial deployment plan is to host both web apps, and allow people to share .json files as they wished (created in the editor webapp). A person would receive someone else’s .json and upload it to the Player webapp to play the story.

Soon, an officially supported deployment will be to allow editors to download the source for the app, and run their own editor apps on their local machines or even self-host, and do the same for their player apps. In this case the Player can be set to load a specific .json file instead of asking for a specific screen to load.

Currently, both apps are deployed via Github to Netlify (Editor and Player). Each build is also run through TravisCI to run tests, and on tagged releases, will generate a player.zip that contains all the files needed to host a Player app which will be attached to the Github release. 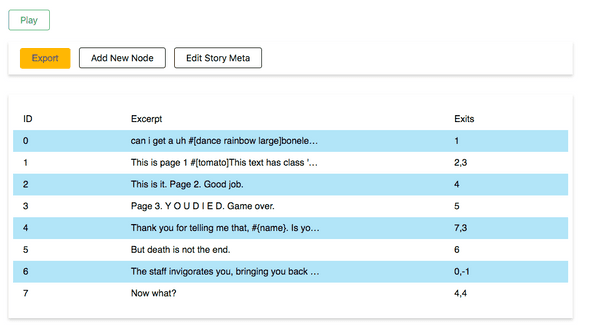 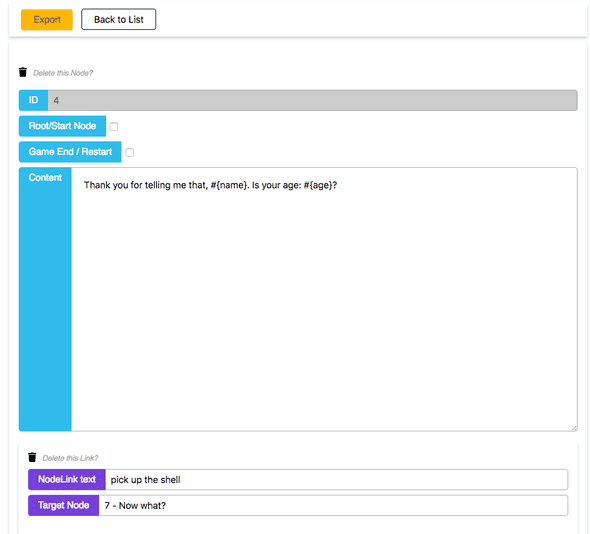 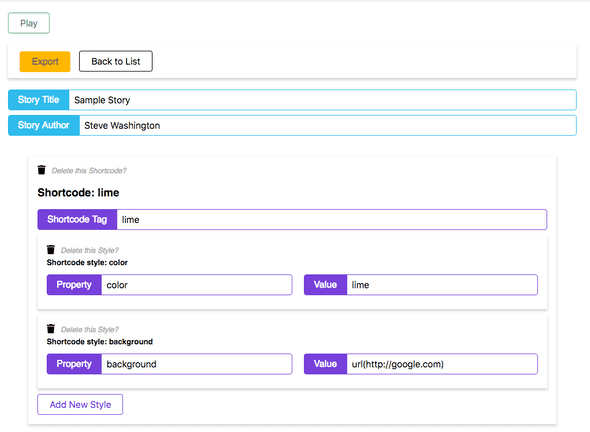 Once suspended, washingtonsteven will not be able to comment or publish posts until their suspension is removed.

Once unsuspended, washingtonsteven will be able to comment and publish posts again.

Once unpublished, all posts by washingtonsteven will become hidden and only accessible to themselves.

If washingtonsteven is not suspended, they can still re-publish their posts from their dashboard.

Once unpublished, this post will become invisible to the public and only accessible to Steven Washington.

Thanks for keeping DEV Community 👩‍💻👨‍💻 safe. Here is what you can do to flag washingtonsteven:

Unflagging washingtonsteven will restore default visibility to their posts.