The string reversal algorithm is perhaps the most common JavaScript code challenge on the internet. In this article, we explore various string reversal techniques as a good number of string manipulation algorithms are dependent on ones ability to reverse a string.

Write a method that will take a string as input, and return a new string with the same letters in reverse order without using the built-in #reverse method

Before diving into the code, it is best to process your logic using pseudocode to solve the problem. In other words, what are the sequence steps, in plain English, that you will need in order to take a string of letter as an input and output that string in reverse order? 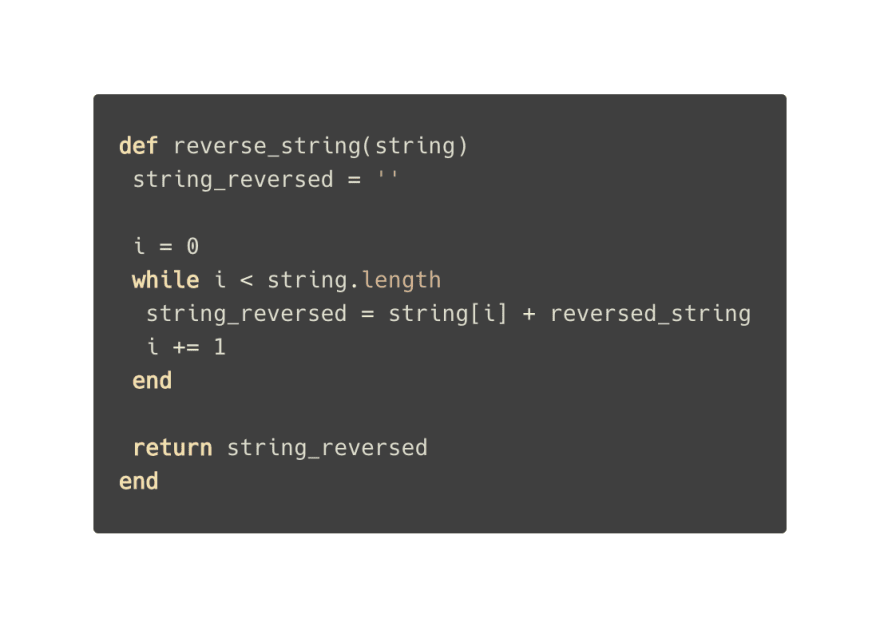 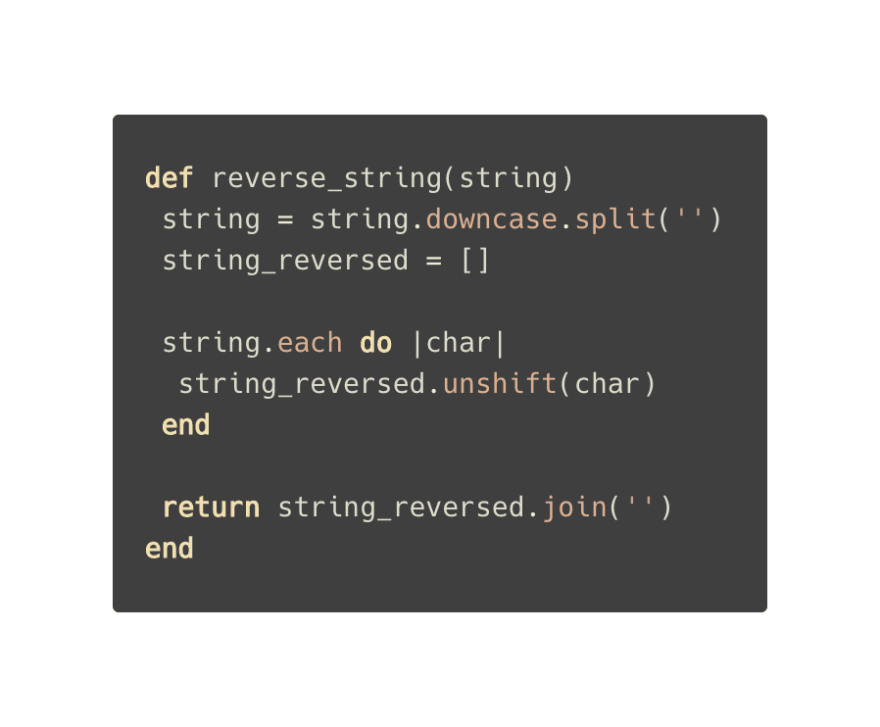 Our next challenge is build on top on using the #reverse_string and further strengthen our string manipulation skills by implementing simple algorithms to test if a string of text is a palindrome.

First off, what is a palindrome?

A palindrome is a word, number, or other sequence of characters which reads the same backward as forward, such as "racecar" or tacocat"

Write a method that takes a string and returns true if it is a palindrome. 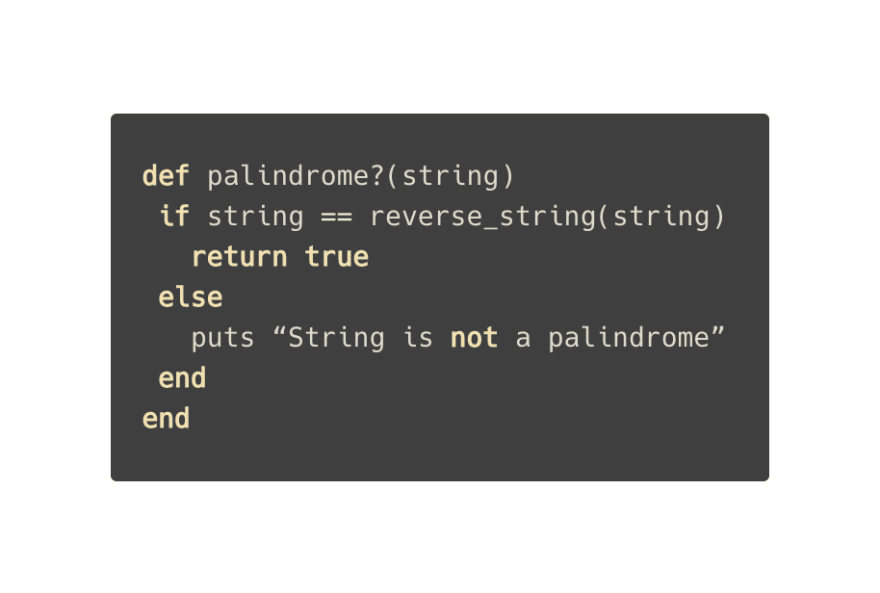 Looping through and Comparing Characters

In this approach, we are going to apply the Two Pointers Technique in which loops through the string as it was passed in and compare each character with the character currently in the position it'd have taken if the string was reversed.

For instance, if we were testing the string "coding", we would compare "c" with "g" because if the string was reversed d would take r's position.

Correspondingly, we'd compare "o" in position 2 with "n" in position 2 from the end as well and if the string were a palindrome, all of these would test true. 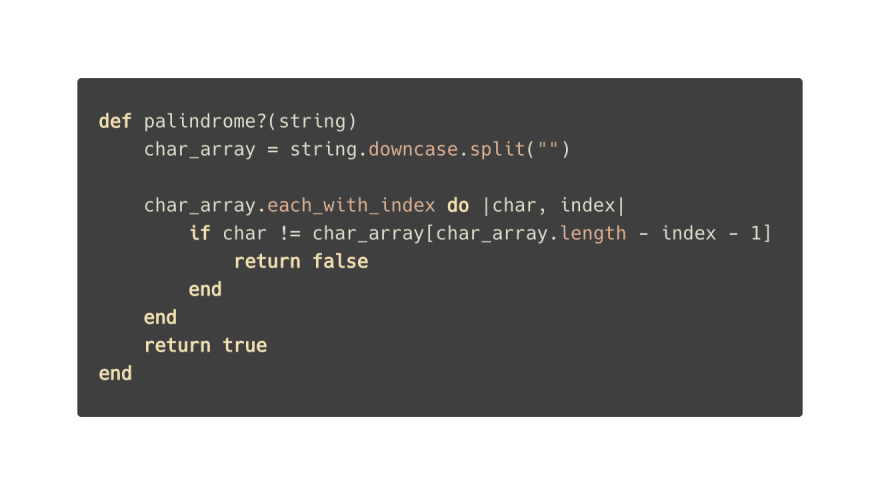 In our third challenge, we are going to continue to manipulate arrays and strings to count the number of vowels in a given string of text.

Write a method that takes a string and returns the number of vowels# in the string. For example: 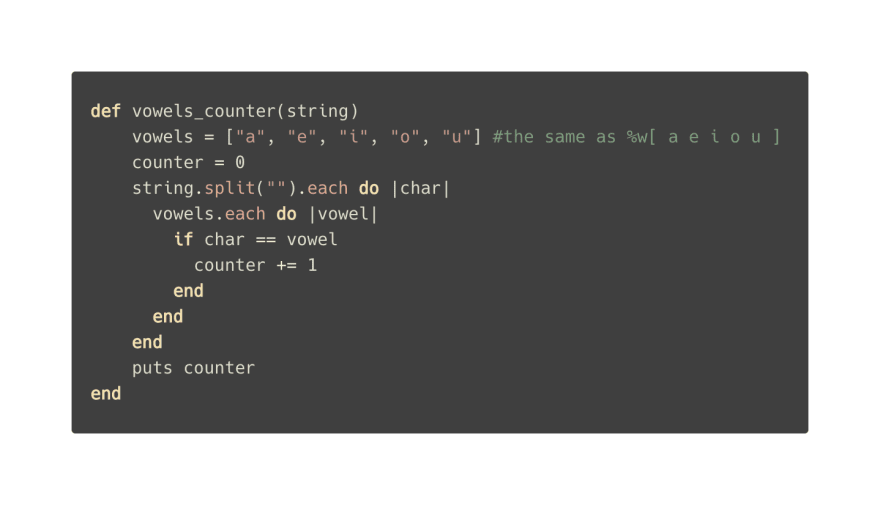 How to Git Stash Your Work [the Correct Way]

Stashing your changes can be confusing in the beginning. This tutorial will help you to quickly get a hang of it and start using all the possible commands.