Tree data structures are built using tree nodes (a variation on the nodes you created earlier) and are another way of storing information. Specifically, trees are used for data that has a hierarchical structure, such as a family tree or a computer’s file system. The tree data structure you are going to create is an excellent foundation for further variations on trees, including AVL trees, red-black trees, and binary trees - which you will actually create in a lesson later on!

Trees grow downwards in computer science, and a root node is at the very top. The root of this tree is /photos.

Conversely, /photos is a parent node because it has child nodes.

/safari and /wedding share the same parent node, which makes them siblings.

Note that the /safari node is child (to /photos) and parent (to lion.jpg and giraffe.jpg). It’s extremely common to have nodes act as both parent and child to different nodes within a tree.

When a node has no children, we refer to it as a leaf node. 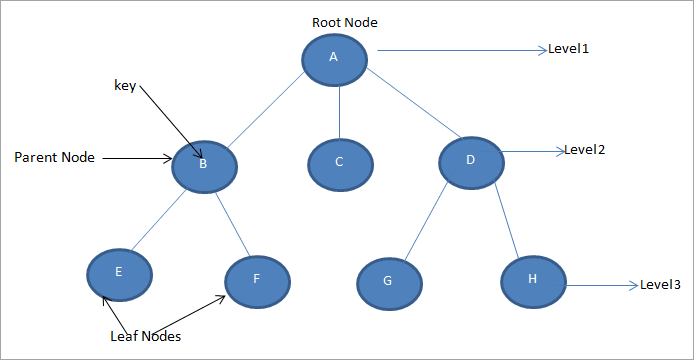 Trees come in various shapes and sizes depending on the dataset modeled.

Some are wide, with parent nodes referencing many child nodes.

Some are deep, with many parent-child relationships.

Trees can be both wide and deep, but each node will only ever have at most one parent; otherwise, they wouldn’t be trees!

Each time we move from a parent to a child, we’re moving down a level. Depending on the orientation we refer to this as the depth (counting levels down from the root node) or height (counting levels up from a leaf node).

Constraints are placed on the data or node arrangement of a tree to solve difficult problems like efficient search.

A binary tree is a type of tree where each parent can have no more than two children, known as the left child and right child.

Let’s walk through locating the value 31. 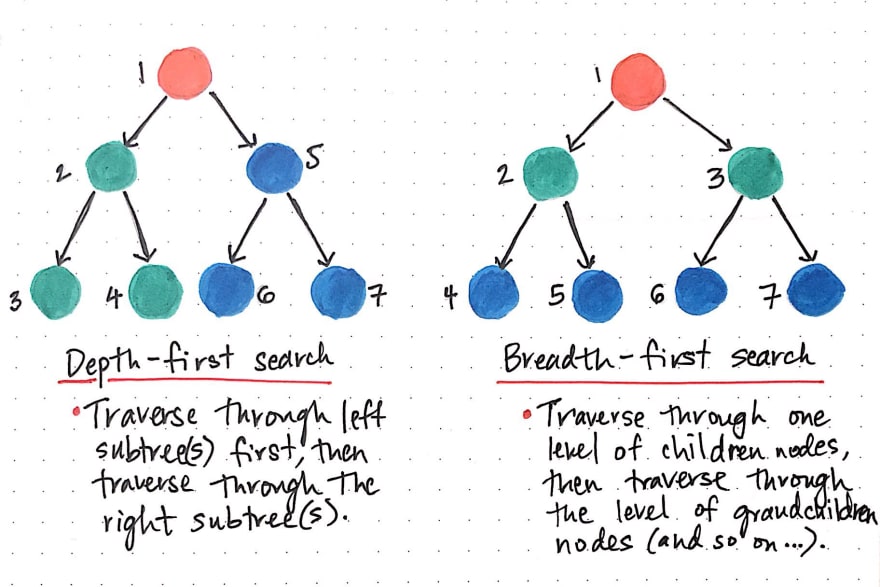 Image credits to Breaking Down Breadth-First Search
Post from Medium

Trees are useful for modeling data that has a hierarchical relationship which moves in the direction from parent to child. No child node will have more than one parent.

The ultimate guide to variables in JavaScript

Once suspended, wdiep10 will not be able to comment or publish posts until their suspension is removed.

Once unsuspended, wdiep10 will be able to comment and publish posts again.

Once unpublished, all posts by wdiep10 will become hidden and only accessible to themselves.

If wdiep10 is not suspended, they can still re-publish their posts from their dashboard.

Once unpublished, this post will become invisible to the public and only accessible to Will Diep.

Thanks for keeping DEV Community 👩‍💻👨‍💻 safe. Here is what you can do to flag wdiep10:

Unflagging wdiep10 will restore default visibility to their posts.