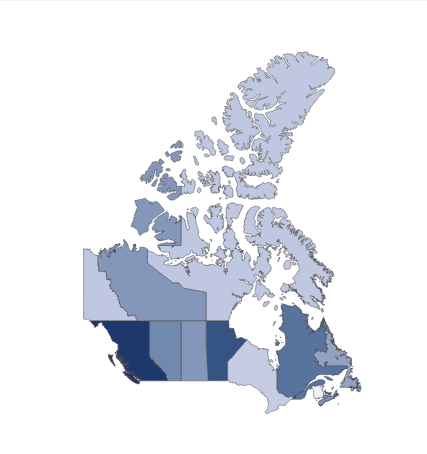 A Choropleth Map is a thematic map in which areas are shaded or patterned in proportion to the measurement of the statistical variable being displayed on the map, such as population density or per-capita income.In this guide we’ll be creating a Choropleth map of Canada, But it can be used as a guide to create a similar map of any country. We’ll be using Datamap for this purpose. I am assuming that you are familiar with React.

How to become a Frontend Developer in 2022

OOPS in JavaScript with easy to understand examples 🔥🔥