ReactJS is an open source JavaScript library designed by Facebook for creating rich and engaging web apps fast and efficiently with minimal coding.
The core objective of ReactJS is providing the best possible rendering performance using The Virtual DOM.
Its strength comes from the focus on individual components , so Instead of working on the entire web app, ReactJS allows a developer to break down the complex UI into simpler components. 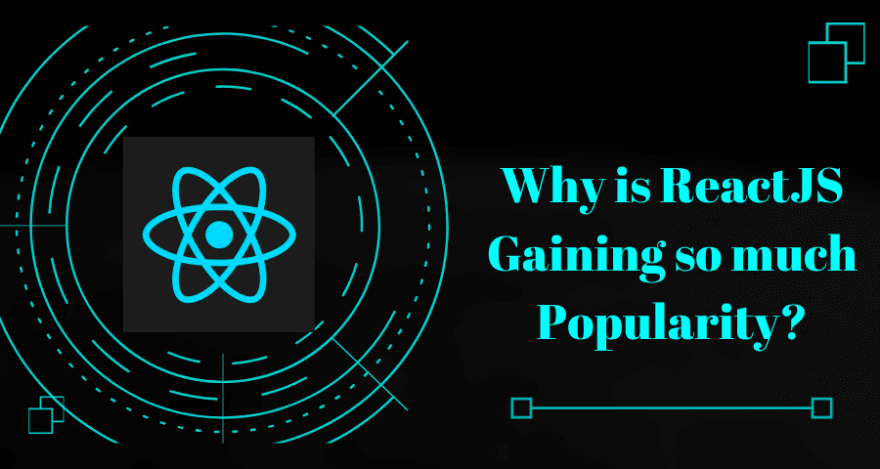 There's a high probability that there's no web framework that took as little time as React JS to be a leading one in the front-end web development.
Google Trends confirms that React is currently at the top. Why do we believe in its potential ? When it comes to developing interactive, dynamic user interfaces, nothing can beat it. An estimated number of 8064 industry leaders currently use React.js. 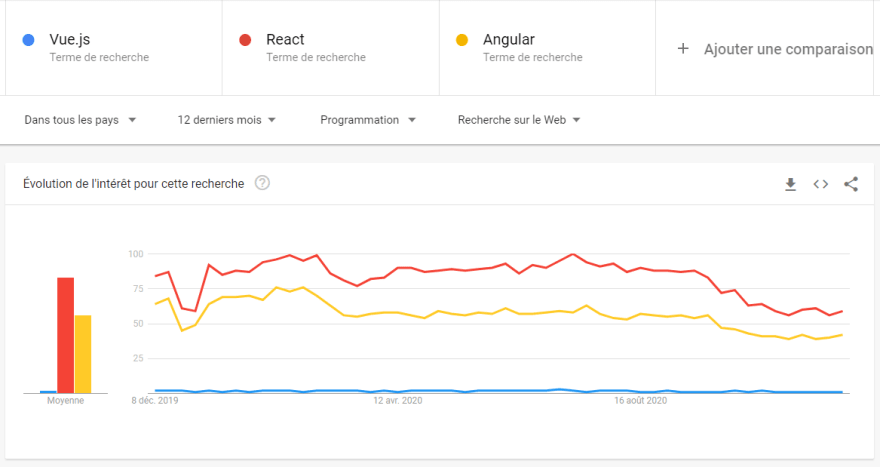 It's really no accident that React JS is used so much.
It has been only seven years since the first release back in 2013, and it was open-sourced from the beginning. And in this short period of time, React JS has been one of the most used JavaScript frameworks.It's been growing rapidly in its path.
React JS is the most loved amongst the frameworks, libraries, and technologies being used today.
React has continued to rise in popularity over the years and has been consistently ranked as the most used and favorite JavaScript library for building frontend applications according to State of JavaScript survey of 2019.
The rise of React,is impressive and as an early adopter of React, I am and excited for its growth. 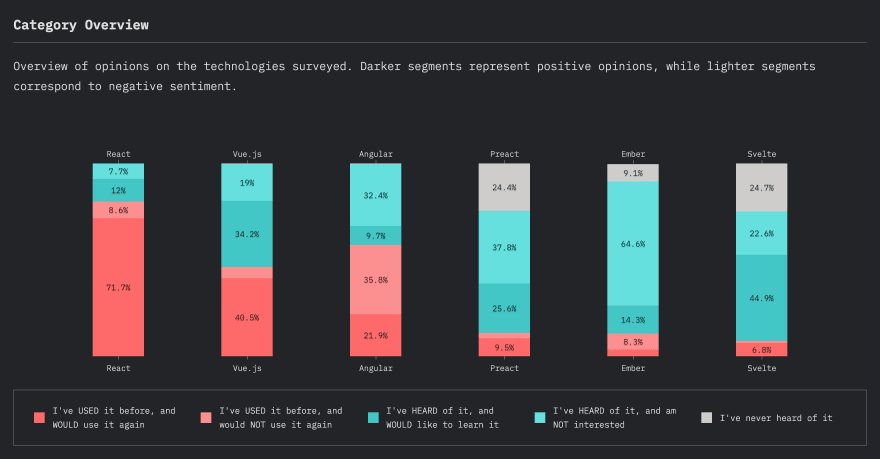 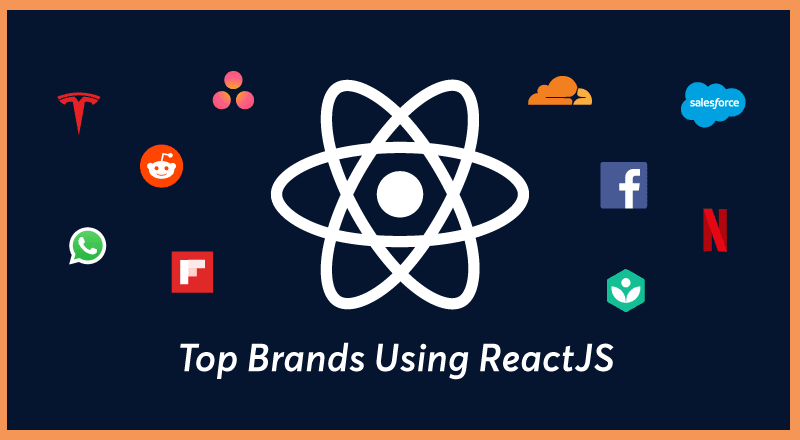 Part of this huge popularity comes from the fact that top corporations use it to solve user interface related issues. This credibility has drawn a lot of people to the framework.
Both developers and entrepreneurs agree that React JS is the future of oriented framework, and it's very worth investing money and time to it.
Here are some of the biggest sites built with React:
Facebook, Instagram, What's up, Twitter, Microsoft, Yahoo, Netflix, PayPal, Imdb , Uber, Wix, Atlassian, CloudFalare, Slack, Dropbox, Salesforce, Airbnb, Reddit, BBC And the list goes on!

Top reasons why you should learn React right now

1-React has an awesome community
One of the most preferred reasons to learn React JS is its popularity. And with popularity comes a wide community to help new developers.

2-React is SEO-friendly
React is widely recognised as the friendliest JavaScript library for SEO purposes. While React in itself isn’t SEO-friendly (like all JS frameworks), React embraces SEO and its components are easier for Google to crawl.

3-React is very scalable
The very first and main evidence of the React JS scalability is Facebook itself.
It's made entirely on React JS and has over 50,000 different components. And it's still growing without any performance problems!

4-React is all about Reusable Components
React saves you time and money on development because it’s component-based. You can break down an interface into reusable components that allow you to build dynamic user interfaces.

5-React’s Performance is Amazing
High performance is critical for web applications. 47% of people expect a webpage to load in 2 seconds or less. Additionally, 33% of your userbase will abandon your website if it takes more than 10 seconds to load.
Businesses that use ReactJS are assured of better performance compared to those that use other frameworks.
React is using a virtual DOM, which means it doesn’t have to generate all the HTML files from the bottom to the top, whenever the change appears.
Instead, he looks for the differences between the current and the old HTML and updating it accordingly, making all the loading experience feels like a blink of an eye.

6-Development Speed
React been also built with developers in mind.
The coding itself allows you to create web and mobile apps way much faster than any other framework.
The great advantage of React is that you can just code it once, and use it on the different platforms. You can hire one good React developer and he will be able to build web apps, mobile apps, and even apps for a tablet.

7-Backward Compatibility
Still, none of the other frameworks is able to be so easily compatible.
If you use Angular, there is a big chance that instead of upgrading it to the new version you will have to write your app from scratch with the new public API.
Whenever a new version of React is coming out, the public API remains almost totally the same. This helps Facebook refresh it’s code and still be able to work on his old pieces at the same time.
In other words, you don’t have to learn React again and again after each and every launch, and you can be sure your older version remains compatible with all the new components.

The Future of ReactJS 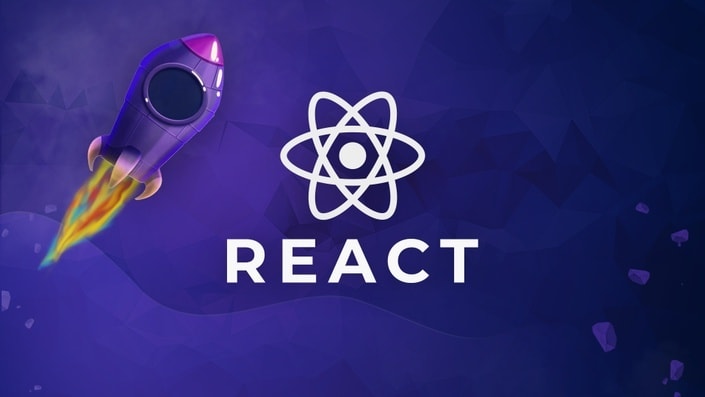 The future is 100% great due to the support of substantial big Community Facebook. The developers and businesses strongly believe that the ReactJS applications give them high performance and good quality for market reach.
You can think and imagine the future of ReactJS by yourself after knowing the large and most popular companies names that use React.

Each and every technology seems to have the same goal – doing things easier, faster, and ultimately better.

Learning ReactJS is the need of the hour and makes sense as it is providing much-needed ease to developers in building highly engaging web applications and user interfaces in very lesser time, where they create large scale apps with frequently changing data.

So I guess there’s only one question left to ask: what are you waiting for?

Once suspended, wejdi_gh will not be able to comment or publish posts until their suspension is removed.

Once unsuspended, wejdi_gh will be able to comment and publish posts again.

Once unpublished, all posts by wejdi_gh will become hidden and only accessible to themselves.

If wejdi_gh is not suspended, they can still re-publish their posts from their dashboard.

Once unpublished, this post will become invisible to the public and only accessible to Wejdi.

Thanks for keeping DEV Community 👩‍💻👨‍💻 safe. Here is what you can do to flag wejdi_gh:

Unflagging wejdi_gh will restore default visibility to their posts.