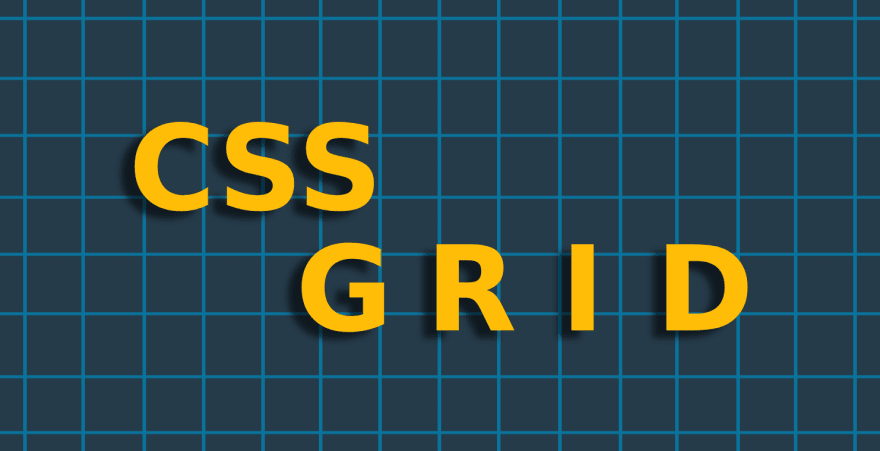 In this post I'm going to share with you some of the things I gathered about CSS Grid and how you can use it to build cleaner markups and consequently increase maintainability in your projects, to mention one of its many advantages.

CSS Grid is one of those many shiny technologies that seem to appear out of the blue and gain popularity really fast, which makes us think that is probably another hype thing. As we are used to that kind of thing in the web development world, most of us end up being skeptical about trying something new and seeing how things really work with that new technology.

For me, this happened with CSS Grid. In my case, I gave it a shot when I first heard about it and watched videos from Wes Bos' CSS Grid course. I remember finding it really interesting and daunting at the same time since it changes your mindset when building layouts. Also, I had the idea of not being able to use it in real-world projects because of its current support. If I wanted to use it I would have to add a lot of backward compatibility code, so that was a no-go for me.

It turns out I needed a little more research on the subject and I'm glad I did. This post is greatly inspired in this talk by Morten Rand-Hendriksen.

CSS Grid, as any other specification officially approved and shipped in browsers, has been through a lot of discussion and implementations since it was first presented to W3C by a Microsoft team in 2012. As the idea of a grid layout had been floating around for more than 20 years already, that wasn't the first specification to be proposed (more info here).

The difference was that, in this time, the Microsoft team also presented a real implementation of the grid layout. That helped at evaluating the proposal in a more realistic way. Also, several people started playing with it and spreading the word about it, so many real examples of a grid layout started to come out. That, for me, was one of the things that really helped CSS Grid to quickly gain popularity in the community, which is amazing!

Since then, the specification has changed a lot and most of the work that was done before that time was also taken into consideration. With that, a lot of additions and clean-ups were made to the initial proposal.

With such enthusiasm about the new cool kid on the block, by the end of the first semester of 2017, Chrome, Firefox, Opera, and Safari had shipped support for CSS Grid. Take a look at its current support:

The support mentioned for Opera is for Opera Mobile only.

Interestingly, Microsoft was the last company to ship the updated version of grid layout in Edge. As for IE10 and IE11, the supported grid layout version is still the old one and it looks like those are not getting updated.

As with any other technology, it is a good starting point to get to know the lingo related to it. In this section, I'll list the basic concepts you should have in mind before start playing with CSS Grid.

This is the root of your grid layout and wraps up all the other items inside your grid. In order to define a grid container, you basically set the display property to grid in the element you want to be your grid container.

Even though you will not see any difference after applying that rule, now you have a grid container you can start laying items on.

A grid item is every direct child of your grid container. In the example above you can say that all the span elements are items of the grid container you created.

Grid tracks refer to the columns and rows in a layout. Those two concepts are not new for someone that has been building grid-based layouts, so let's see how to define them in CSS Grid.

For this example, we are defining 3 columns and 1 row, being that the first and last columns will have a width of 1fr (explained in the next section) and the middle one will have the double of that: 2fr. For the rows, we are specifically defining only 1 row, but as there are more items to be placed in the grid, new rows are automatically created for us. The first row has a fixed height of 10rem and all the remaining rows will have equal height which is equivalent to 1fr.

The fraction unit or fr, represents parts of the available space you have in your column or row. If you look back at the example above you'll see that for the first row we are creating a fixed height and then for each of the remaining ones we are letting them take one fraction of the space available. Basically, the height that was left in the container will be equally split into the number of rows we still have in the grid.

It is interesting to notice here that you not always have to define all of your columns or rows manually. In situations you have a big number of tracks, you can use the repeat method to create track patterns, as in the example below.

Here we are creating a pattern for the columns. Every two columns in our grid will have a width of 1fr for the first column and 2fr for the second. The same works for rows as well. I recommend you to open that example in codepen and play with more combinations :)

You can also position your items based on linen numbers. When you create a CSS Grid layout you have the option to specify in which line your item will start and end. See the example below.

You can notice that in the example we are using line numbers to specify where several items will be positioned. For instance, the second span in the grid will be horizontally positioned from line 2 to line 5 (you can use the red lines as a reference, starting from 1 and from left to right). Also, the same span will be vertically positioned from line 1 to 3 (start counting from top to bottom). Due to that, the third span will be automatically repositioned, since the second span is occupying the space previously reserved to span #3. Also, notice that you can use the shorthand property grid-column or grid-row to set the starting and ending line of an element in the same rule. Check how the spans #5 and #6 are being positioned and play with it :)

In a grid layout, a cell is every individual space where you can lay your items on. Basically, you can lay an item in a specific cell or throughout a group of cells, by specifying the starting and ending point of an item (as we did in the previous section) or using a grid area.

A grid area defines a named block that can be used to lay items in a grid template area. Let's see exactly how that works.

In this example we are defining a grid template area with the following blocks: header, sidebar, main, and footer. When you use the grid-template-area you can specify the rows and columns you want by using the names you used for each block.

After defining the template area you have to link those block names to each element in your markup. We do that by using the grid-area property, as shown in the example above. Once you assigned each block to a specific location in the template area, you can play around with moving the lines in the grid-template-area property and see that you don't have to reorder your markup in order to move items around. It simply works!

One interesting thing is that if you want to add some empty blocks in your template area you can do that by using a dot in the place of any block name. See example below.

It is generally good to provide some gap between your items. You could do that using margins around your items but in CSS Grid there is a much better way to do that. Using the grid-gap property.

After a bunch of new concepts and lingo in only one post, you may be wondering now what are the real advantages of CSS Grid over the previous approaches we have and are familiar with, like Flexbox.

One important difference between these two technologies is that with Flexbox you have to work with one-dimensional layouts, so you always need to think about your layout either as rows or columns at a specific time. With CSS Grid, you can work in a two-dimensional way, which means you can work with columns and rows at the same time! :)

For me, the main reason for such enthusiasm about CSS Grid is that now we can write much cleaner markups. A markup that truly tells you what are the real elements that you see in the page and does not make you create extra divs or whichever other HTML tags you might have used for the sole purpose of layout.

If you look at the HTML and CSS for those two examples, you will notice that the markup for Flexbox does not look as appealing as the one for CSS Grid. You can see that extra blocks had to be created in order to position more complicated parts of the layout. As for CSS Grid, no extra blocks were needed and all the markup you have is real content the user sees in the page.

So if you still have that question "Why CSS Grid?", here are a few points I would like to list for you:

That's it for now! Thanks for reading and let me know what you think about CSS Grid and whether you are already using it in production or not :)

Once suspended, willamesoares will not be able to comment or publish posts until their suspension is removed.

Once unsuspended, willamesoares will be able to comment and publish posts again.

Once unpublished, all posts by willamesoares will become hidden and only accessible to themselves.

If willamesoares is not suspended, they can still re-publish their posts from their dashboard.

Once unpublished, this post will become invisible to the public and only accessible to Will Soares.

Thanks for keeping DEV Community 👩‍💻👨‍💻 safe. Here is what you can do to flag willamesoares:

Unflagging willamesoares will restore default visibility to their posts.