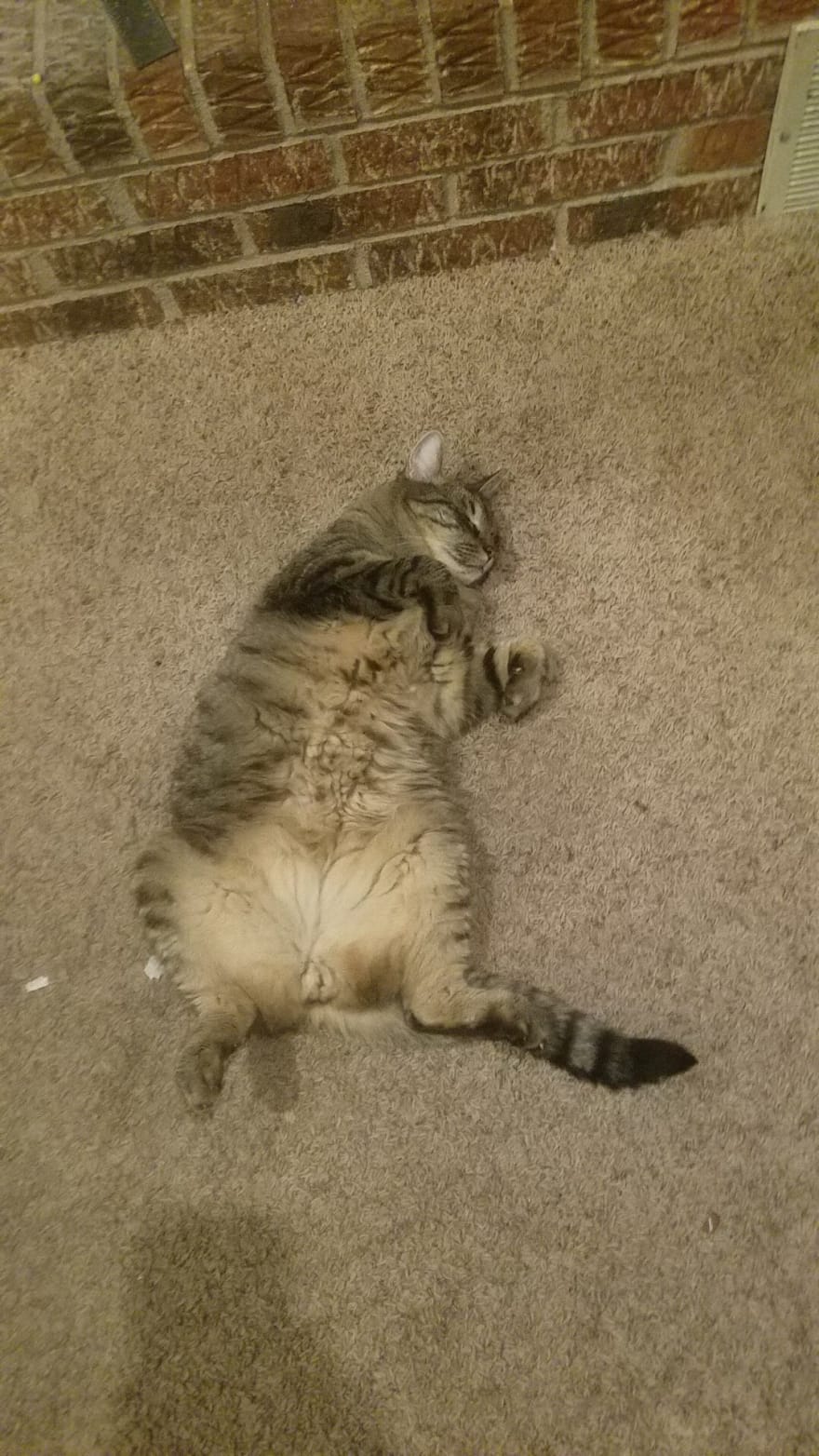 One of the interesting parts of being a semi-public figure by doing DevRel is that it makes you think a lot about how you look to other people, in a way I suspect is not a concern for the ordinary developer. It parallels the doubled perception that a lot of women already experience. In 1972, art critic and philosopher John Berger wrote,

A woman must continually watch herself. She is almost continually accompanied by her own image of herself. Whilst she is walking across a room or whilst she is weeping at the death of her father, she can scarcely avoid envisaging herself walking or weeping. From earliest childhood she has been taught and persuaded to survey herself continually. And so she comes to consider the surveyor and the surveyed within her as the two constituent yet always distinct elements of her identity as a woman. She has to survey everything she is and everything she does because how she appears to men, is of crucial importance for what is normally thought of as the success of her life. Her own sense of being in herself is supplanted by a sense of being appreciated as herself by another….

It’s reductive and essentialist and troubling, but I’m not sure it’s untrue – there is a level of mindfulness to being visibly female, and a similar level of mindfulness to being visible/active online, and to representing a company.Like all forms of identity, there are a lot of intersections and nuances and complications and historical considerations. I personally know at least two female-presenting people who left technology because the cost to continue was too high, and I can think of many more who have taken deliberately lower-profile, less-dangerous positions. But I also know people who choose to be aggressively public about their gender, their level of ability, their struggles. It’s not a contest, but it is a grind.

There’s a joke-not-joke about how so many women in technology and especially information security have chosen to have obviously artificial hair color. We tell people it’s so we can identify each other in a crowd, or it’s because poisonous animals have bright markings, or because we’ve gotten to the place where we can’t get fired anymore. Because it makes us look queer (a lot of us are, but not all). Because it makes us feel fierce.

Those are all true, and many more reasons besides, but at least for me, having bright pink hair is also a level of defiance. I am not here to look pretty for you. I am not junior enough to worry about my career (a lie, of course). I am aggressively, boldly, assertively female, and I am not ashamed of that. It’s really political, at least for me. If you won’t hire me because of my hair, I don’t want to work for you. And I can make that stick.

I know sometimes that people see it as juvenile, or childish, or girly, and discount me because of it. But here’s the thing – if I am on stage, recognized by a conference as an authority, and I’m girly, it breaks people’s mental model about either what it means to be on stage or to be girly. Every time I make someone reconcile those two things, I hope to make it slightly easier for a junior person who likes winged eyeliner to get credit for a technical idea.

Because here’s the key point –

Dignity has nothing to do with competence.

My friends, if I rock up on the stage and give a mind-blowing talk on the origins of full-disk encryption and AES while wearing a clown suit, I expect you to listen to me and also not dismiss the next person you see trying to explain something while wearing a red nose.

I think, historically, dignity has been coupled with respect and professionalism, but I don’t think that’s an unbreakable triad. I think it’s a habit of mind.

I started thinking about this when I saw something on Twitter about how respect actually has two meanings – the first, for people who are already in power, is actually more like deference from people with less power. Respect the office, the badge, the cloth. The second, the respect desired and demanded by the powerless, is to be treated like a full human. As people in tech, we probably seamlessly use both definitions without realizing we’re moving between them, and which one we mean depends on where we are in the power structure.

Professionalism is, at core, very utilitarian. It means operating with the group standards in a way that keeps the organization from experiencing friction and loss of efficiency. If something is professional, it keeps the gears of collegial relations turning. It is not professional to sexually harass people because it degrades their work efficiency drastically. (It’s also terrible on a number of other levels, but corporations can only be persuaded by the bottom line.) If I’m being treated professionally, it means I have the same opportunities and liabilities as other employees, and that I can count on the explicit and implicit contracts to be followed and enforced. I’ll get paid on time, I’ll be physically safe, my work won’t be arbitrarily discarded, things like that.

I can be professional with pink hair. I can be respectful with pink hair. Those are behaviors that I control. But whether you see me as dignified or not? That’s a tougher call. If I dyed my hair brown, would it be enough? What if I grew out the mohawk? Wore a skirt suit? Wore a pantsuit? Stopped using swearwords in my talks?

No, I think the commentariat has proven that no matter how much competence a woman has, no matter how much time and energy she wastes trying to conform to the standards, there are always some people who won’t see her as dignified. And that’s ok, for me. I can afford that, to a degree. But culturally, every time I see someone dismissive about something that is coded as youthful, joyful, or feminine, I worry that they care more about dignity than they do about competence. I’m not ok with that, and you shouldn’t be, either.

Note: Of course I screw this up. My own internalized misogyny and other shit automatically makes me roll my eyes at signals I consider frivolous or less-than, and I will spend the rest of my life trying to eradicate those habits. Someone once told me that the first reaction you have to something is what you were taught growing up, and the second reaction is the more mindful reaction. Fast and slow thought, if you will.

Check your fast thought against your slow thought and try to make decisions based on what you believe, instead of what you ‘know’.

A picture is worth a thousand words

#jskongress 2019 in sketches and slides

Trending on DEV
Senior front end dev here, ask me anything!
#webdev #discuss #ama
Was I a Developer or an Engineer?
#computerscience #career #engineering
I'm writing a book: De-Coding The Passion Project 📘
#books #productivity #startup #showdev
Are you more optimistic or pessimistic for the future of the software development career?
#discuss #career
14 Developers to Follow on Twitter
#webdev #beginners #motivation #career
Remote dev checklist
#discuss #webdev #productivity
In your opinion, what makes a successful employee?
#discuss #career #productivity #watercooler
When starting a new project, when wouldn't you want to build in a cloud?
#discuss #watercooler #architecture #cloud