I was about to start a side project with Angular and began wondering what design system should I use to avoid my app looking like plain html during the process. After doing some research I decided that it is worth noting down my research and sharing it with the world.

Some of the requirements by which the selected design systems were selected: 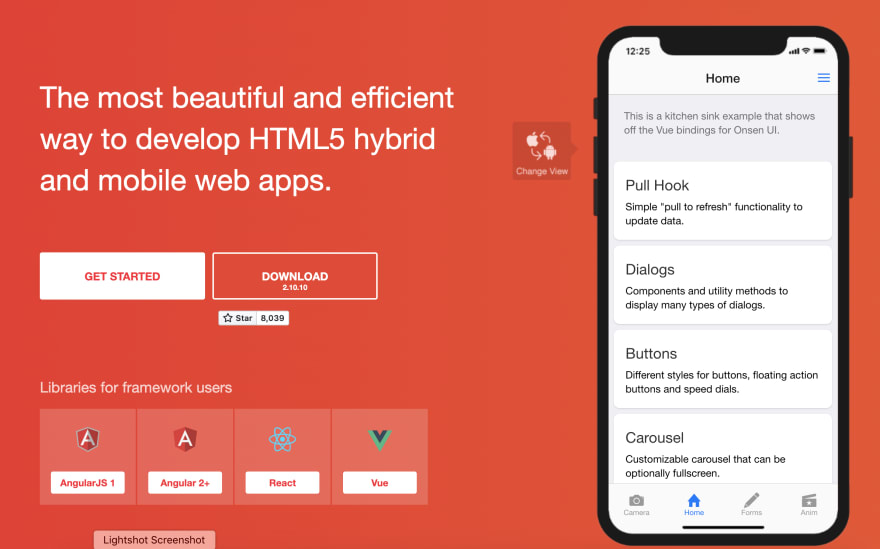 Onsen UI focuses on providing ui elements for hybrid apps and PWA's. The design of components looks very inspired by google material design with its own twist to it. I think could be a great library if you want to focus on mobile experience.

Kendo UI is one of the largest components librarys that I have seen with a lot of focus put on data visualisation and developing data intensive UI's. If Kendo UI was a free service it would definitely deserve the first place on this list.

What is unique about Semantic UI is that its design resemble IOS design system. I think it is a fantastic library if you would like your app to blend in on your Iphone or Mac.

Even though bootstrap is already quit an old component library I still think it is one of the most versatile and flexible libraries available out there. I must give my kudos to bootstrap for keeping up date with web technologies and still making it a solid choice in 2020.

Angular material design is the library to pick if you want the most well developed and supported library for Angular. Why is it so? Angular and material design origins can be traced back to Google, therefor I can see how both of these ideas have developed together over the last decade. Outside of that Angular material is quit a refined UI library which I have used on several project and it have not let me down.

Conclusion:
There are a lot of different component libraries out there and you must pick the one that fits your project the best. In the end, for my project I picked Semantic UI just because I have never developed anything that looks like IOS.

What is your experience with Angular ui libraries?

Coding with Toms💻☕🚀
I eat Javascript for breakfast My mission is to help other developer grow as professionals
10x CSS
#css
Using free tools to optimise a serverless application
#aws #testing #javascript #tutorial
Frontend development in 2020: What are the essentials for beginners?
#beginners #frontend #javascript #discuss