DEV Community is a community of 749,631 amazing developers

My app is called effectnode.com It's a flow based creative coding platform for developers and designers to work together :)

To share the technology with the whole world, i would like to turn it into a front end only library so that all developers can play with what I made. 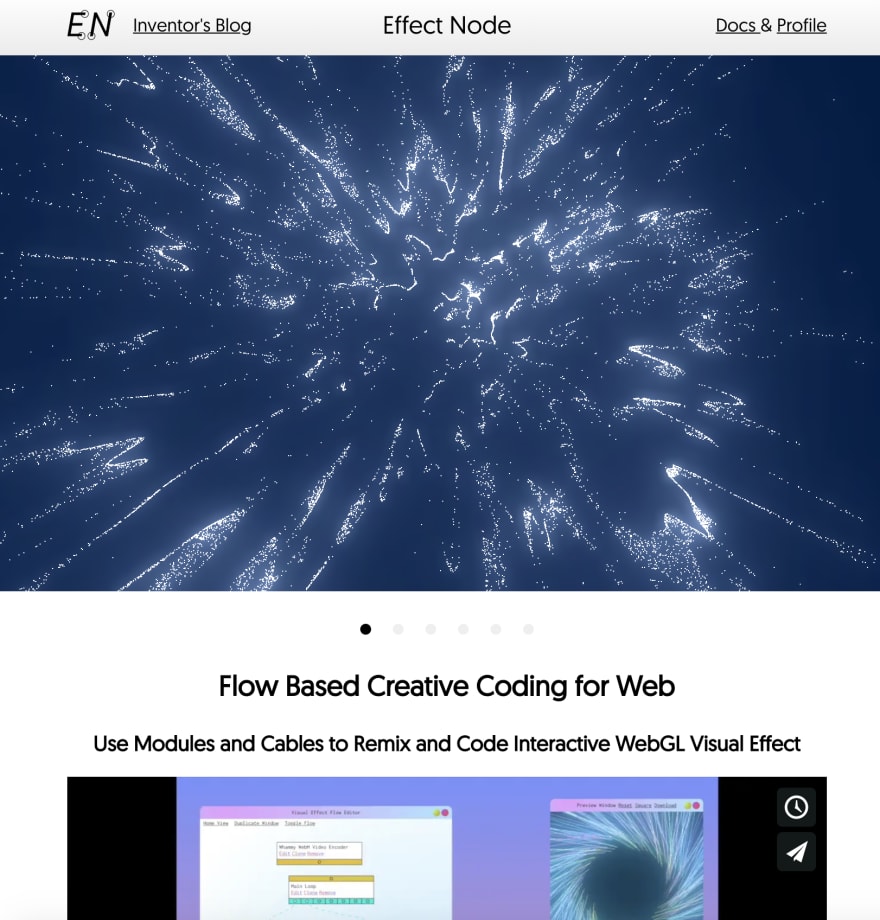 To organise code, we uses modules, just like the idea of es6.

With creative coding, we often needs designer input like coloring, sizing, animation seed, effect amount and timeline and so.

Each module can host its own value sliders, color picker and timeline.

The reason I adopt flow based coding is that it can pass animation data in a visual way and also provide a rapid way to compose effect or mix and match value in desing wise.

There are two modules in the demo picture above.

The Dom Updater modules receive the render event from the message bus and then animate the CSS background linear-gradient of the root DOM of the project.

Why to use »npm ci« instead of »npm install«