As usual, I was heading off to a meeting, and my laptop decided to avoid booting. When it’s Linux, then it’s always at the exact moment you need to do something. I’ve always found the XKCD on Success to best detail the process.

Obviously my favorite words to see on the screen dropping to a shell. And usually it’s caused by your own fault because you wanted to complete no less than one of these:

However this time was different.

To be fair, it was booting, but I was being faced with this:

As usual I was then met with realization of what I would be doing Thursday night, and probably for then next week as well. What is the world was going on. And par for the course, of course it was working perfectly the day before, and I hadn’t touch anything.

Lucky for me, I knew what the problem was, sort of. When I had first got my XPS 13. I decided to try my hand at using UEFI instead of BIOS, and was originally met with this same screen. In this cause the RAID controller was set to use RAID mode instead of AHCI, which was its own adventure to initially resolve. So the drive should have been loaded correctly but it wasn’t.

There is no shortage of posts on stack overflow mentioning this problem, but most of them have nothing to do with my problem (obviously). In this case the problem, I knew was crypt related. Because it’s a laptop, I opted for full drive encryption, and it was that encrypted drive that wasn’t mounting.

At 4 hours, I was getting the hang of the grub configuration and initramfs commands, I hadn’t used either of these specifically in a long time. There isn’t much you can do in either one, and neither of them of helpful in anyway, because what you really need to do is fix both of them, which of course you can’t from there. But that didn’t stop me from pouring over the endless Grub Modules to see if enabling one of them was the missing piece. Spoiler Alert: It wasn’t.

At 8 hours, I thought I had found the holy grail, a post about this exact problem. And it was equally unhelpful. But it was indeed the holy grail, I just didn’t know it yet. Part of that was poor instructions (which for everyone following along I’ll include at the end.)

On Friday, I was told that I should give up and just install a new OS. But I wasn’t convinced it wouldn’t have the same problem.

On Saturday, I eventually found my to Boot-Repair which put me on the path of perhaps Grub install itself was the problem. For the amount Googling I did for “Reinstall Grub” Boot-Repair promised to be the solution as well. While it does quite a lot to try to help out, it couldn’t fix the problem I was having. However before the day was over, I found something else to try and this changed everything.

I had inadvertently stubbled across a somewhat related stack exchange post, while the post itself didn’t point to the answer, it mentioned something interesting.

So that was first up on my radar, and it significantly changed the result. Now instead of going directly to the initramfs shell, I got to stare at this screen for 30 seconds: 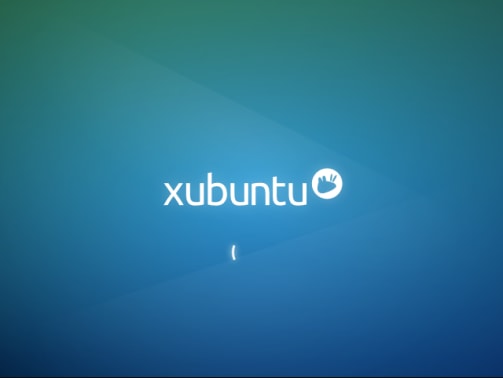 From there it occurred to me that update-initramfs needed an update before everything worked, and that was all it took. Sort of.

So it turned out that I was mounting the encrypted partition from my live usb, directly from the desktop. That wasn’t a good idea. initramfs needed to know the value of my /etc/crypttab mount point name, and the live usb was dynamically generating a different one. Sigh, that was a few hours down the drain. Luckily I was clued into this issue:

So I knew something was going wrong…

There are endless articles talking about how to set up an encrypted partition, but it is worth mentioning what the setup was for me:

The initial warning message was a failure to find the nvme0n1p7_crypt because cryptsetup was never run. Installing cryptsetup fixed the first part, then all I needed to do was, chroot into the fs and update.

Create a emoji-picker in dmenu

Guide to TMUX - Terminal That Remembers Everything

Once suspended, wparad will not be able to comment or publish posts until their suspension is removed.

Once unsuspended, wparad will be able to comment and publish posts again.

Once unpublished, all posts by wparad will become hidden and only accessible to themselves.

If wparad is not suspended, they can still re-publish their posts from their dashboard.

Once unpublished, this post will become invisible to the public and only accessible to Warren Parad.

Thanks for keeping DEV Community 👩‍💻👨‍💻 safe. Here is what you can do to flag wparad:

Unflagging wparad will restore default visibility to their posts.