When I'm working on small to medium-sized private development projects it happens from time to time that I look at my code I have developed over weeks and months and ask myself - is that a good thing?

My impulsive answer is yes, because I put a lot of time and passion into this code. But sometimes I would like someone to confirm that or someone who gives me tips on what I can improve. You don't always have someone available to do a review.

One tool that has helped me with this problem is Static Code Analysis.

The term is usually applied to the analysis performed by an automated tool, with human analysis being called program understanding, program comprehension, or code review. Software inspections and software walkthroughs are also used in the latter case.

So this static analysis of your code can't tell us how the runtime behaviour of our program exactly is, but it can tell us that we are using features in a way, that e.g. could degrade performance. It can't say something about the dynamic behaviour of the program in a specific environment, but it can say a lot about our static code. It's about the following:

You can also understand why an improvement is proposed and see some compliance and not compliant examples. If it's something you accept, you can configure the rules that are checked.

There are actually many implementations of Static Code Analysis, but I would like to take SonarQube as an example. Interest in it has grown steadily since 2013 and it supports many different languages.

Annotation: SonarQube is my example because it's well known in my perimeter, it's OpenSource and there is a Community Edition. I have made no comparisons between different tools. I would rather encourage you to present other implementations of Static Code Analysis as a comment here.

Docker makes it easy to setup SonarQube locally and you can use an image from Docker Hub.

Once you've pulled the image, you can run your SonarQube Container.

Now meet SonarQube at http://localhost:9000. You can login with admin as username and password.

You can analyse Java projects using Maven or Gradle. In my example I use Maven. So I create a project in SonarQube called java-sample and generate a key for it. To analyse my Java project I simply have to run the Maven sonar goal.

You can select the Bugs or the Code Smells to have a closer look to the affected lines of code. And if you want to understand why SonarQube gives you a hint for that specific case, you can click on See Rule and you get the more specific explanation.

For most of the other languages you need sonar scanner. My example for this is a python project.

You can install sonar scanner on all operating systems. In my case it's MacOS.

I create a new project in SonarQube, call it python-sample and generate a new key for it. To analyse my Python project I simply have to run sonar scanner inside my python project root.

As you can see here, sonar scanner does not simply analyse the Python code but every code that it can understand. In this project we have for example 19k lines of JavaScript code, which were also analysed. 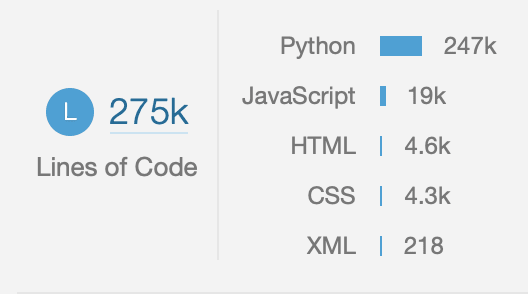 So you have seen how simple it is to setup a static code analysis tool, which analyses your Code and gives you helpful hints to make it better. I think it's a good way to get some sort of an external perspective. If you want to go one step further with a persistent database to have a historic analysis of your code you can do that too. But before it gets too complex I think you should consider to integrate this static code analysis inside a CI/CD pipeline like you would do in a larger context.

SonarQube and other tools for static code analysis have much more features than we've seen in this short post. Maybe there is a more lightweight one for local quality checks. If you know one, leave a comment. There may also be many plugins for IDE's that gives you the same functionality without setting up a separate Docker Container for static code analysis. If you have recommendations, please leave a comment.

How to change default branch in SonarQube Community Edition

Once suspended, yannick_rest will not be able to comment or publish posts until their suspension is removed.

Once unsuspended, yannick_rest will be able to comment and publish posts again.

Once unpublished, all posts by yannick_rest will become hidden and only accessible to themselves.

If yannick_rest is not suspended, they can still re-publish their posts from their dashboard.

Once unpublished, this post will become invisible to the public and only accessible to Yannick Rehberger.

Thanks for keeping DEV Community 👩‍💻👨‍💻 safe. Here is what you can do to flag yannick_rest:

Unflagging yannick_rest will restore default visibility to their posts.