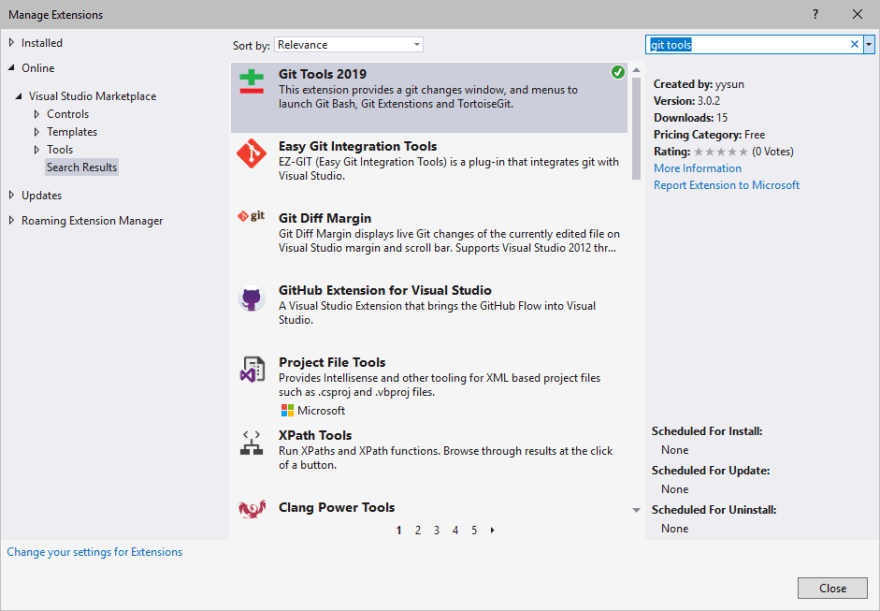 You can select the menu "Extensions | Git Tools | Git Changes" to bring out the Git Changes Window. 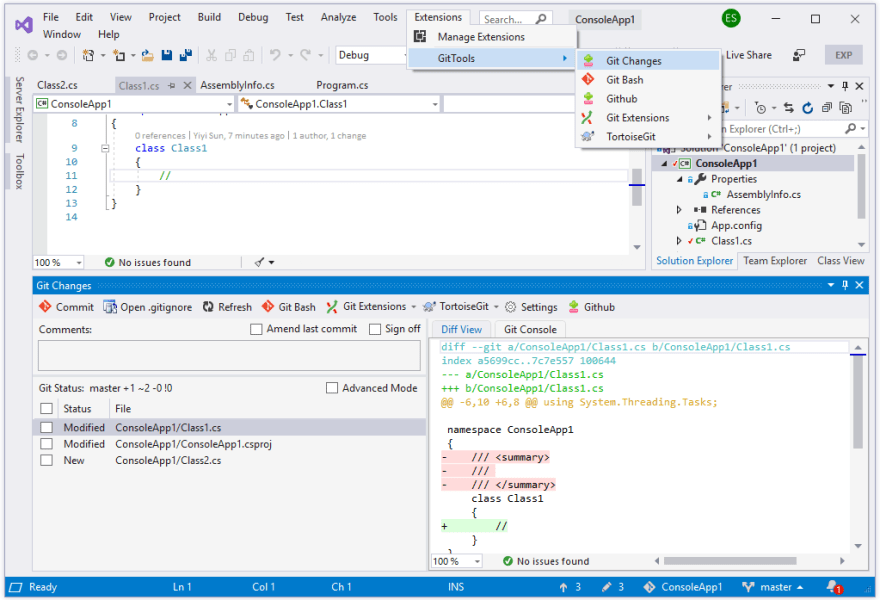 The Git Changes Window displays the changes in the Git repository. ❶ By clicking the changed files, the diff viewer on the right side shows the file content differences. ❷ It lets you review the changes. 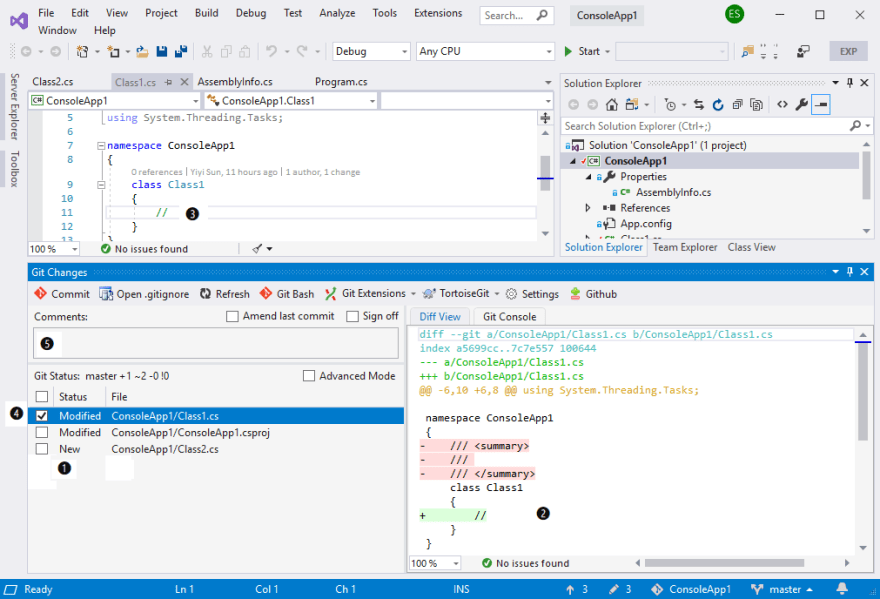 You can double click the changes in the diff viewer. ❷ It loads the changed file into the main code editor and navigates to the changed line. ❸ It lets you adjust and refine your code. Once you are satisfied, you can select the file(s) ❹, enter comments ❺, and commit.

Step ❶ to ❺ completes committing code in the Simple Mode. The benefit of the Simple Mode is that it hides the concept of Git staging area/index, which makes it easier for beginners, as well as simplifies the commit workflow.

The Git Changes Window also has the Advanced Mode. In the Advanced Mode, it displays both the changes and stages changes. ❶ The diff viewer provides more menus. ❷ It allows you not only to stage and un-stage the files but also to stage and un-stage the selected part of the files. As well as to reset/undo the selected part of the files. ❸ 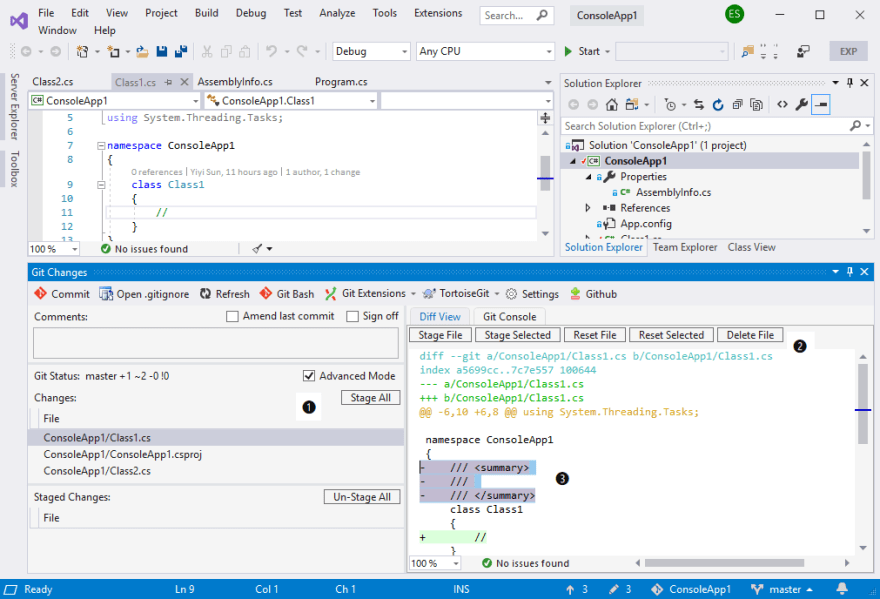 I only focused on the Git Changes Window and left out other Git features to be implemented by Visual Studio itself and other Git GUI Tools. 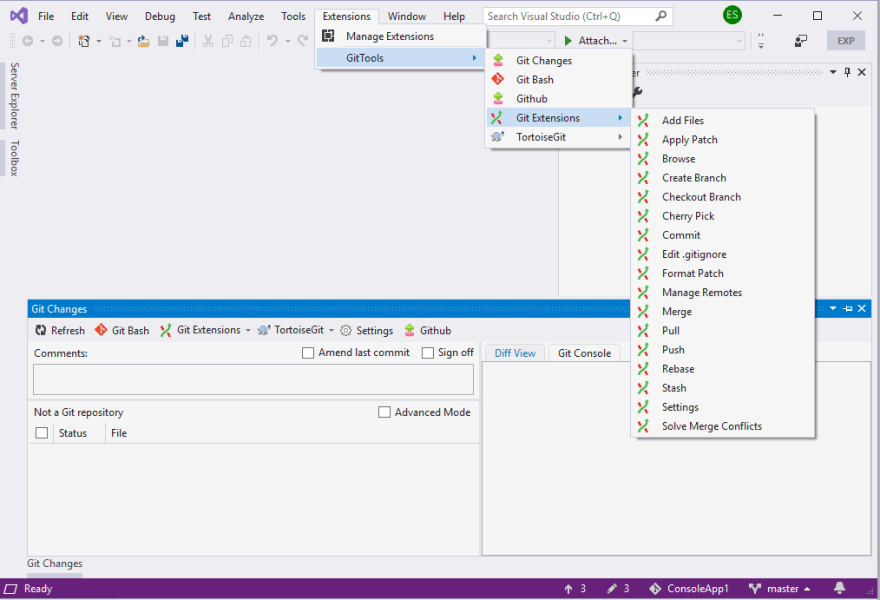 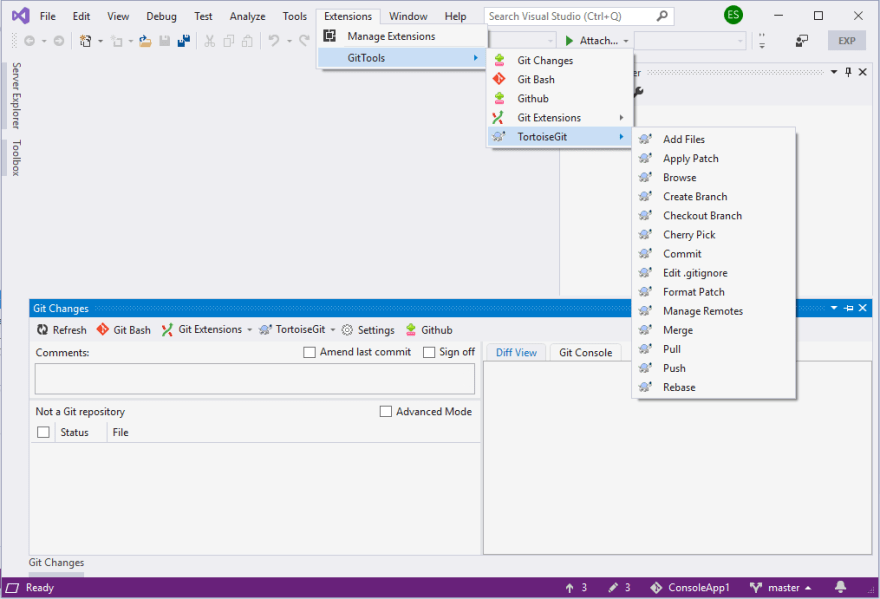 I developed the first extension to support Git for Visual Studio 2008/2010 when very few people believed that Git would become so popular as today. Eventually, Microsoft has supported Git officially since Visual Studio 2013. However, Git Tools/Git Tools 2019 still provides extra features and values to developers by enabling them to follow the Git commit best practices.

Git Tools/Git Tools 2019 remains as an open source project. You can find the source code from Github: https://github.com/yysun/git-tools.

Please donate or support the project on Patreon. 👍❤️🙏

Have fun until next time.