Today, at Day 19 was the challenge day — and it was great! Basically, you had to build a unit conversion-app from scratch. Paul gave some examples on units and some tips and tricks — and then you were on your own.

And this is, what the app looks like. Not really pretty, but it get's the job done: 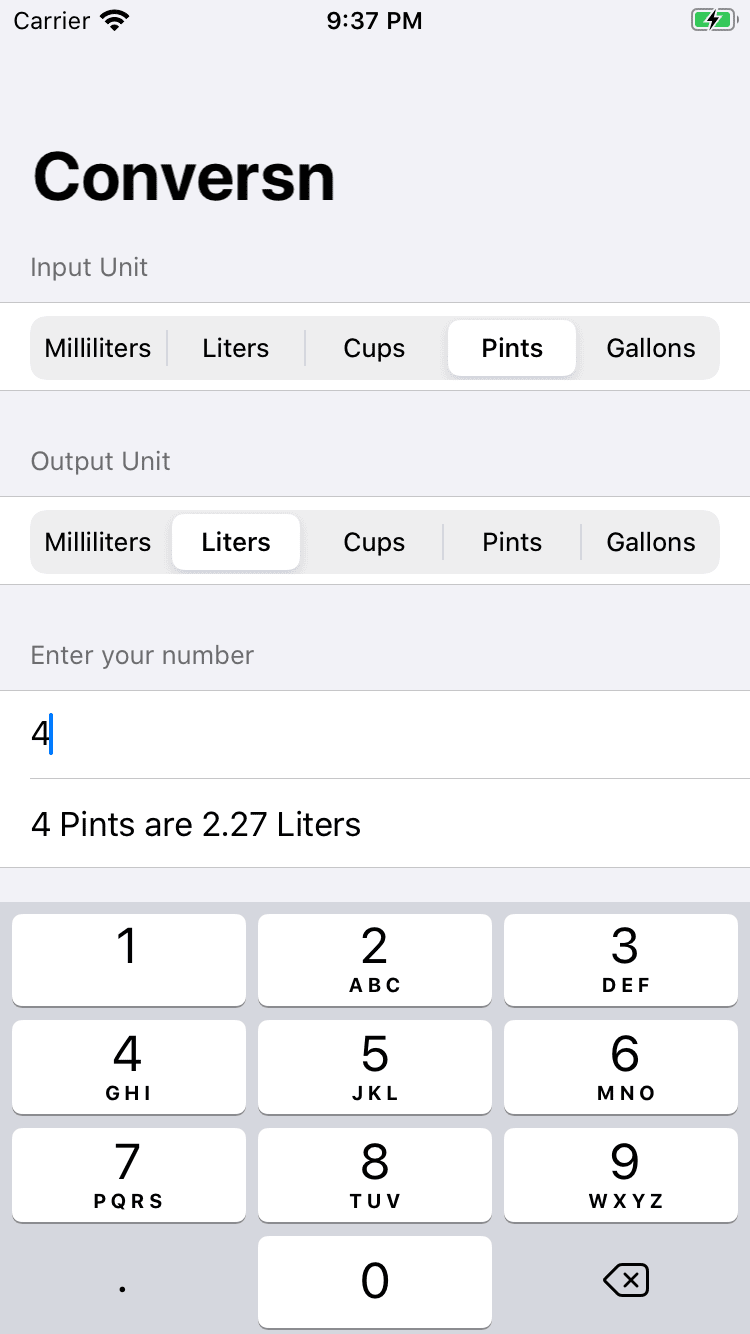 I learned, that there's a built-in unit conversion in Foundation called (NS)Measurement. I didn't expect that, but wow, that's great! So the code to convert pints into litres (or liters) is pretty straightforward:

units are an array of type: [(title: String, unit: UnitVolume)] so that I can show a nicer text in the pickers instead of only the symbol:

I learned, that I can't use the fancy string formatting in string interpolation in computed variables, unfortunately. The SwiftUI itself is a Form with some Sections, nothing special.

I enjoyed today's task and again: I'm looking forward to tomorrow. Obviously, Paul knows how to motivate people. Thank you for that! Solving the challenge didn't take as much time as writing this blogpost ¯\_(ツ)_/¯

Working with big files in golang