I saw a message on the Telescope Slack that there was a bug with the URL parser for elastic search where the URL would have the port twice for example if the URL was http://elasticsearch:9200 the parser would add the port without checking if it had one. So, there would be an error because the URL was this http://elasticsearch:9200:9200. Which was causing an error for obvious reasons. My solution was to check if the URL has a port and it would not add a port but if it did not it would. I was going to implement it with the URL in NodeJS. The URL class in NodeJS allows us to check for port and host very easily and I though it would be the perfect solution.

The NodeJS URL Library has the URL class, to use it you can do the following

This will create a class with a bunch of properties
which you can then call or add to. 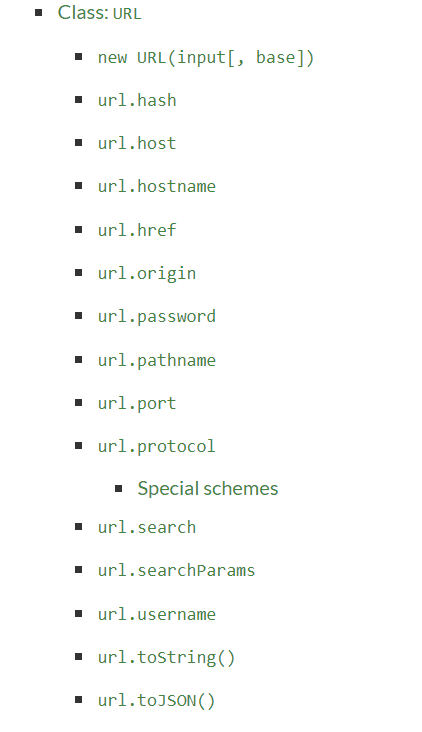 The coolest part is, it will automatically decline invalid properties. For example lets say we have Class above and we wanted to change the port

As, you can see the port is automatically declined and just does not accept it as an input.

The plan is to use this class to fix the small bug. The Issue is here https://github.com/Seneca-CDOT/telescope/issues/1442 and I had the following plan use the URL class to fix this at the root of the problem and it would not matter what our environment host and ports are.

Devansh Shah
My name is Devansh shah and welcome to my blog about my journey in Open-source coding. I have interests in fin-tech, Ar/Vr and web development.
Telescope: Small Bug becomes a Feature? (3/3)
#opensource #javascript #testing #github
Telescope: Fixing the "small bug" (2/3)
#opensource #node
Telescope: a high severity vulnerability
#opensource